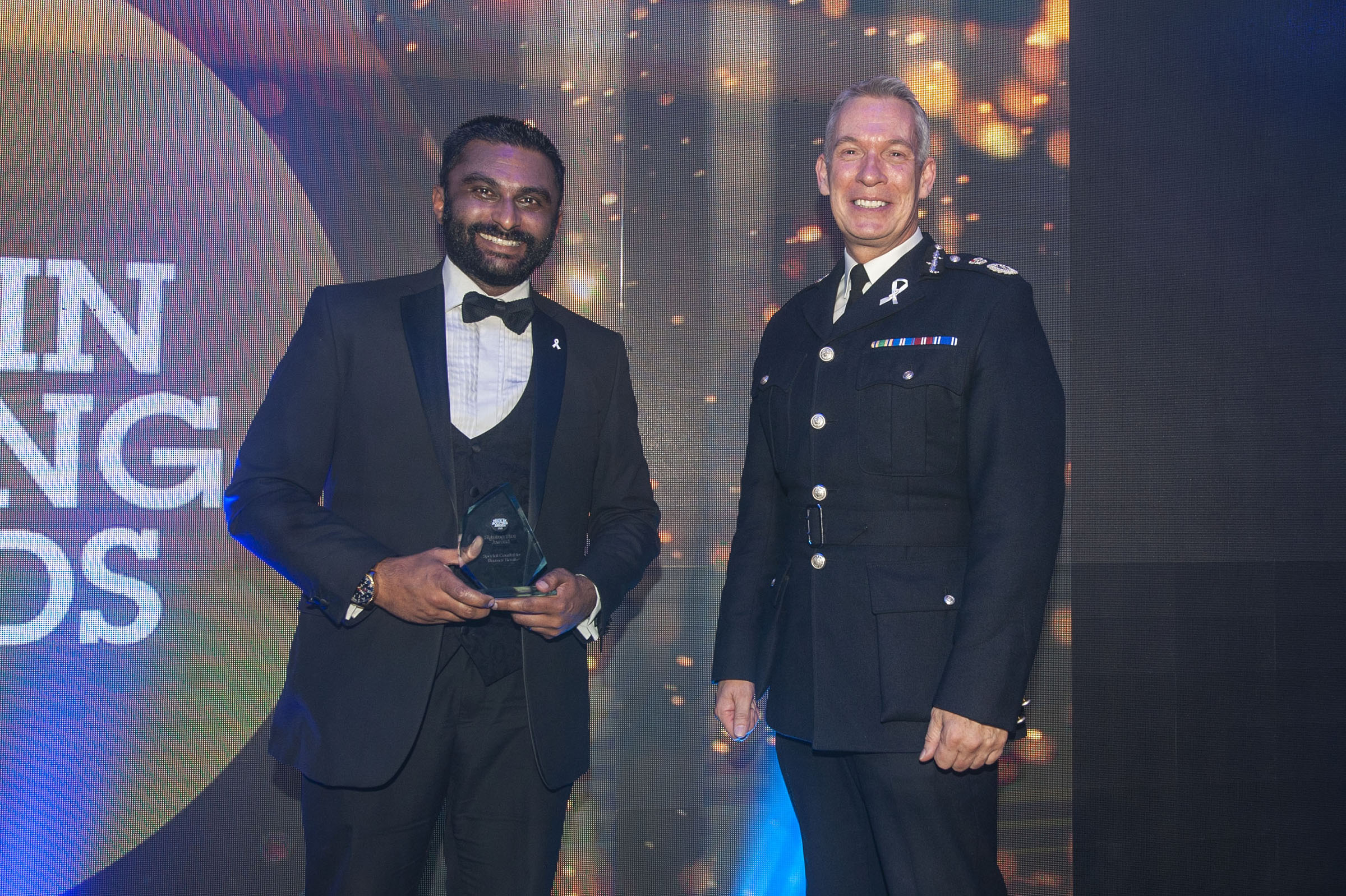 Meet the Shining Star from our Pride in Policing Awards - Ummar Hanif!

From meeting Cabinet Ministers to helping track down wanted suspects and encouraging others to follow in his footsteps – meet the Shining Star from our Pride in Policing Awards.

During office hours Ummar Hanif advises the British Government on international investment but in his spare time he volunteers as one of Northumbria Police’s most active Special Constables.

The 35-year-old first joined Northumbria Police in January this year and quickly found his feet working across Gateshead and Newcastle, as well as spending time with our specialist Operations Department.

On his first-ever shift, the father-of-two made an arrest after just 20 minutes on patrol – while another saw him wrangling snakes at a crime scene.

And when he’s not responding to calls from the public, Ummar takes an active role in encouraging people from underrepresented communities to consider a career with policing, helping the Force recruit the very best candidates from all backgrounds and leading to a more representative workforce and reflective of the wonderfully diverse communities we serve here in the North East.

He also visits youth groups and attends other events to promote the work of Northumbria Police and the opportunities available.

Ummar said: “I was overwhelmed to win the award, especially given that I feel I personally get a great deal out of being a Special.

“Volunteering is rewarding, challenging, pushes me each shift and I have met some of the most amazing people – there really is no better way to give back to your community.

“Being a Special has helped me build my confidence, quick-thinking and communication skills, as well as keeping me fit.

“I am also passionate about helping show people from communities who may not have traditionally considered a career with policing that this is a path open to them and one where they can make a difference.”

He added: “I’ve held a number of volunteer roles previously, but feel like I’ve finally found my calling, serving the public as a Special Constable.

“My wife is a serving Police Officer of 12 years in a neighbouring force and my father was the Vice Chair of Cleveland Police Authority, so police work runs in my family.

“I think for me the moment I knew I wanted to get involved with policing was seeing my father receive his MBE for services to policing from the Prince of Wales – I was so proud of him and I wanted to follow in his footsteps.

“I hope to continue serving the public on behalf of Northumbria Police for the foreseeable future and maybe even officially join their ranks as an officer one day like my family before me.”

Northumbria Police Chief Constable Winton Keenen was full of praise for Ummar and all volunteers who make a difference to people’s lives.

“I am delighted Ummar’s incredible efforts have been recognised with the Shining Star Award,” he said. “He may have only been with the Force for a relatively short time, but he has already made such a big impression, not only on his colleagues but also the communities he serves.

“In taking an active role in helping to recruit new officers by sharing his own positive experiences, the difference he is making today will also have a lasting impact for the future.

“Ummar you are a shining example to us all.”

Chief Constable Kennen added: “I would also like to take this opportunity to thank all of our volunteers who dedicate their free time to make a difference to our communities here in the North East.”

If Ummar’s story has inspired you, then visit our careers website to see how you can volunteer with #TeamNP