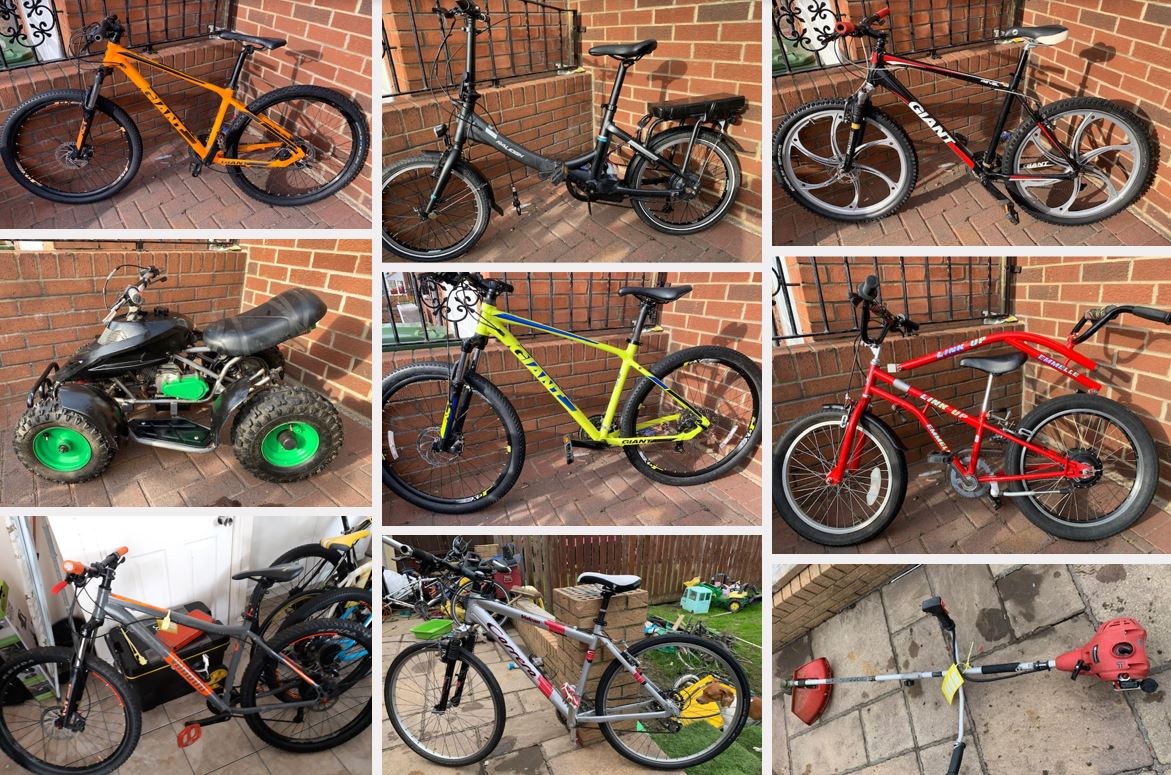 Officers have seized more than 30 suspected stolen bikes after executing a warrant in Sunderland – and are asking their rightful owners to come forward.

An investigation is ongoing after police uncovered the haul inside an address in the South Hylton area of the city last week (October 25).

It is believed that the bikes, worth thousands of pounds, have been stolen from addresses across Sunderland, South Tyneside, Newcastle and North Tyneside.

Police also seized a range of other items including a child’s quad bike, a petrol strimmer and a generator.

A 39-year-old man was arrested at the scene and remains under investigation.

Officers have now released various images of the seized items and are asking anybody who believes they belong to them to get in touch.

PC Louise Edwards, who is leading the investigation, said: “This was a fantastic discovery while executing a warrant at an address which we suspected to be involved in criminality.

“Inside, we came across dozens of bikes and other expensive items which we suspect to have been stolen from across Northumbria over the last few weeks and months.

“Today, I am releasing images of some of the most distinctive items in the hope of identifying and reuniting them with their rightful owners. We hope these victims could have information that can assist our ongoing investigation.

“If you recognise any of these items, or believe you have been a victim of theft or burglary and had a bike stolen recently, please come forward and speak to us.

“By working together, we can continue to ensure perpetrators are brought to justice and make sure Northumbria remains a safe place to live and work.”

If you recognise any of the bikes pictured, please email 460@northumbria.pnn.police.uk with your contact details.