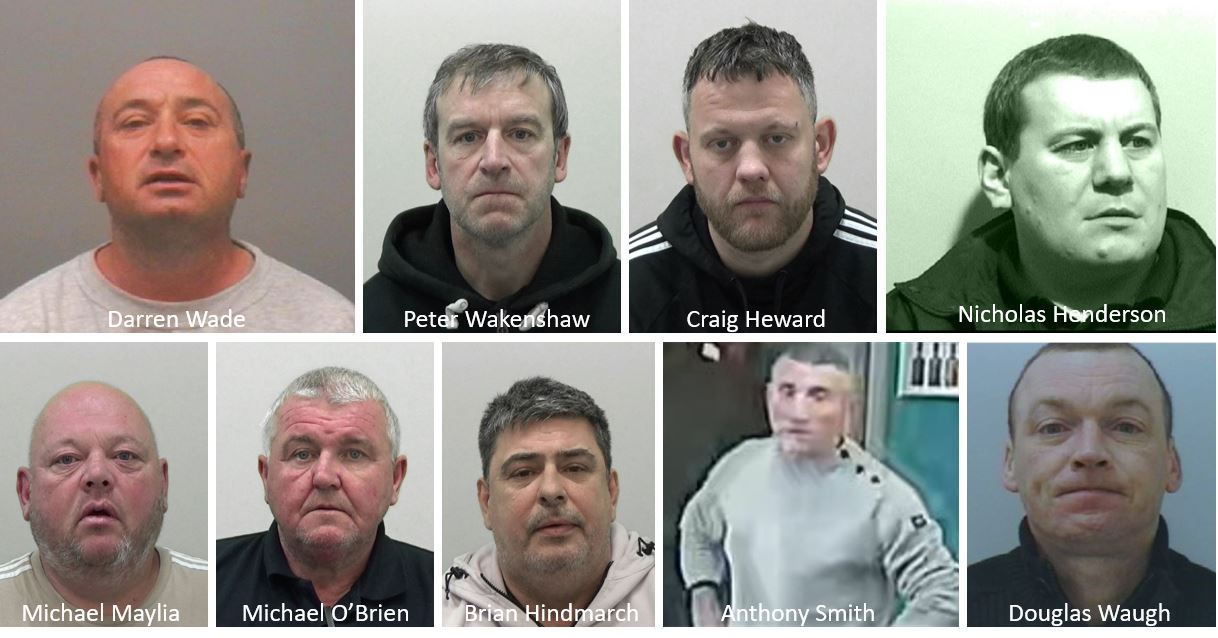 Nine football hooligans have been jailed for their part in widespread disorder at a Newcastle United away game.

Burnley and Newcastle played in a Premier League match at Turf Moor on December 14, 2019 – but the fixture was marred by serious disorder at a pub close to the ground.

At 4.25pm, around half an hour before the game was due to end, two Newcastle fans, Peter Wakenshaw, 51, and Darren Wade, 49, entered the Turf Hotel on Yorkshire Street.

The pair began singing Newcastle-related songs in the middle of the pub, chanting and raising their arms in the air.

The men were asked to leave, with Wade forced out of the pub. Wakenshaw was punched and had a bar stool thrown at him before leaving.

A few minutes later, Douglas Waugh, 53, another Newcastle supporter, entered the bar. He gestured towards people behind him before a large group of men entered the pub causing large-scale disorder.

One fan was seen on CCTV holding a pool cue as a weapon, with the group’s behaviour including inciting and encouraging disorder, violence and using bar furniture and stools as weapons.

Around 4.35pm the group made off from the scene, with police called.

Lancashire Police launched an investigation, supported by Northumbria Police’s dedicated football intelligence unit and both clubs, and a series of offenders were soon identified.

Last week, nine men were jailed and a tenth received a suspended sentence after appearing at Preston Crown Court. An 11th man, Thomas Young, 53, is due to be sentenced in January next year.

Detective Inspector Gill Beecroft, of Northumbria Police, said: “While the overwhelming majority of fans who travelled down to Burnley behaved impeccably, the actions of a minority were totally unacceptable.

“Our dedicated football intelligence unit has worked hand-in-hand with our colleagues at Lancashire Constabulary in order to identify those responsible and I am pleased these individuals have now been brought to justice.

“I hope this outcome acts as a lesson to any supporter who intends to cause trouble on match days.

“Football fans in the North East are among the most passionate and knowledgeable in the entire country, and I’m proud that in recent years we have worked very closely with supporter groups, clubs and other partners across our region.

“We look forward to building on that positive relationship and strong understanding throughout the 2021/22 season.”

He said: “The group effectively stormed the Turf Hotel, a well-known pub for Burnley fans, before making off from the scene having left a trail of destruction.

“I’ve no doubt Wakenshaw and Wade first entered the bar looking to cause trouble. Having been ejected they returned with a group of fans looking for a fight.

“These sentences are a timely reminder to the small number of people intent on causing trouble there is no place for this type of behaviour.

“We can, and will, bring those responsible for such behaviour to justice and hope to bring an end to all football related violence.

“Families and true supporters want to follow their teams without the fear of trouble and violence.”

The men involved were:

A football banning order forbids individuals from attending all regulated football matches in the UK for a fixed period, which includes Premier League, Championship, League One, League Two and Conference fixtures.