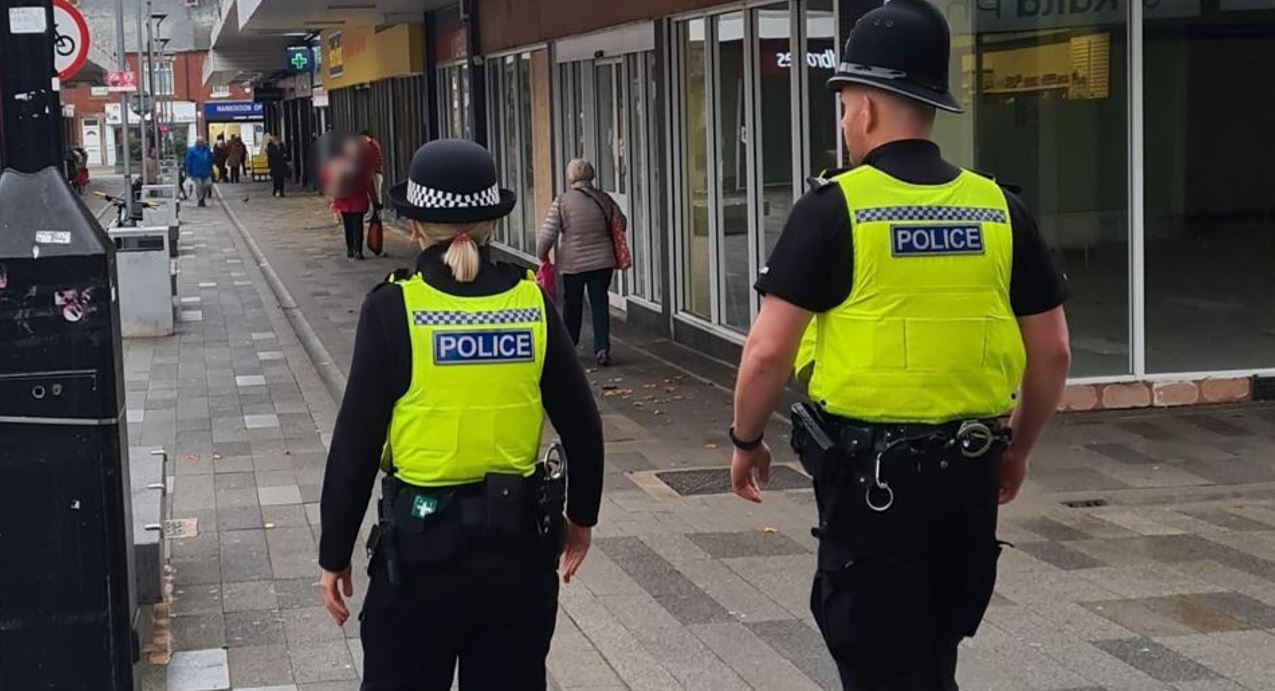 A team of officers whose innovation led to a 30 per cent reduction in anti-social behaviour have vowed to maintain the momentum this winter.

The Hebburn neighbourhood team launched ‘Hebburn MAPS’ in 2019 following a rise in youth-related disorder in the town.

The initiative, which stands for Multi Agency Policing Solutions, sees officers working with South Tyneside Council and other organisations to devise a number of incentives aimed at leading teenagers away from criminality.

This included working with businesses to offer free cinema tickets as part of a creative poster competition and the use of Cleghill Community Centre on evenings to encourage young people to take up free sport sessions – rather than getting caught up in disorder.

Neighbourhood officers attended and led some of the events to positively engage with the young people and help break down barriers.

The innovative approach led to a 32 per cent decrease in anti-social behaviour between April 2019 and February 2020 compared to the same period one year earlier.

Now, as the Hebburn MAPS project resumes following its pause during Covid-19 restrictions, officers have vowed to continue the good work in a bid to curb offending.

PC Jason Sweeney, of Northumbria Police, said: “The overwhelming majority of young people are an absolute credit to themselves and their community.

“However, we know that pockets of anti-social behaviour do happen – and in the last few weeks we have seen an increase in reports of concern raised by residents. We are aware of this and are already taking action in a bid to ensure they do not continue.

“Working with the council and our partners, we saw the instant results that Hebburn MAPS had before lockdown. We’re delighted to be able to get this up and running again – and I’m confident this proactive approach towards anti-social behaviour will reap its rewards again.

“Clearly, anybody who does make life a misery for others by being involved in anti-social behaviour will be dealt with swiftly and appropriately. Over the last fortnight alone, we have interviewed five teenagers in connection with a spate of incidents in the town.

“Several others have been issued with acceptable behaviour agreements, where we have sat down with their parents or guardians to reiterate that such conduct can not continue, while dispersal notices have been put in place to avoid large gatherings in problem areas.”

PC Sweeney asked the public to continue to help police and partners by reporting incidents of anti-social behaviour.

He added: “I would like to thank the community for their support, and I do believe we have made great strides in Hebburn in recent years.

“However, we will not be complacent and have increased targeted patrols in specific areas in a bid to ensure the progress we have made is not unravelled.

“We would ask people to continue reporting any incidents to us, so that we can build a clear intelligence picture and ensure the town remains a safe and pleasant place to live, work and visit.”

Northumbria Police and Crime Commissioner, Kim McGuinness, welcomed the work being done in Hebburn to tackle anti-social behaviour - and said it is important to keep building on it.

She said: “This is exactly the sort of update residents of Hebburn want to hear. There have been concerns, the neighbourhood teams have listened, and this activity shows the good work that is happening to tackle the problem is working.

"What’s important now is that we keep building on this to prevent recurring anti-social behaviour problems.

“Working with young people rather than against them has far greater benefits in the long run so I’m delighted to see this approach being taken by Northumbria Police. Nobody should have to put up with anti-social behaviour.

"I know it can make life miserable but if we don’t work hard at the prevention and intervention stage it will keep happening again and again. The numbers show this approach is working and we all want this to continue.”

Councillor Ernest Gibson, Lead Member for Area Management and Community Safety at South Tyneside Council, added: “Anti social behaviour is a real concern in communities. It reflects negatively on our neighbourhoods and can have a serious detrimental impact on the quality of life for residents.

“It’s extremely encouraging that the multi-agency work in the Hebburn area has been having the desired effect in helping to tackle issues over recent years, and that action is being stepped up again following local concerns.

"The support of our communities is critical to the success of this strong partnership. We urge members of the public to keep telling us when problems occur so that agencies can deal with issues in the short term while developing long term solutions.”

If you have any information about anti-social behaviour in your area, you can report it via the ‘Tell Us Something’ page of our website or by calling 101. In an emergency, always ring 999.