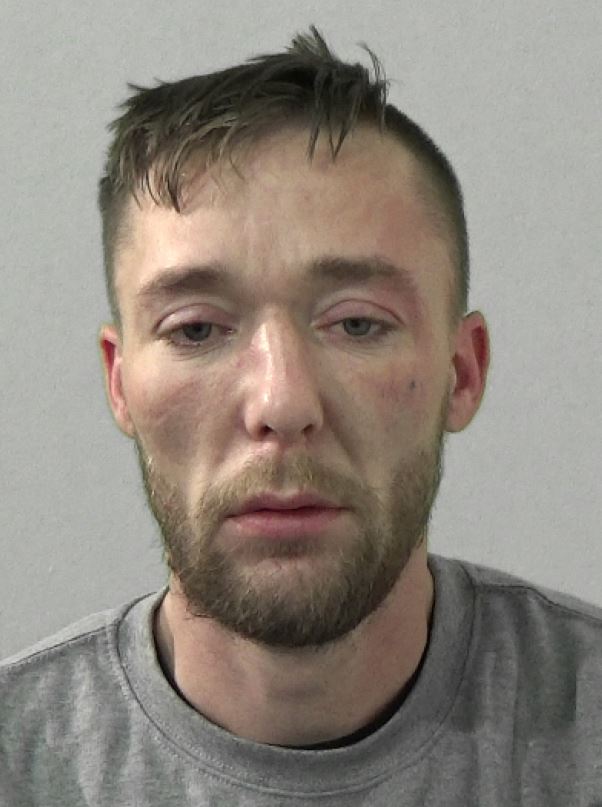 Jordan Alexander admitted a string of offences across Morpeth and Ashington

A prolific thief who targeted homes and cars during a shameless offending spree has been arrested, convicted and jailed – all within 48 hours.

Jordan Alexander caused misery to residents in Morpeth and Ashington earlier this month after carrying out a string of offences.

Over a two-night spell, the 33-year-old was responsible for a number of thefts and burglaries – breaking into houses, sheds and vehicles, as well as stealing a car and driving it while disqualified.

But Alexander’s luck soon ran out as police launched an investigation into the suspicious spate – and some dogged determination and top teamwork resulted in the crook being brought to justice within two days of his arrest.

Alexander, of Lindisfarne Close, Pegswood, Morpeth, pleaded guilty to six offences and asked for another 10 to be taken into account when he was sentenced.

On Saturday (November 27) he was jailed for 24 weeks by magistrates in Newcastle.

Inspector Phil Patterson, of Northumbria Police, said: “This was a shameless spree as Alexander committed offence after offence across Morpeth and Ashington.

“His selfish behaviour was alarming and erratic – leaving his victims feeling scared and anxious in their own homes, which should be their safe haven.

“I am therefore absolutely delighted that he has been taken off the streets and this outcome was only possible thanks to some excellent teamwork between the public and officers.

“I would also like to thank all our partners across the criminal justice system who acted quickly and decisively in order to bring Alexander to justice – all within 48 hours of being detained.

“We will not tolerate criminality in our region, and are proud that it is among the safest places in the country to live, work and visit.

“However, when individuals such as Alexander show a total disregard for the law and his own community, it is essential that they are quickly identified, convicted and put behind bars.”

Alexander was charged and pleaded guilty to six offences – including burglary, attempted burglary and theft from a motor vehicle relating to offences that he committed across Morpeth in the early hours of November 19.

He also admitted stealing a Skoda from outside a home in Ashington on the night of November 23 before joyriding it, despite being banned from the roads and having no insurance.

The defendant initially refused to cooperate with police upon arrest but later admitted all six offences – and requested that 10 others which he committed in Morpeth and Ashington over those two nights were taken into account.

He now begins a custodial term.