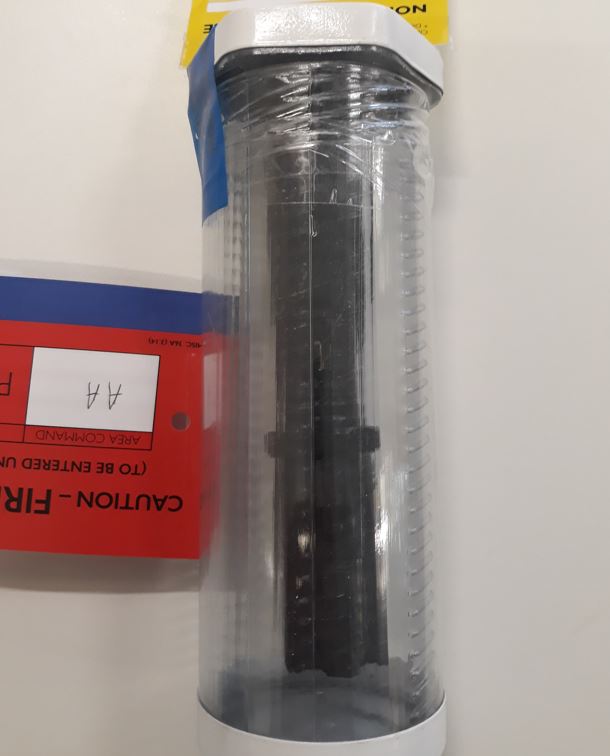 This seemingly innocent torch has been seized and a suspect arrested – after officers learnt it was a disguised Taser.

Officers were called to Ryhope Village and District Club in Sunderland after concerns were raised about a man acting suspiciously inside.

It was reported that the male may be in possession of an offensive weapon and families were growing concerned with a number of children present.

Officers swiftly attended the premises on Sunday afternoon and located a man who matched the caller’s description.

When searching the suspect, police found him to be in possession of what looked to be a normal black torch. But on closer inspection, it was found to be a Taser capable of inflicting painful but non-lethal injuries.

A 44-year-old man was subsequently arrested on suspicion of possessing an offensive weapon and the item was seized.

Officers have now praised the member of the public who reported the suspicious activity and helped take a potentially harmful weapon off the streets.

Detective Inspector Andy Richardson, of Northumbria Police, said: “This seizure was only possible because a member of the public spotted a man acting suspiciously and did the right thing.

“Fearing he may be in possession of a weapon, in full view of children, they alerted us and that allowed us to get officers to the scene within a matter of minutes.

“This Taser could have caused substantial injury and it is concerning that it had been disguised as an every-day torch. I’d like to thank the officers at the scene who made the discovery and followed their instinct.

“It is absolutely unacceptable to carry any kind of weapon and an investigation is ongoing into the circumstances surrounding this discovery.

“We are committing to taking robust action against anybody found in possession of a weapon and are pleased that we have been able to take this off the streets and out of harm’s way.”

The man arrested has since been released on police bail. Enquiries are ongoing.

If you see anything suspicious in your community, please report it by contacting us via the ‘Tell Us Something’ page of our website or by calling 101. In an emergency, or if a crime is taking place, always ring 999.