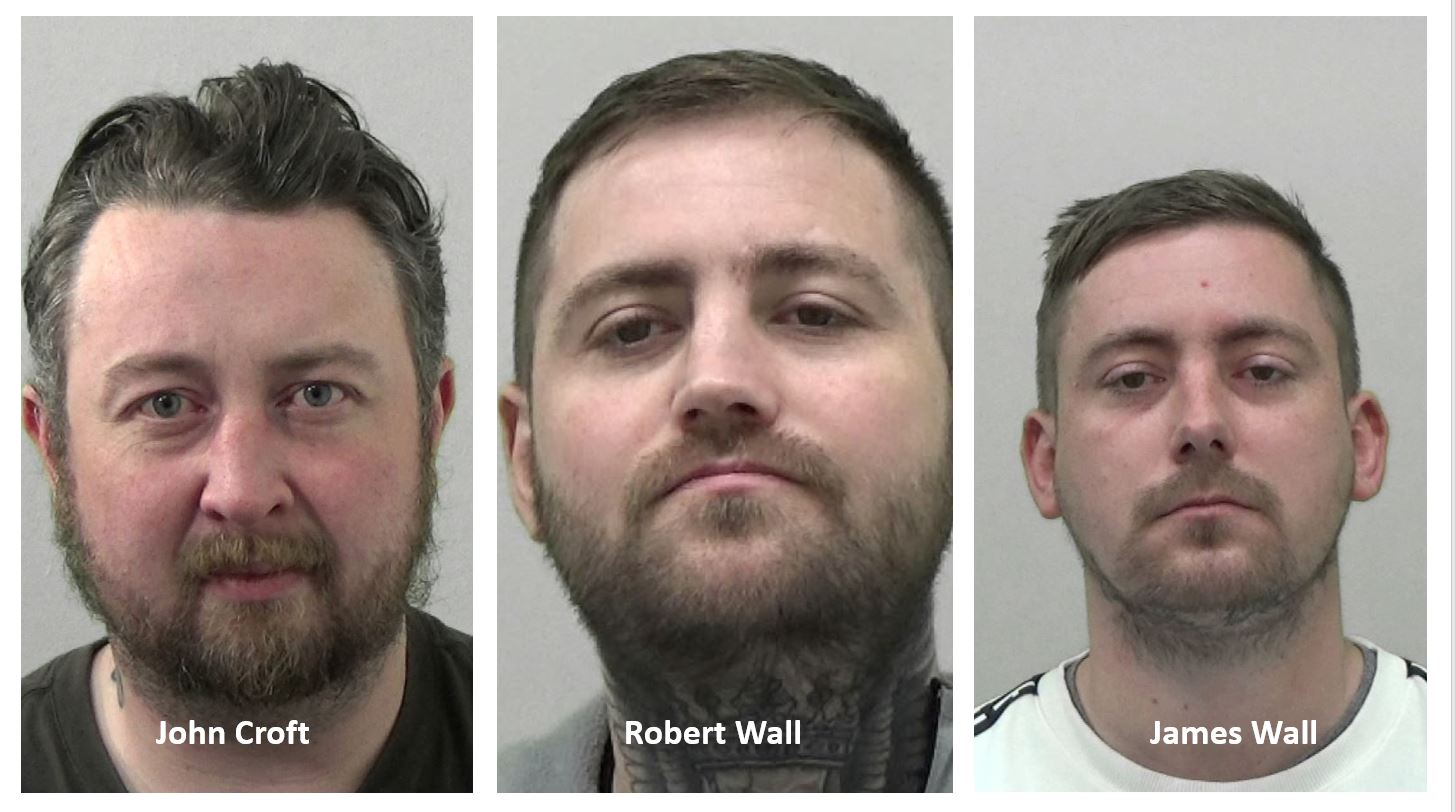 A group of smash and grab burglars have been jailed after leaving three North East golf clubs thousands of pounds out of pocket.

Clubs in Northumberland and Durham were targeted last year by greedy thieves Robert Wall, James Wall and John Croft who had their sights set on a high value haul.

The trio exploited the Covid lockdown and  made their first move on April 2, when they reversed a vehicle into the doors of the club of exclusive Close House Golf Club in the early hours of the morning, before ransacking the premises and taking around £16,000 of stock.

Then, three days later the thugs struck again. This time breaking into Chester-le-Street Golf Club using a hammer, which officers would later find at the scene. A haul of historic trophies, including the Hermitage Cup which dates back to 1912 was stolen, leaving the club owners devastated.

Undeterred that subsequent investigations had been launched by officers at both Northumbria and Durham police, the burglars tried their luck a third and final time on April 22 when they smashed through a gate and then reversed a truck through the front of the golf shop  at Ponteland Golf club.

Once inside, the reckless raiders took £20,000 of equipment before fleeing the scene.

However, it wasn’t long before detectives from Northumbria Police’s High Impact Team closed in on the group, arresting the trio on June 13. Together, with their counterparts from Durham Constabulary, detectives scoured CCTV, seized devices, and DNA left at the crime scenes to bring about charges.

Robert Wall, 32, of Stamforham Road, Newcastle admitted conspiracy to burgle in relation to one of the raids and two offences of handling stolen goods, has was jailed for two years on September 17.

His co-accused John Croft, of no fixed abode also appeared alongside him at Newcastle Crown Court where he admitted conspiracy to burgle and dangerous driving after ramming a van into a police car, injuring an officer.  He also admitted blackmail, possessing an offensive weapon and affray. He was jailed for for a total of seven years and ten months.

And yesterday (Tuesday) James Wall, of Cornhill, East Denton pleaded guilty to conspiracy to burgle and was jailed for 43 months.

Speaking after the sentencing Detective Chris Forster from Northumbria Police said: “Burglaries can ruin businesses, threaten livelihoods and have serious consequences for those who fall victim.

“I am pleased that through a joint investigation with our colleagues in Durham, we were able to present a strong case before the courts which left these despicable men with no choice other than to admit their guilt.

“Hopefully they can use this time behind bars to contemplate their actions.”

Speaking about the impact the incidents had on his area, Detective Constable Chris Bentham from Durham Constabulary added: “These trophies had great sentimental value for many of the golf club members some of whose families go back generations of winners so it was brilliant to see them back in their rightful home and on proud display.

“The investigation is a good example of the two forces working together to bring those responsible to justice and we are delighted with the outcome.”