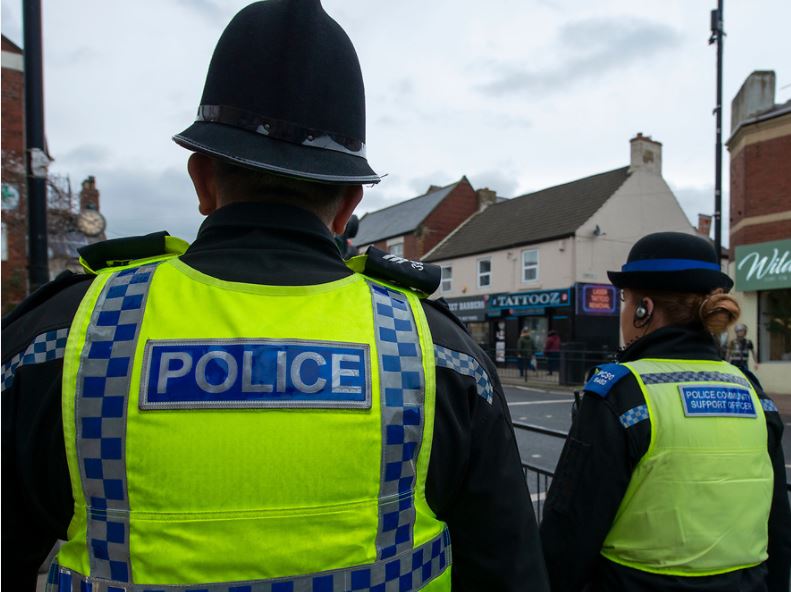 Two Good Samaritans have been praised after helping to detain a suspected robber accused of snatching a woman’s handbag.

Shortly before 4pm on Monday (September 20) officers received a report of a robbery in a supermarket car park in Hebburn.

It was reported that a woman was packing her car at Aldi on Glen Street when she was approached by a male who threatened her, before swiping her handbag and making off.

Two members of the public witnessed what happened and chased after the suspect, while two neighbourhood officers on patrol in the area were flagged down.

A  50-year-old man was arrested and later charged with robbery.

Today, Inspector Denise Easdon paid tribute to the quick-thinking men who ran after the suspect and were able to retrieve the woman’s handbag – which had her phone and purse inside.

Insp Easdon said: “This was an outstanding team effort between the public and our officers to ensure a suspected robber was quickly detained.

“I would like to commend both men for their bravery and swift actions which were instrumental in securing this positive outcome, as well as the officers who were on patrol and were able to intervene.

“The suspect will now appear before the courts, and I would like to reiterate that this type of criminality will not be tolerated.

“We are proud of the spirit and togetherness within our communities, something this region is famed for, but when a minority of people look to bring misery to others for purely selfish means we will take robust action against them.

“We will continue to do all we can to ensure this area remains a safe place to live and work, and would like to thank the community for their ongoing support. If you see anything suspicious, always report it.”

The arrested man appeared before magistrates in South Tyneside yesterday (Tuesday). He has been remanded in custody until he is due to appear at Newcastle Crown Court next month.