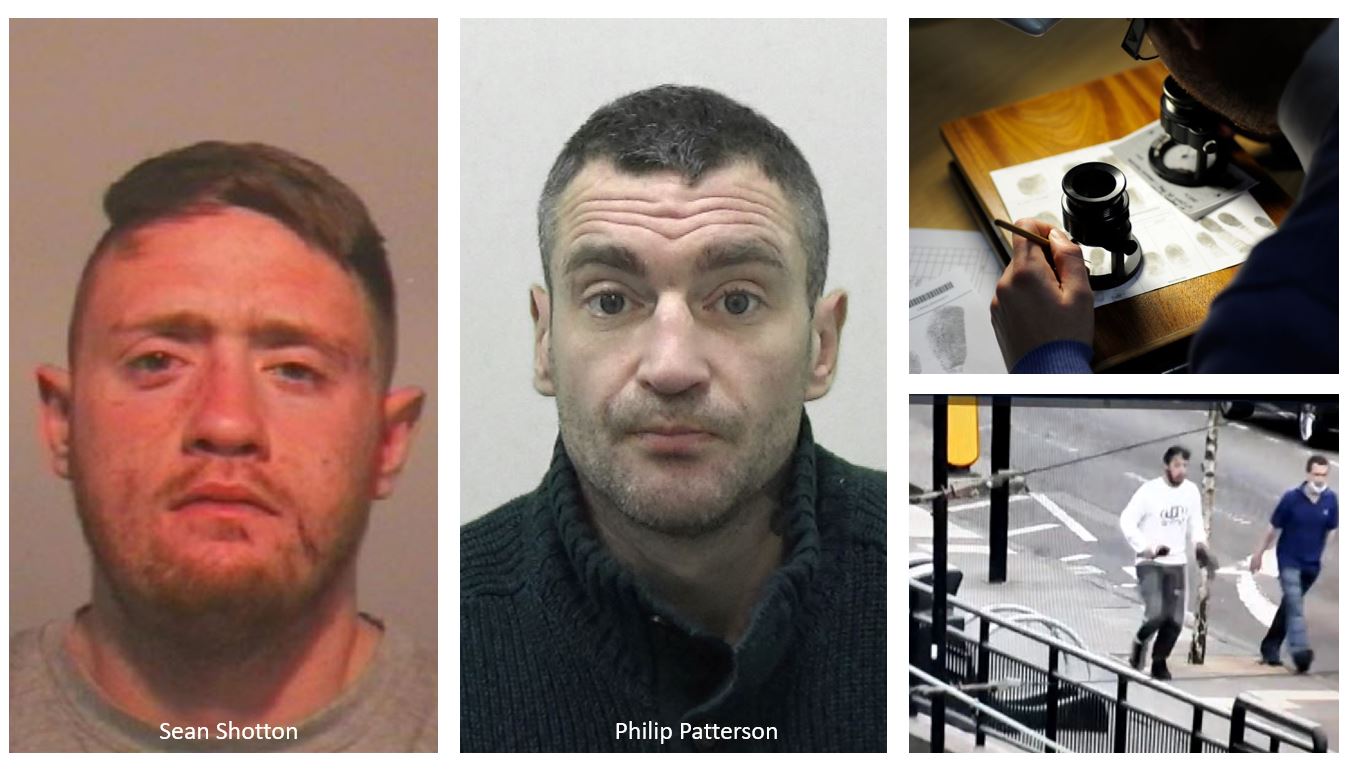 Two robbers responsible for a violent city centre attack have been jailed – after their DNA was found on the victim’s hoody.

Sean Shotton and Philip Patterson targeted the 24-year-old man in broad daylight as he was walking into Newcastle last summer.

The thugs demanded the victim’s mobile phone and when he refused, they set upon him.

Now both Shotton and Patterson begin a jail sentence following a complex police investigation – which found traces of both defendants’ DNA on the victim’s hoody.

Shotton, 30, of Naworth Drive, Westerhope, and Patterson, 36, of Wimbourne Green, Newbiggin Hall, were also seen walking together near Ilford Road Metro Station about an hour after the robbery took place.

Both men pleaded guilty to robbery at Newcastle Crown Court, while Patterson also admitted separate offences of possessing a bladed article and criminal damage from August this year.

Yesterday (Monday), Shotton was jailed for 40 months and Patterson was handed a 53-month custodial sentence.

Detective Sergeant Gareth Welsh, who led the investigation, said: “This was a random attack committed in broad daylight and was purely motivated by greed.

“The cowardly offenders attacked their victim, who was unknown to them, after he refused to hand over his mobile phone and left him injured in the street.

“It is an absolutely despicable crime committed by two thugs who have a long history with police – so I am pleased that they have now been taken off the streets and brought to justice for this crime.

“I would like to thank the victim in this case for his bravery, and hope this outcome helps bring some comfort to him as he looks to move on with the rest of his life.

“There is absolutely no place for violence on our streets, and as a Force, we are committed to securing effective justice against the minority of people in our communities who target others for selfish gain.

“We will continue to use every tactic possible in order to pursue perpetrators and ensure Northumbria remains a safe place to live, work and visit.”

The court heard Shotton and Patterson targeted their victim as he was walking along Sandyford Road about 1.30pm on June 6 last year.

After the victim refused to hand over his phone, he walked off – but was quickly pursued by the pair who wrestled him to the ground, pulled his hoodie around his neck and punched him.

The victim suffered a cut lip and a sore chest as a result of the attack.

An investigation was launched and officers trawled hours of CCTV to find both suspects in each other’s company approximately an hour after the robbery took place.

The victim’s hoody was also sent off for forensic analysis which later showed traces of both defendants’ DNA on it. Patterson was also positively picked out of an identification parade by the victim.

In a statement prepared for court, the victim said: "I'm now wary about going in the city centre, particularly by myself and I only go to areas where there's lots of people.

"This has shaken me up and it was completely unprovoked."