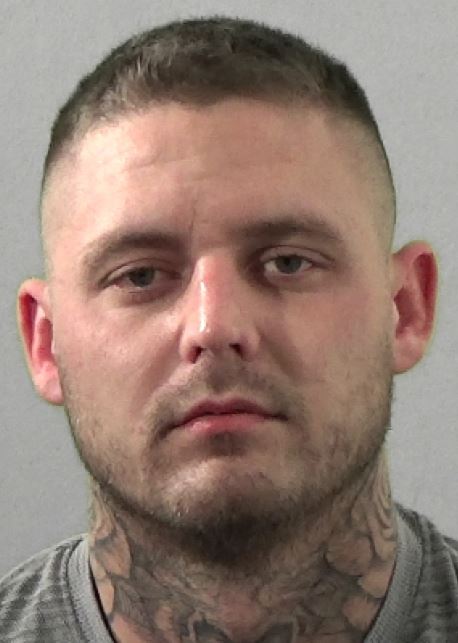 A violent thug who attacked his ex-partner and then threatened to kill the Good Samaritan who took her in has been jailed.

Orrie Burns has been sentenced to 48 months behind bars after the terrifying assault in the Arthur’s Hill area of Newcastle in the early hours of New Year’s Day.

Newcastle Crown Court was told how the 29-year-old’s partner had turned up outside his house on Philip Place just 40 minutes after the clock had struck midnight.

But the couple soon got into an argument and Burns punched his 32-year-old victim, knocking her unconscious and perforating her ear drum.

When she awoke, the terrified woman fled to a neighbour’s house in a bid to escape the violent thug – but later that morning Burns tracked her down to the address.

Upon finding her inside the property he used a fence pole to smash the windows of the property and threatened to kill his partner and her neighbour.

And when one of the occupants of the address ran outside in a bid to escape Burns, he then subjected the 36-year-old man to another violent attack.

He used the fence post in a sustained attack against his second victim, leaving him hospitalised with a broken jaw.

Burns was later arrested and charged with a string of violent offences and yesterday (Tuesday) he was put behind bars by a judge.

Following the sentence, Detective Constable Gareth Welsh, of Northumbria Police, welcomed the decision to put the abuser behind bars.

“Orrie Burns is a prolific offender who has been jailed in the past for a serious assault and he has clearly failed to reform himself,” said Det Con Welsh.

“He is a thug who uses violence to intimidate his victims and instil fear in those who he is supposed to hold closest to him.

“The victims in this case were terrified by Burns’ aggressive behaviour and we so pleased he is now behind bars where he is unable to hurt or threaten anyone else.

“Thanks to a thorough investigation put before the courts by our officers, Burns had no option but to admit his guilt.

“We hope this illustrates how hard we will work to secure convictions on behalf of victims.”

Burns, of Philip Place, Arthur’s Hill, Newcastle, was also handed a restraining order so he cannot contact the neighbour he assaulted.