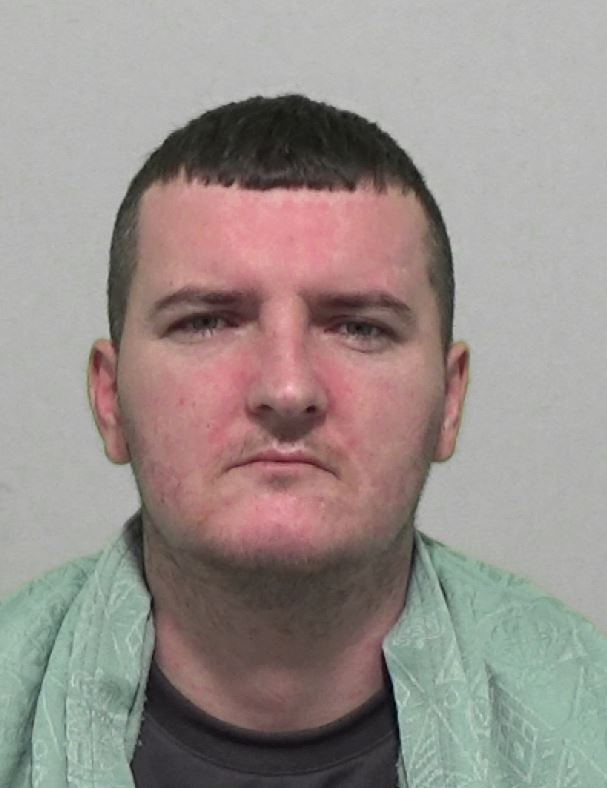 A violent thug who stabbed another man during a vicious bar brawl has been jailed.

Daniel Barnes left his victim with a suspected punctured lung after pulling out a kitchen knife and lunging at him inside The Wheatsheaf pub in Sunderland.

The attack which occurred on the evening of May 18 followed a verbal altercation between the two groups inside the premises.

That prompted Barnes to pull out a knife as a fight broke out – with the victim suffering stab wounds to his chest, shoulder, forearm and hand which required hospital treatment.

After the attack, 34-year-old Barnes – wearing a blood-stained white jacket – was spotted making off from the scene but was swiftly located and arrested by police.

Barnes of Esdale, Sunderland, admitted wounding with intent and having a bladed article when he appeared at Newcastle Crown Court in June.

On Monday, he returned to the same court where a judge jailed him for five years.

Detective Sergeant Catherine Scott, of Northumbria Police, said: “This was a violent attack that could so easily have resulted in the victim suffering more serious or fatal injuries.

“There is never an acceptable excuse to carry a knife or any weapon and Daniel Barnes proved himself to be a danger to others that night.

“Following an angry altercation, he decided to pull out a knife in the middle of a pub – and I’m pleased the severity of his actions have been recognised in this custodial sentence.

“I would like to thank the victim and witnesses inside the pub who saw what happened and have supported our investigation throughout.

“We will not tolerate violent crimes such as this in our city. Carrying a knife - under any circumstances - is totally unacceptable and we are committed to ensuring swift and robust action is taken against anybody found to have carried a weapon."

In a statement prepared for court, the victim revealed the incident could easily have resulted in him suffering fatal injuries.

He said: “I am in complete shock that I have been attacked with a knife.

“I cannot believe that another man would try and seriously hurt me just because I tried to stop a silly argument in the pub. I could have been killed.”

Anyone who believes somebody may be in possession of a knife or weapon is asked to report it via the ‘Tell Us Something’ page of our website or by calling 101. In an emergency, always ring 999.