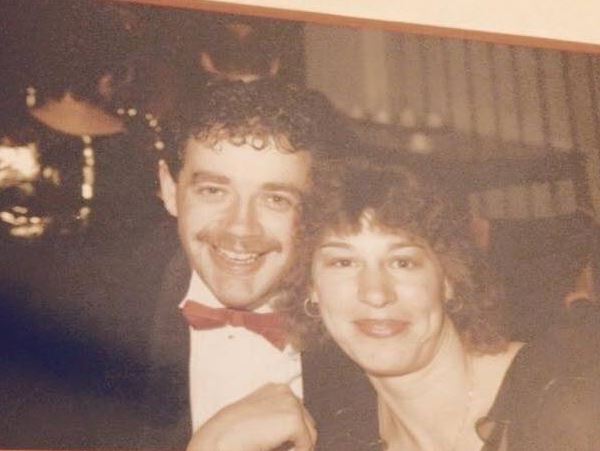 “He was so much more than a police officer, he was a family man, a great dad and he never had any regrets.”

The wife of an officer murdered in a callous attack while responding to a 999 call has paid tribute to the man behind the uniform, and to the Force he loved.

Sergeant Bill Forth died 28-years-ago and is one of the fallen heroes set to be remembered in an emotional ceremony which marks the official unveiling of the National Police Memorial at the National Arboretum.

Paying tribute to her husband of 13 years, Gill Merrin said: “Bill was a fantastic police officer, he gave the ultimate sacrifice and people need to know the enormity of that event and the impact it had on us as a family.

“He always wanted to be an officer but when we met, he was training to be a teacher. We talked at length about the goals we wanted to achieve, and I actually encouraged him to follow his dream and become and officer.

“He was Fence Houses born and bred so it was always going to be Northumbria Police for him.

“He loved the job and prior to his death he was working towards becoming an Inspector. He knew the law inside and out and was very switched on and motivated by doing the right thing. He liked to uphold the law and was all about making sure people were treated in the way they should be, regardless of who they were, or which side of the law they were on.

“He absolutely loved his colleagues and I remember times when he would take his guitar to work – he was really musical and loved entertaining.

“He was so just much more than a police officer, he was a family man, a great dad.”

After losing Bill in such traumatic circumstances, Gill became a vocal campaigner for the safety of police officers and even took a petition to Downing Street, meeting with then Home Secretary Michael Howard and calling for protective vests to be available in all Forces.

And the following year, she had her wish.

“I’ve a lot of time and respect for what the police do and for their role in society,” she said.

“Some people forget there’s a person in the uniform who has a life and a family – they just see the authority the uniform represents.

“It’s easy to reflect on my experience now, but at the time it was so hard to keep my emotions together and so frustrating to be unable to articulate how I felt.

“I don’t think that raw grief will ever go away but thankfully our situation doesn’t happen to many families.”

Gill has since moved away from the North East and become a counsellor, channelling her own lived experience into helping others grieve and overcome their obstacles.

She will be attending the memorial in the days which follow the opening ceremony, for a special service organised by charity Care of Police Survivors (COPS).