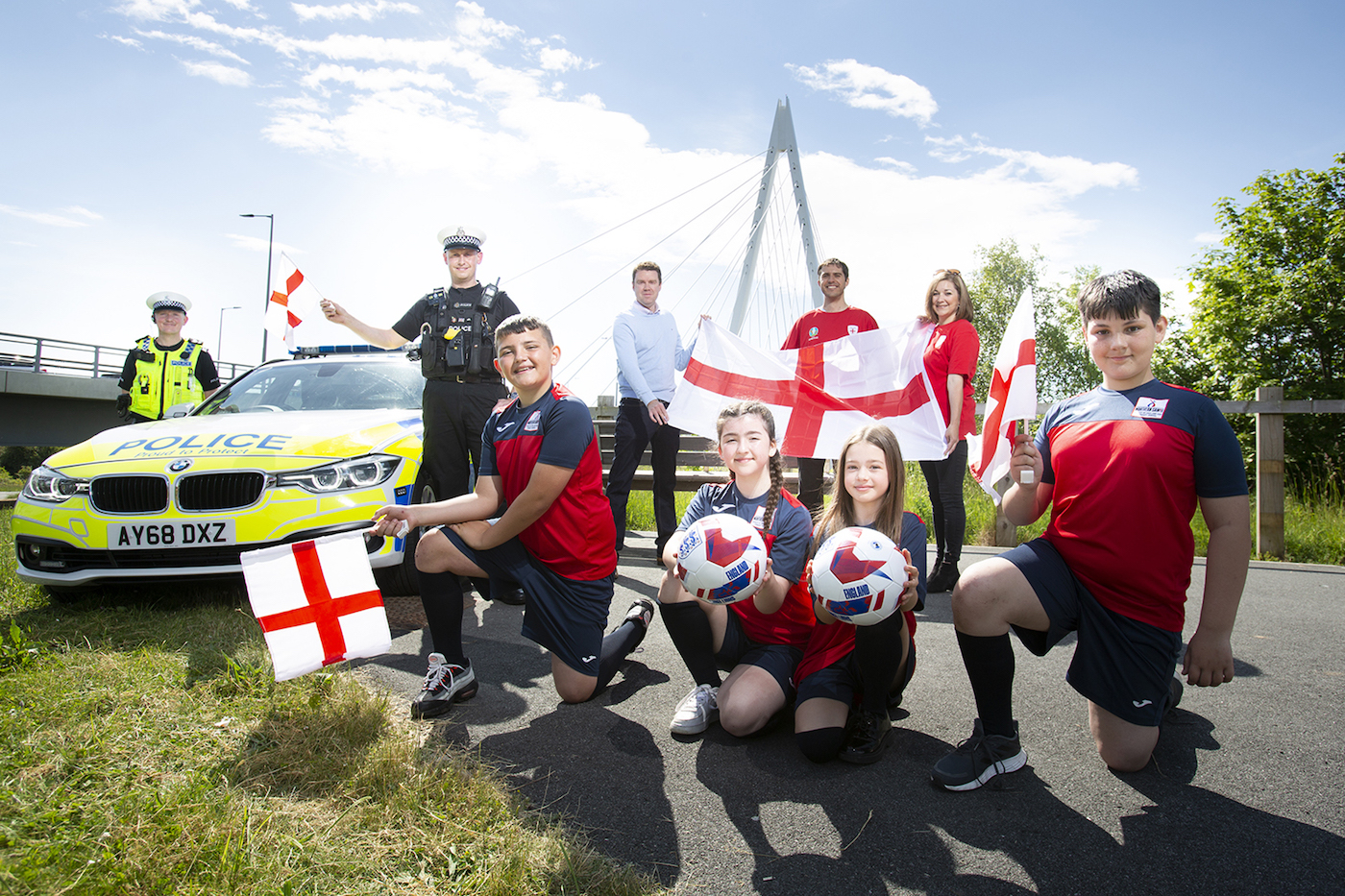 Motorists are being urged to show drink and drug driving the red card as Northumbria Police support a road safety campaign – on the eve of Euro 2020.

Officers have teamed up with the North East’s biggest football clubs, Road Safety GB North East, emergency service partners and local authorities to remind fans not to get behind the wheel while under the influence of drink or drugs.

With the pandemic impacting on people’s ability to socialise over the last 15 months, many families and friends are likely to host barbecues and gatherings at home - which is likely to see increased alcohol consumption amid a party atmosphere.

But with drink and drug driving typically increasing during major sporting tournaments, police are asking drivers to avoid paying the ultimate penalty – and think of the irreversible consequences that driving while impaired could have.

Superintendent Sam Rennison, of Northumbria Police, said: “We know that more people are likely to be enjoying a drink this summer as they watch the drama of the Euros unfold.

“But our message to fans is a simple one – do not get behind the wheel of a car when you have been drinking or using drugs.

“You are more likely to cause a collision which could then result in serious or fatal injury and your decision may have devastating and irreversible consequences for more than one family.

"When you have been drinking or taken drugs your reaction time slows down and it is more difficult to focus on the road and drive in a safe manner. Road traffic collisions tear families apart and it’s crucial that people are aware of the potential consequences of driving over the limit prior to getting behind the wheel.

"Our officers will be on patrol across the region’s roads this summer and will take swift and robust action against anybody found to be over the legal alcohol or drugs limit.”

During Euro 2016, there was an increase in drink and drug driving injuries across the North East both on the day of and the day after England’s matches.

Between 2016 and 2020, there were 1,476 people injured across the region in collisions involving a suspected impaired driver. Some 343 of those people were seriously injured and 29 were killed.

Last year alone, eight people died on the region’s roads in collisions involving drivers impaired by drink and drugs – the highest rate since 2014. This was despite traffic levels during the various lockdowns and the pandemic being much lower than usual.

Peter Slater, from Road Safety GB NE, which is made up of local authority road safety teams from across the region, supported by the emergency services, said: “We know people are looking forward to the Euros and have lots of plans to meet up with friends and family to watch the games.

“It’s been a long time coming and we don’t want to spoil the fun, but we’re asking people to be sensible. If you know you’re going to be drinking, plan your transport home beforehand, or be the designated driver.

“If you’re driving, stick to soft drinks. Ask yourself, could you live with it if you hurt or killed someone?

“And look out for each other. If you know someone has been drinking, don’t let them drive. Speak up – it could save a life.”

The important message has been echoed by Newcastle United, Sunderland and Middlesbrough football clubs.

Sunderland manager Lee Johnson said: “We’re all looking forward to Euro 2020 and like all football supporters, I’m hoping that England give us plenty to cheer about.

“If you’re having a few drinks while watching the games, please remember to leave the car at home, and think about whether you’re still over the limit the following day.”

A Newcastle United FC spokesperson added: “We fully support Road Safety GB North East's campaign, which is dedicated to reducing the number of casualties and fatalities on roads across our region this summer.

"For anyone heading out to watch the Euros and planning to have a drink, we join them in urging you to leave your car at home. Stay safe, keep others safe and help to make it a memorable tournament for all the right reasons.”

Throughout the tournament – which kicks off tomorrow (Friday) – officers will be conducting roadside checks, testing any driver suspected of drink or drug driving and also targeting known drink/drug drive offenders.

All drivers involved in collisions will also be breathalysed and potentially subject to drug testing.

Anyone who suspects anyone of drink or drug driving should contact Northumbria Police on 101 or 999 in an emergency.