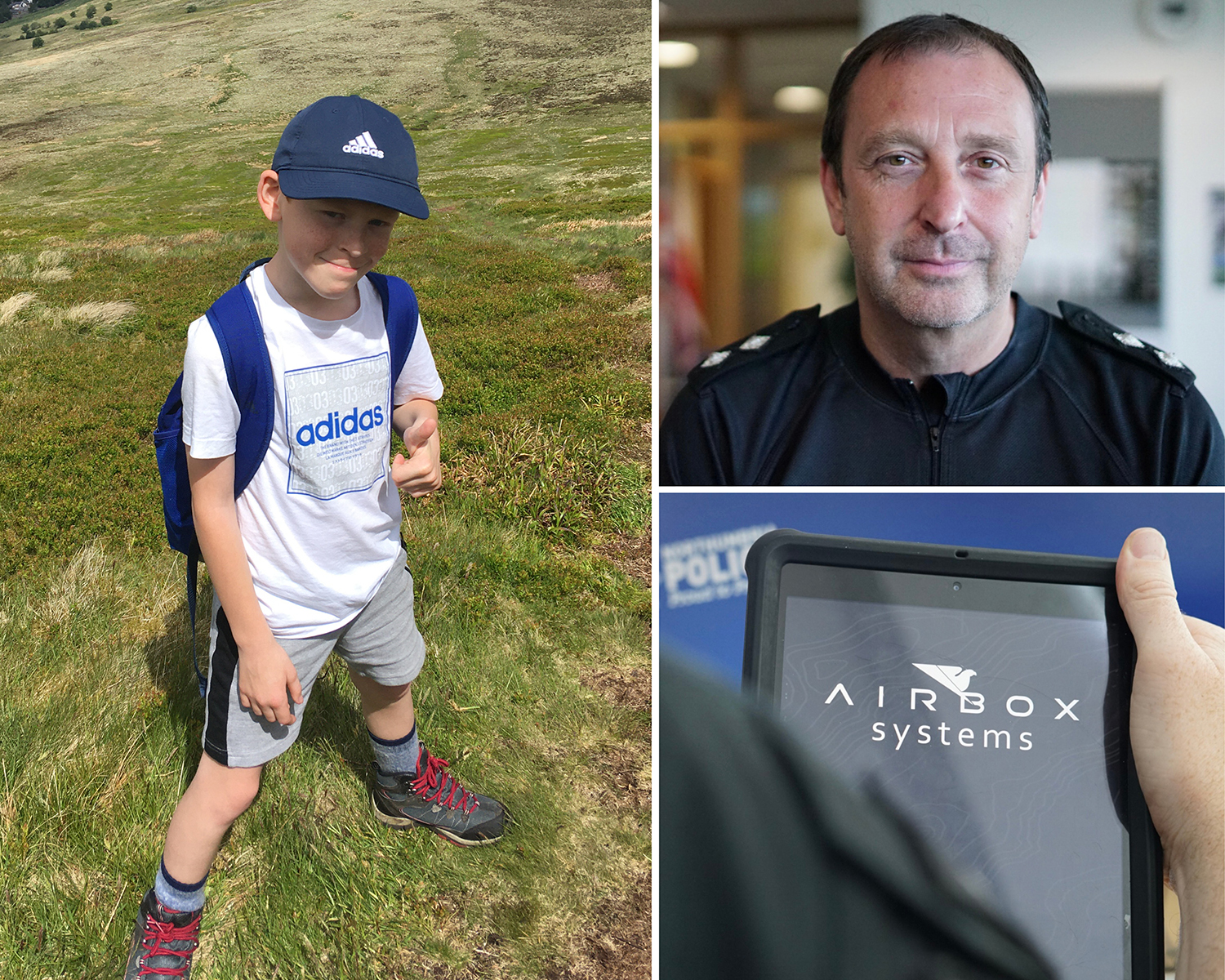 A Northumberland mum has hailed the efforts of the team who brought her son to safety – with a helping a hand from technology – after getting lost on the Cheviots.

Ten-year-old Hayden and dad Nick, went hiking in one of their favourite Northumberland spots in the half-term holidays. But quite literally things took a wrong turn when the pair got separated.

Thankfully, Hayden had his dad's phone and was able to contact mum, Kelly, who was at home.

Kelly asked Hayden to go back up the hill to see if he could spot his dad or the friend they were also with, but to no avail.

And with a depleting battery and limited phone signal, the situation started to become one of real concern.

A call was then made to police, explaining that Hayden was lost and by himself.

A link was sent to the phone for Hayden to accept but with the limited signal, it proved difficult to get through. After some time the link finally pinged on the phone but only for a matter of seconds.

However, this was enough for officers to pinpoint Hayden’s location and the coordinates were shared with Mountain Rescue and the police helicopter who managed to bring him to safety.

Kelly said: "I can't thank everyone involved enough. It was just so lucky Hayden had his dad's phone as things could have been a lot worse.

"It's the worst feeling in the world not being able to help knowing your son is distressed and potentially in danger.

"The police were brilliant and I am so grateful for what they did.

"Hayden was of course upset by the incident but I think it took the edge off a bit that he got to go in the police helicopter and ride in a police car. The officers were so lovely with him.

"We have now bought him some walkie-talkies in the hope that when he gets his confidence back, he might go hiking with his dad again soon."

Firearms Support Unit Inspector, Graeme Homewood, believes the Airbox system was crucial in bringing Hayden to safety and has praised the officers involved and the Mountain Rescue for their quick-thinking actions that day.

Insp Homewood said: "Our Armed Response Vehicles were sent to the scene and using Airbox it allowed us to send a message to Hayden's phone and once accepted, we were able to accurately pinpoint his location and bring him to safety.

"We've had the equipment for around two years and it really has been a game changer for us. It allows us as a team to pinpoint the location of our cars and crews and plan effectively our tactical responses to situations like this.

"All teams on the Firearms Support Unit have access to this app so it is very much a team approach to helping us improve our response to incidents like this.

"It's all about connectivity and being able to communicate effectively and when you get a visual picture of things that are happening on the ground and you can share that between specialist resources, it does bring game-changing technology and capability to the Force."

Northumbria Police are committed to investing in technology and providing its teams with the latest equipment to help ensure they can best protect the communities they serve – when and wherever people may need help.

“The dedicated team of volunteers who turned up on the day provided a fantastic response alongside our colleagues from the police.

“We are called out to a range of incidents, from missing people to injured walkers, and it is always extremely satisfying to know that you have helped return someone safely home.”