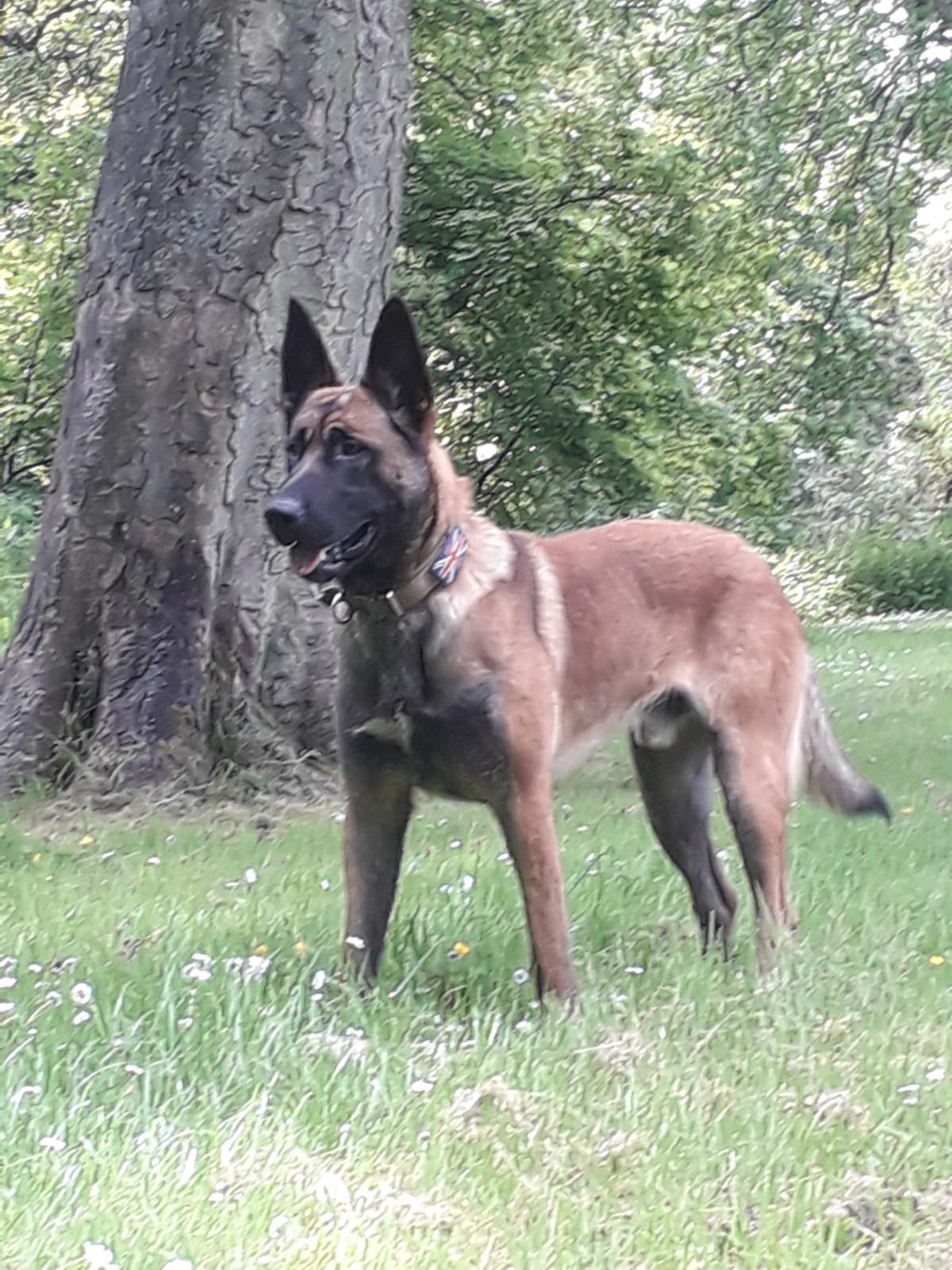 A proud puppy is earning his stripes as a fully-fledged police dog after finding a fugitive hiding in a bush – despite being less than two weeks on the job.

Police dog Alfie has been rewarded with a treat and a belly rub after he helped arrest a suspect wanted in connection with an assault in Penshaw.

The 15-month-old Belgian Malinois had only been qualified for 10 days when he was deployed to support response officers on Wednesday morning.

Officers had responded to a report that a man had been causing trouble inside an address and had gone on to damage a number of parked vehicles.

Alfie and his handler PC Stephen Henry were deployed to assist the search and it didn’t take long to find the K9.

He tracked into a wooded area and his nose led him straight to a bush – where the suspect was found to be hiding.

The 20-year-old suspect tried to jump a nearby fence to escape the clutches of the police dog but was arrested by officers.

Chief Inspector Mick Hall, of Northumbria Police, said: “The contribution of our Dog Section cannot be overstated and Alfie is a very welcome addition to the team.

“He and a number of his siblings only qualified 10 days ago but they are already showing their value and if it was not for Alfie we would have not made such a quick arrest.

“I know that PC Henry will make sure Alfie is well rewarded but as his handler he is crucial to achieving results like this.

“They are a fantastic team and I know that this arrest will be the first of what we hope to be a long and successful career as a K9 at Northumbria Police.”

The 20-year-old suspect was arrested on suspicion of criminal damage and has since been released under investigation.

To find out more about the work of the Northumbria Police Dog Section follow them on Twitter at @NpDogSection.