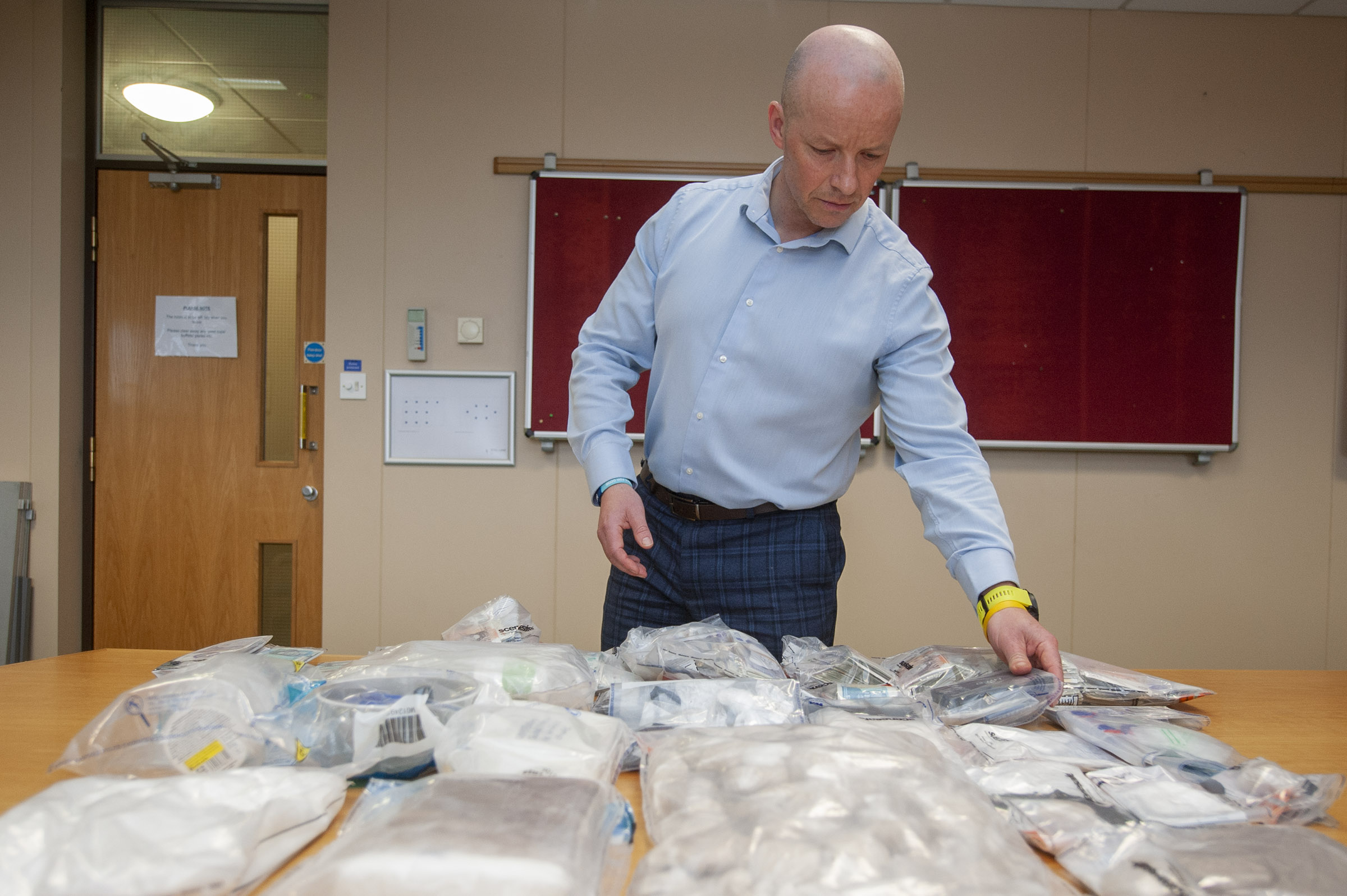 More than £250,000 of cash, cocaine and heroin seized in string of dawn raids

Detectives have busted a Class A drug ring after a string of dawn raids uncovered more than a £250,000 of cash, cocaine and heroin.

The operation was the result of months of intelligence gathering about the supply of Class A drugs across the borough.

And on Wednesday morning four addresses were raided by police believed to be linked to suspects involved in the illicit operation.

Five men and one woman were also arrested and three of those suspects have already been charged with conspiracy to supply the drugs.

He said: “This is an incredible result but it is only possible because of the hard work of our officers and staff and the support of our key partners.

“I also want to thank the community who provided us with vital information that ultimately helped us secure the warrants – your support is invaluable.

“As part of the Central Drugs Alliance we work closely with Gateshead Council and Public Health partners to address areas of harm and vulnerability associated with drug supply within our communities.

“An essential part of our partnership plan is to target those who prey on the most vulnerable for their own criminal financial gain.

“Today we have showed that we won’t allow that kind of illicit activity to continue unchallenged and I hope that reassures residents in Gateshead.

“As part of Operation Sentinel we are committed to tackling organised crime and putting suspects before the courts.

“This week has seen a huge amount of illegal cash and drugs taken from the streets and that allows us to help support those caught in a cycle of addiction.

“Anyone found to be involved in co-ordination of the supply of drugs and associated criminality should expect to be arrested.

“We will are committed to using all available partnership powers at our disposal to disrupt and dismantle that criminal activity so we can keep our communities safe.”

Andy Graham, Gateshead Council's service director for Public Health and Wellbeing, said: "It is likely that these raids will have disrupted supplies in Gateshead, so we would urge anyone who is experiencing issues relating to drugs or alcohol to contact our local Substance Misuse Services for advice and support.

Officers seized an estimated 1.7kg of cocaine, 1.8kg of heroic, £150,000 in cash, paraphernalia and a haul of equipment used to weigh, press and package the drugs.

Two men, aged 41 and 34, and a 59-year-old woman arrested on suspicion of conspiracy to supply Class A drugs have since been released under investigation.

But three men have been charged with a string of drugs offences and were due to appear at South Tyneside Magistrates’ Court on Thursday morning. They are:

The activity follows the work of Operation Salvator that has seen dozens of drug dealers operating in Gateshead put behind bars.

Operation Sentinel is a co-ordinated policing response to serious and organised crime across Northumbria Police, Durham Constabulary and Cleveland Police.

Anyone who wants to report information about drugs supply to police can do so online at the Northumbria Police website or by calling 101.

You can also contact independent charity Crimestoppers anonymously on 0800 555 111.