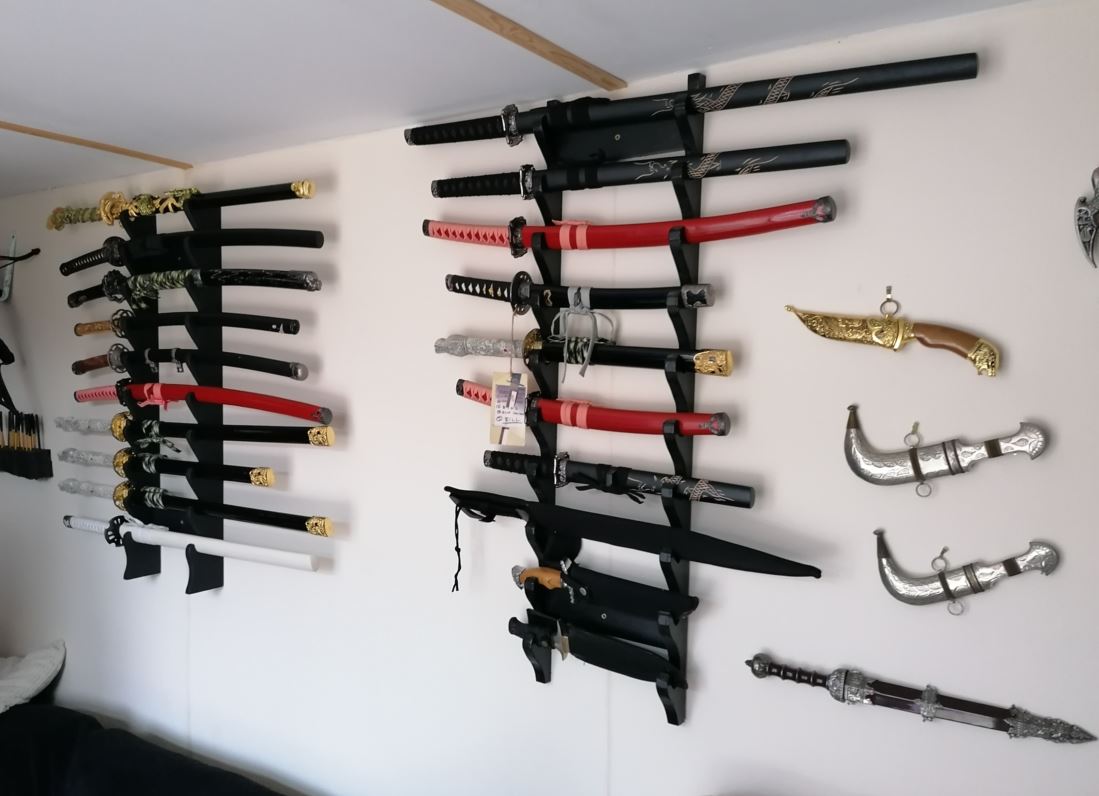 Weapons collectors, historians and tradespeople have been visited by police to prevent them falling foul of new legislation set to criminalise samurai swords and flip knives.

As part of a new educational scheme, specialist detectives from Northumbria Police’s Crime Department have been making the visits to inform individuals of the legislative changes which could inadvertently see them committing an offence.

Changes to the Offensive Weapons Act 2019 are slated to take place later this year, and will mean items such as curved swords, with a blade larger than 50cm, and flip knives will become illegal to own despite being previously legal to have in the home.

To help collectors under the changes and avoid risking prosecution, officers from our firearms intelligence team carried out almost 40 engagement visits as part of Operation Sceptre - recovering a total of 17 knives and 8 samurai swords.  This was is in addition to over 200 bladed items voluntarily handed in by members of the public for safe disposal.

Despite the week of action being over, detectives are determined to help educate the public about the legal changes before it’s too late.

Detective Constable Colin Davidson, who has been organising the visits, said: “We are not trying to criminalise people here, but trying to help those who legally own a range of items avoid inadvertently falling foul of the law.

“We know there are a lot of responsible collectors and enthusiasts in our Force area who have a genuine interest in keeping knives, swords and other antique weapons and would never dream of using them to harm another person.

“However, changes to the Offensive Weapons Act could see a lot of well-intentioned people risking prosecution which is why we have started delivering these visits and are determined to make sure people understand exactly what these changes are and how they could be affected.”

Detective Inspector Sally MacDonald praised the initiative and her team, adding: “Every blade we can dispose of safely is one less which has the potential to fall into the wrong hands and cause irreversible damage.

“So far this scheme has achieved great results and that’s a testament to the hard work, planning and preparation of our officers, who are determined to help prevent serious violence in our communities.

“We’ve had really positive feedback so far with those visited really appreciative of the lengths officers have gone to in order to prevent them inadvertently breaking the law, and explaining the bigger picture behind these national changes.”

Carrying an offensive weapon, knife, bladed or pointed article is a serious offence. The unlawful provision and possession of weapons encourages violence and can cause serious injury and death in addition to facilitating other criminal offences. We seek to minimise the opportunities of weapons falling into the wrong hands.

**The date the new legislation takes effect is still to be confirmed but please follow https://www.gov.uk/buying-carrying-knives for more information and updates.