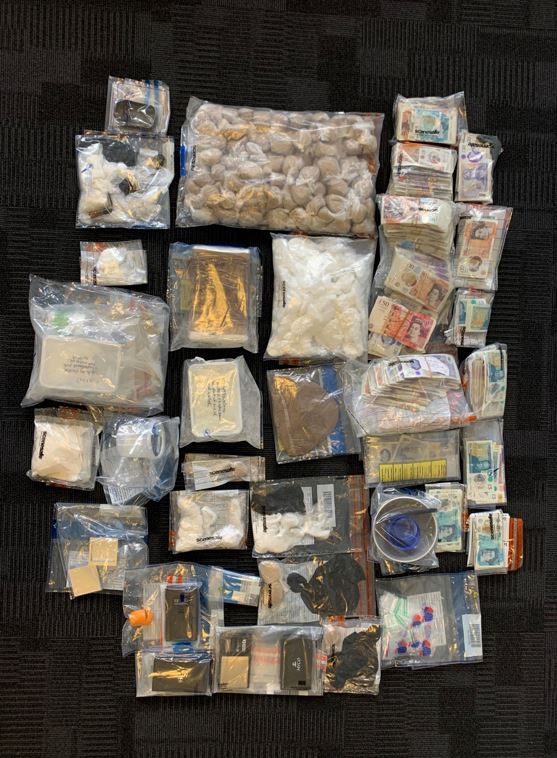 The final member of a Gateshead drugs ring brought down when officers infiltrated their encrypted messaging system has been jailed – bringing the overall sentencing total to more than 34 years.

David Lindsay, 61, was part of an organised crime group which sold heroin and cocaine to vulnerable drug users across Gateshead.

Officers carefully built up a clear picture of the group’s illicit activity and in March 2021 a series of dawn raids were carried out as part of Operation Sentinel. The activity saw more than 3kg of Class A drugs worth around £100,000 seized and a number of arrests made.

And in November that year, ringleader Ryan O’Connor was jailed alongside his partners Keith Robert Brown and Steven Cairns. The trio had previously pleaded guilty to a string of drugs offences at Newcastle Crown Court.

Today, (Thursday) the final member of the criminal group, David Lindsay, of Ellison Villas in Gateshead, appeared at the same court where he was jailed for four-and-a-half years after pleading guilty to two counts of conspiracy to supply Class A drugs.

His sentence brings the combined total to 34-and-a-half years and marks the end of the complex investigation by Northumbria Police.

Speaking after the sentencing, Superintendent Jamie Pitt said: “This is yet another great result which shows just how seriously the criminal justice system takes offences of this nature.

“I am pleased to see Lindsay jailed for his role in what was an illegal and illicit business which profited from misery and harm, and the exploitation of drug users within the community.

“For this organised crime group to be jailed for more than 34 years is  testament to the hard work and determination of our officers and staff, as well as the support from all our key partners and the community who are fighting back against this type of criminality.

“This activity was carried out as part of Operation Sentinel, our dedicated initiative to tackling serious and organised crime across Northumbria and we hope this result sends a clear message which echoes across the North East.

“We will not allow this kind of illicit activity to continue unchallenged, and we will use every tactic at our disposal to ultimately bring perpetrators to justice.”

If you believe someone in your community is involved in drug-related criminality, please report it to police via the ‘Tell Us Something’ page of our website or by calling 101.

You can also pass on information via independent charity Crimestoppers anonymously by ringing 0800 555 111.