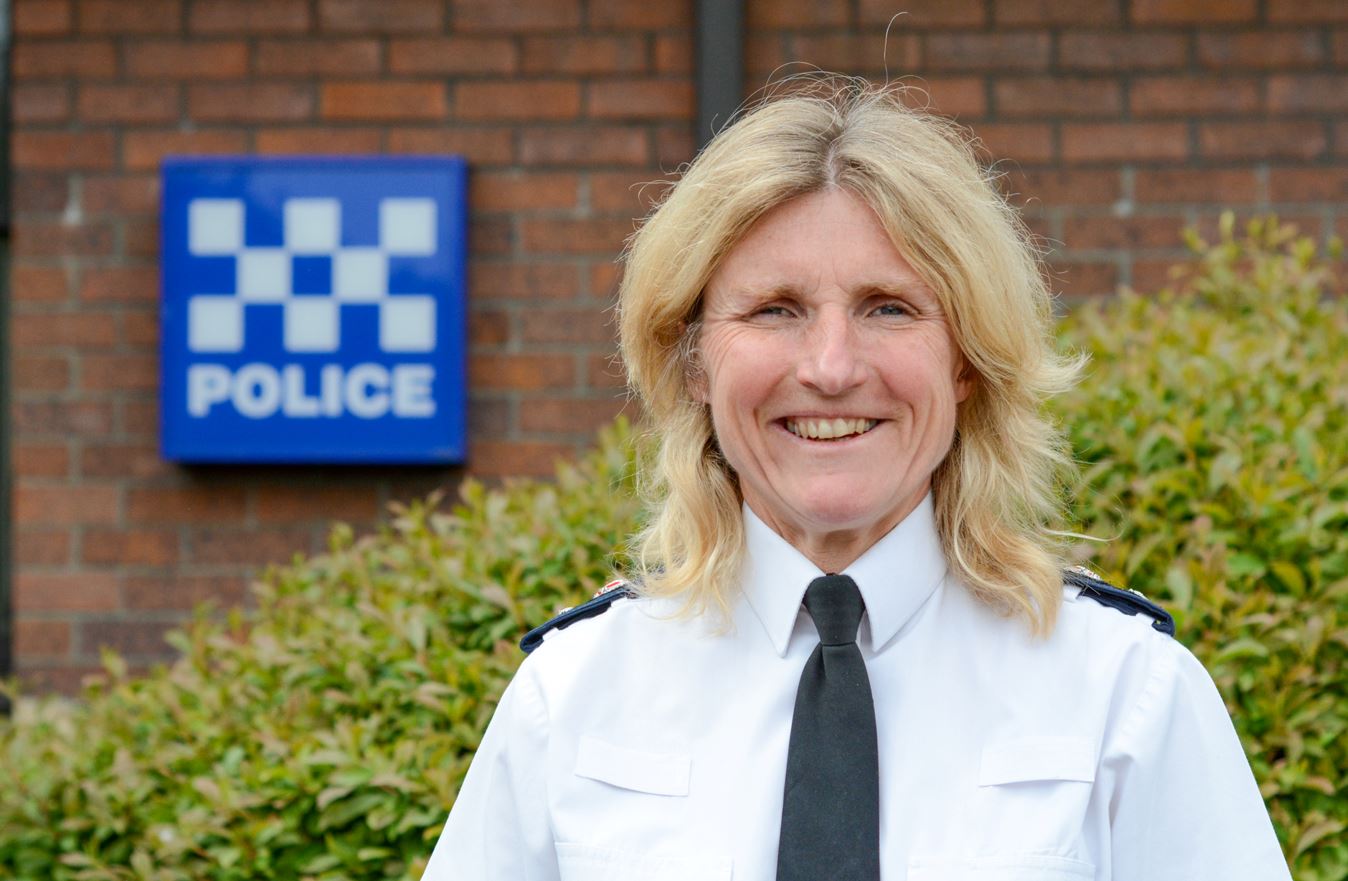 One of Northumbria Police’s most senior officers has bid a fond farewell after dedicating more than half her life to fighting crime.

Chief Superintendent Sarah Pitt today (Friday) retires after a stellar 27-year career with the Force – leaving her role as area commander for Sunderland and South Tyneside.

Her illustrious policing journey has seen her take command at some of the North East’s flagship events including the Sunderland Airshow, the Tall Ships Races and at both St James’ Park and the Stadium of Light.

The 49-year-old has excelled in a variety of frontline roles throughout her service, first joining as PC in Gateshead and eventually working her way up to being the highest-ranking officer in an area that she grew up and still lives.

“When I was young I always thought about becoming either a police officer or a firefighter, but heights aren’t really my thing,” Chief Supt Pitt said.

“That’s why I chose the police and I knew it would be a good fit, as I always liked the idea of team camaraderie. I played sport growing up and that spirit really appealed to me – as well as having a job that was different every single day. Policing has certainly given me that.

“From the outset, I wanted to do whatever I could to help and support the community, and policing has provided that fantastic opportunity to try to make as big a difference as possible.

“You can’t help everyone all of the time, but I’d like to think that over the 27 years I’ve made a difference to some people – whether that’s as a PC patrolling the streets, the convictions I helped get at court, protecting vulnerable victims or as area commander helping to shape local policing in an area I love.

“I’m also proud of my role as strategic lead for volunteers – working with the Specials, Cadets and the Mini Police who support and represent Northumbria Police superbly, as well as being the lead for ethics in terms of looking at how we as a Force can be the best we can representing our communities.

“If I look back at when I filled in the application form to join the police, I never thought I’d ever have the privilege to become a Chief Superintendent and finish my career shaping local policing in an area I know and where I think I understand.”

Chief Supt Pitt first joined Northumbria Police in 1995, completing her 10-week training before being deployed as a PC in Gateshead under the watchful eye of her tutor constable.

She’s not looked back since – working in Newcastle, Sunderland and South Tyneside as a front-line officer in response, neighbourhood and CID, before moving to the Force’s Operations Department with a responsibility for firearms, motor patrols and the marine unit.

She also spent a period in Corporate Development looking at the Force’s performance across the North East, before taking on her current role as area commander in Sunderland and South Tyneside in 2018.

“It’s been an amazing journey,” Chief Supt Pitt added. “What I’ll look back on most fondly are some of the big events that I’ve commanded across the region.

“I’ve got a great passion for public order and public safety – so taking a leading role at the Sunderland Airshow over many years, the Tall Ships Races and also football matches or events at both St James’ Park and the Stadium of Light – they will always stay with me.

“I was also really lucky to have been involved at the London Olympics, going down and seeing some of the fantastic planning and organisation that went into delivering that event safely in quite challenging circumstances.

“More recently, I’ll look back fondly on the team spirit that has been evident within the Force and more widely across the North East over the last two years in the response to Covid-19.

“Everyone’s stepped up in what has been a really challenging environment, and it’s been special seeing our officers, staff, volunteers, partners and the public working so closely together in extraordinary circumstances.”

As for the future, as one unforgettable journey comes to an end, another chapter begins for one of the Force’s longest-serving officers.

For Chief Supt Pitt, retirement will involve spending more time with family, as well as exploring the North East’s beautiful coastline and green spaces with her seven-month-old puppy.

But would she encourage aspiring PCs to follow in her footsteps and take the plunge into policing?

“It’s been an unforgettable, challenging but incredibly rewarding profession,” she said. “I’d say the ability to communicate and adapt from one minute to the next are the core skills required for anyone wanting to become a police officer.

“Being able to communicate is hugely important – whether you’re dealing with the public, partners or people internally within the Force. You must be able to engage with people from all different walks of life, sometimes in trauma and really difficult situations.

“Policing will also always welcome anybody who can problem solve effectively. I don’t necessarily mean setting a huge plan in place and getting multiple people involved with it, I mean if you’re called to deal with a situation, the public will be looking to you as a police officer to help resolve things.

“There’s a lot of different ways to resolve an issue or an incident you attend but it’s about having that creativity to be able to deal with it and resolve it to the best of your ability. They’re my two key things for any aspiring officer.”

If you’re inspired to join #TeamNP then search ‘Northumbria Police careers’ online to see all the opportunities available.