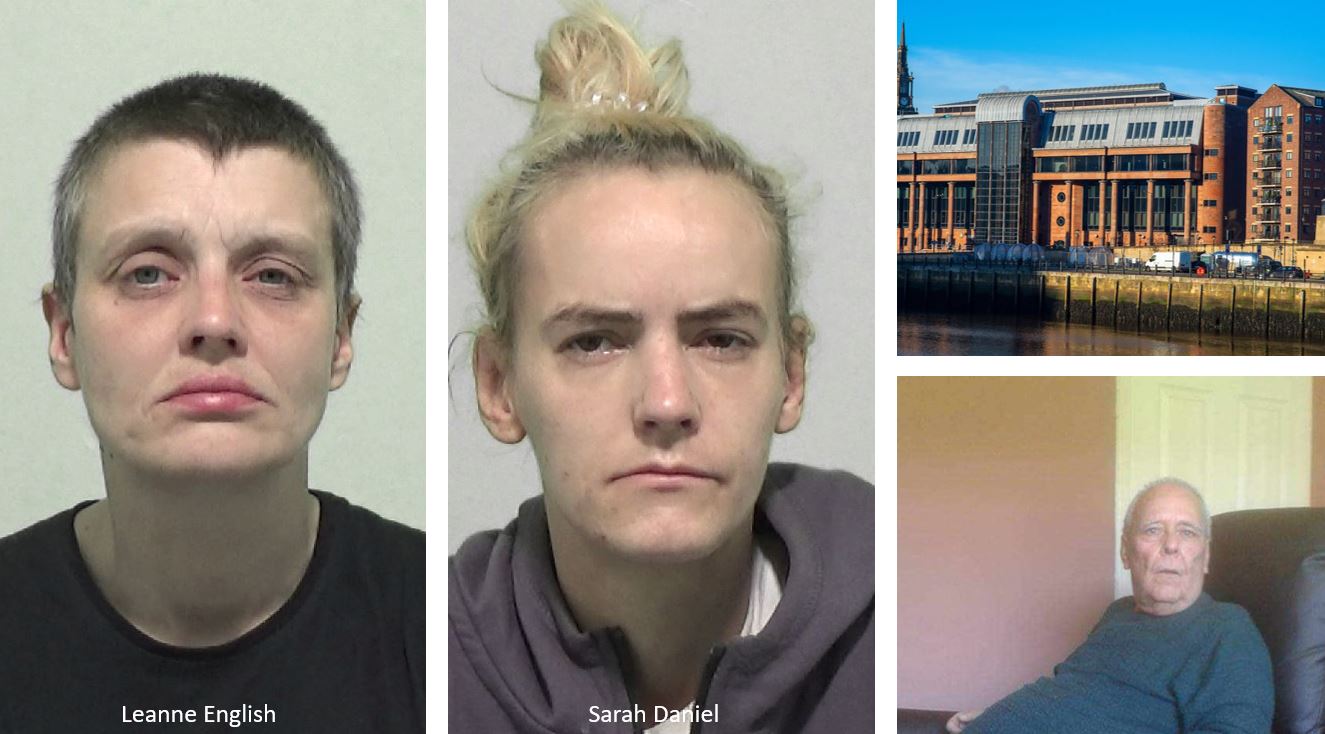 Sarah Daniel has been convicted of the manslaughter of Concord resident Billy Jackson 71, while Leanne English was found guilty of conspiracy to commit burglary

A vulnerable pensioner suffered a fatal heart attack just minutes after thieves turned up at his home and stole from him.

Sarah Daniel has today been convicted of the manslaughter of 71-year-old Billy Jackson following a disturbance in his Concord home on September 24 last year.

Daniel, 33, entered Mr Jackson’s home late at night with the view to steal tobacco and cigarettes while co-defendant Leanne English, 39, waited outside.

They – in the company of a third suspect who was cleared of any wrongdoing relating to Mr Jackson’s death – were then seen on CCTV leaving the area together while their victim suffered a fatal heart attack due to the immediate stress he had faced.

Daniel, of Waterloo Walk, Washington, denied manslaughter and conspiracy to commit burglary but was today convicted of both offences following a four-week trial at Newcastle Crown Court.

She was also convicted of a further count of aggravated burglary and fraud relating to a separate incident against a different victim.

English, also of Waterloo Walk, Washington, denied conspiracy to commit burglary but was convicted by a jury of that offence, as well as a separate charge of common assault against a different victim.

Detective Sergeant Steve Brown, of Northumbria Police, said: “This is an absolutely tragic case and our thoughts go out to Billy’s family and friends.

“The last seven months ever since this incident has been incredibly difficult for them, and I would like to thank them for their amazing bravery, poise and cooperation throughout.

“Billy was a vulnerable man who should have been safe inside his own home. However, on the night in question, Sarah Daniel and Leanne English turned up at his door with the intent of stealing tobacco and cigarettes from him.

“While English waited outside, Daniel entered Billy’s home – something that tragically resulted in the victim suffering a cardiac arrest just minutes later.

“The defendants should be absolutely ashamed of themselves and I sincerely hope this outcome can provide some comfort to Billy’s family at this unimaginable time.”

A third defendant – David Bulmer, 20, of Bramston Way, Washington – was found not guilty of both manslaughter and conspiracy to commit burglary relating to Mr Jackson by a jury.

But Bulmer and Daniel were each found guilty of a count of aggravated burglary against a different victim which happened one week before Mr Jackson’s death.

The court heard that on the evening of September 17, Bulmer and Daniel forced their way into the victim’s address, assaulted him with a baseball bat and stole cash, a mobile phone and a bank card.

Daniel was also convicted of fraud and English convicted of common assault relating to crimes against the same victim a few months prior, on June 18, when they stole his wallet and later used a card to withdraw cash on two separate occasions.

All three defendants are due to be sentenced at Newcastle Crown Court on July 8.