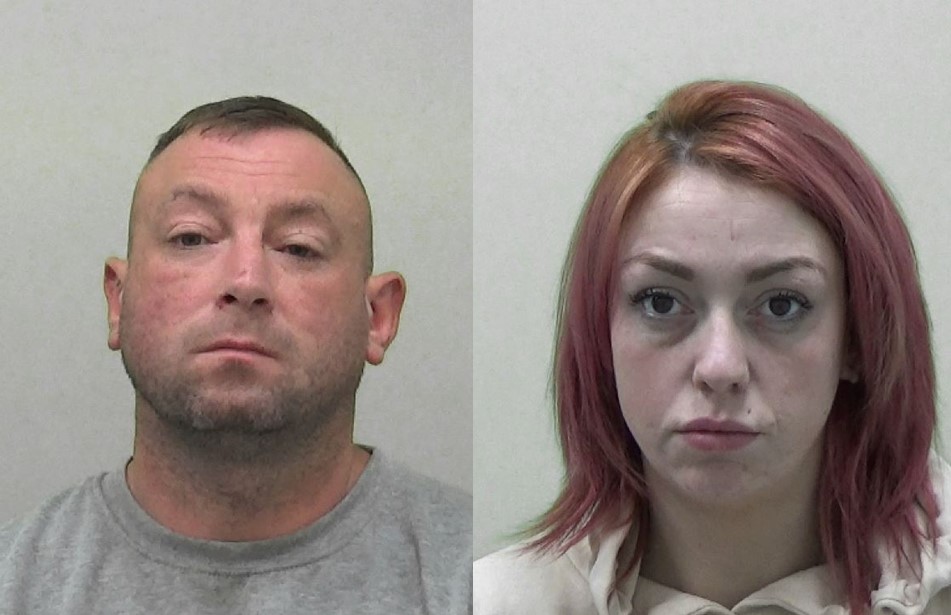 A man has been jailed for 13 years and his ex-partner given a suspended prison sentence for their roles in a violent attack.

Shortly after midnight on March 29, 2020, officers were called to a disturbance at an address on Hedgeley Road, Hebburn.

It was reported that Stephen Bloomfield, 35, had become aggressive with another man who had offered his ex-partner, Samantha Daley, 29, a place to stay for the night.

During the trial, the court was told how the group had been drinking together before jealous Bloomfield launched a violent attack on the man by hitting him over the head with a candle jar and causing serious, life-threatening injuries, when he stabbed him with a shard of glass.

The court also heard how Bloomfield's ex-partner, Daley, had been involved at the start of the attack, hitting the man over the head.

Emergency services attended the scene and the male victim was rushed to hospital. Both Bloomfield and Daley attempted to flee on foot but were arrested by officers nearby.

They were later charged in connection with the assault – and despite denying the charges, the duo were both found guilty following a week-long joint trial at Durham Crown Court.

And on Monday (August 22) the pair, of Ulverston Gardens in Gateshead, appeared before the same courts for sentencing.

Bloomfield was jailed for 13 years for wounding with intent, as well as for the assault of an emergency worker and theft of a mobile phone from separate cases. Daley was handed a 20-month prison sentence, suspended for two years, for unlawful wounding.

Sergeant Michael Parnaby, who led the case for Northumbria Police, said: “This was a fast-moving incident which saw a man suffer serious, life-threatening injuries in the space of minutes.

“In fact, the victim’s injuries almost turned fatal with the man having to be resuscitated and stabilised in hospital.

“Thanks to the quick response of emergency services, the man was able to receive medical attention and officers were able to detain both offenders before they could get away.

“I am pleased to have been able to put both Bloomfield and Daley before the courts for their part in this shocking attack.

“Let this be a reminder that we will take continue to take robust action against violent offenders – and that nobody wins when it comes to serious violence.”

Daley was also ordered to complete a 40-day rehabilitation programme and 180 hours of unpaid work.

See both Bloomfield and Daley pictured (left to right).