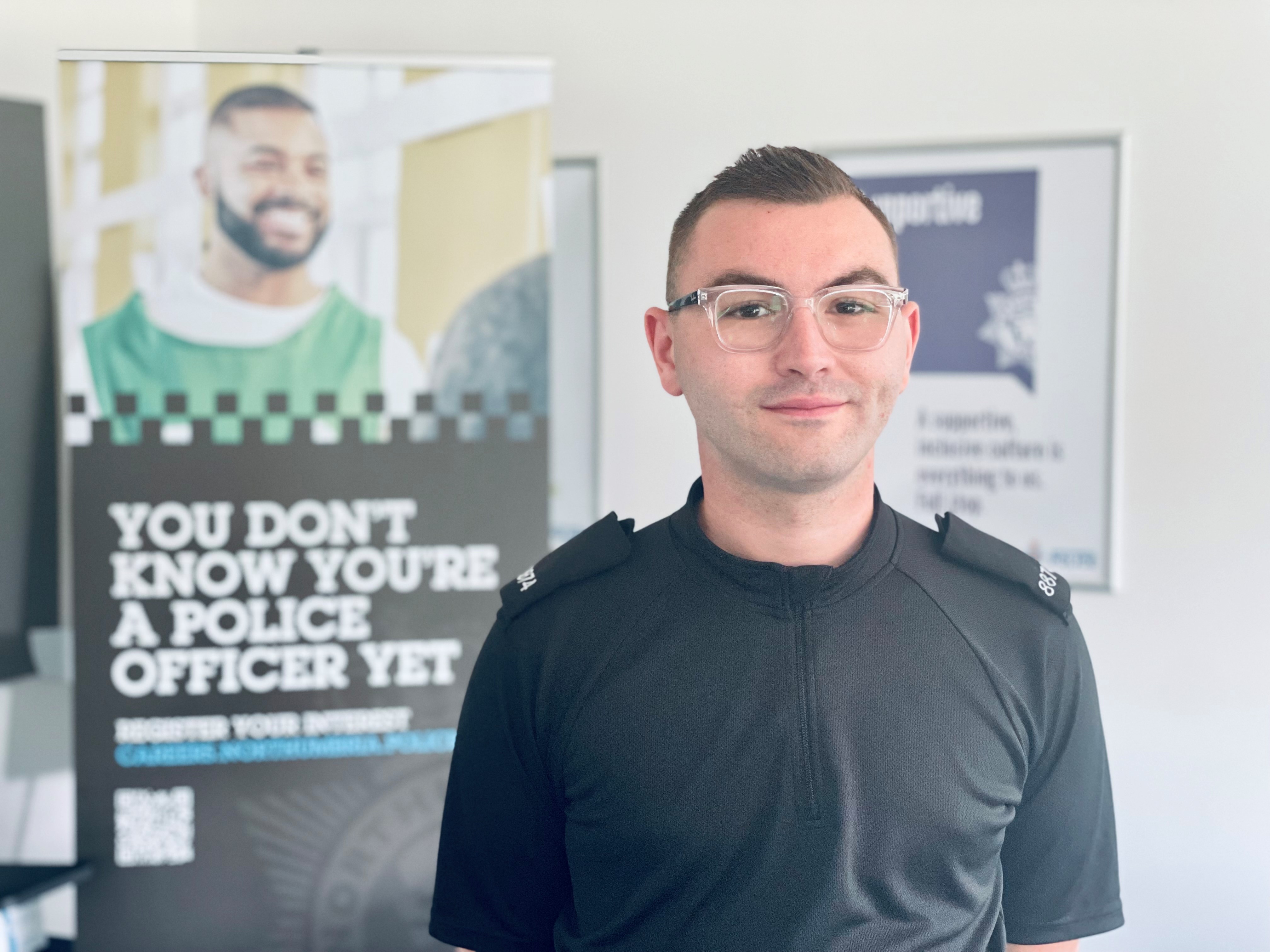 School Head Of Year Damian Peel, knew he was ready for a new challenge. He loved nurturing the younger generation but wanted to find a new way to help his community.

After seeing an advert for becoming a police officer, his mam asked him a question that would change his life – “Have you ever thought about being an officer?”.

With that question a fire lit inside and the 28-year-old had soon swapped parents evening and times tables for nights on patrol and criminal investigations and became PC Peel.

He said: “I was ready for a new challenge, I loved the part of my job that gave back to the community but it wasn’t until my mam saw that advert that I realised just how I could do that.

“Being in a role where I can protect the vulnerable and bring in people responsible for truly awful crimes is something I feel incredibly grateful for and I’m excited for the challenge.”

The Washington officer found going from teacher to student during his training surreal but was ready to absorb as much as possible so he was at his best for the communities he would be serving.

He said: “The training process has been great, a lot to learn but that’s to be expected. It has been really interesting to get to grips with all the legislation and how Northumbria Police works.

“The support from the trainers has been fantastic, they’re always on hand to answer any questions and help with anything you need – it already feels like a family.”

Damian continued: “It is never too late to make that decision to change your life. You can always take that step to find a career that can give you the fulfilment and meaning that so many people want – and for me that’s policing.

“I can’t really put it into words to be honest, the feeling you get knowing you’re going to be that support for victims on one of their worst days is incredible – it’s immeasurable.

“I urge anyone considering a change to get online and submit an application. The world of policing has so many opportunities open to officers. I could be a cyber-crime officer, a homicide detective – who knows, I could even be the next Chief Constable!”

If you’ve been inspired by Damian’s story then why not search ‘Northumbria Police careers’ and join him in making that first step in a fantastic new career.

Damian also recently featured on ITV Tyne Tees talking about his experience joining, you can check out his interview here: https://www.itv.com/news/tyne-tees/2022-07-04/final-push-in-forces-biggest-police-recruitment-drive-in-a-decade