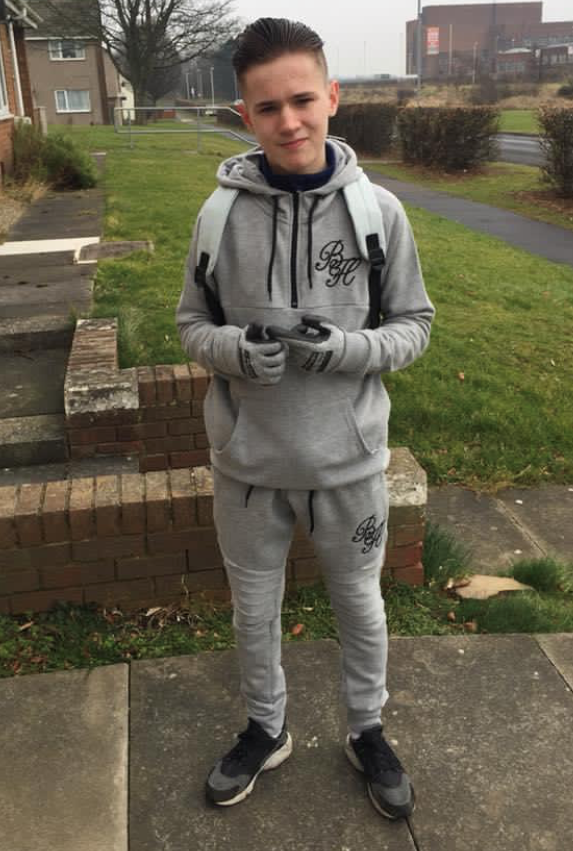 The 18-year-old was enjoying a night out at Houghton Feast with friends on October 16 last year when he was attacked.

Emergency services were called to nearby Newbottle Street where they found him fatally injured.

Jack, who was from County Durham, was taken to hospital but sadly passed away from his injuries the following night.

He had received two stab wounds, one to his thigh and the second fatal injury to his back. He also suffered a number of other injuries during a sustained assault.

An investigation was immediately launched and, in the coming days and weeks, a total of ten boys, then aged between 14 and 17, were arrested and subsequently charged with Jack’s murder.

All denied the offence but on June 1, a jury at Newcastle Crown Court found them guilty of murder.

Due to their ages at the time of the offence, there is a restriction banning the naming of the teenagers.

Today (Friday) they returned to the same court where the teenager found to have attacked Jack with the knife was sentenced to 17 years.

They will begin these sentences at a young offenders’ institution before being moved to prison.

The case’s senior investigating officer, Detective Chief Inspector Joanne Brooks, said: “Our thoughts continue to be with the loved ones of Jack following his tragic death and we will continue to support them in any way we can.

“They have shown incredible bravery to share the devastating impact of their loss and to encourage others to think twice about carrying a weapon and becoming involved in violence.

“In the hours leading up the fatal attack, Jack was having the time of his life at a funfair in Houghton. He’d even called his mum to say what a great time he was having.

“He had a lot to celebrate, as earlier that day he’d just picked up the keys for his first flat and was days away from starting a new job.

“Jack had his whole life ahead of him, but tragically would never spend a night in his flat and would never start his new job. Just minutes after talking to his mum, he was attacked by a group of teenage boys and fatally wounded.

Det Chief Insp Brooks hopes the tragic case acts as a serious reminder to everyone about the potential consequences of choosing to carry a weapon.

She added: “As a Force, we want to send an unequivocal message to anyone who chooses to carry a weapon of any kind – or becomes involved in serious violence – there is never an acceptable excuse and the consequences can destroy lives forever.

“Anyone who thinks it is clever or acceptable to do so, we urge you to look at the pain this incident has caused to so many people.

“A life has been taken and countless more destroyed.

“There are no winners where knife crime or serious violence is concerned, only losers.”

Andrea Milsom, Senior Crown Prosecutor with CPS North East, said: “Those sentenced today each played a part in the murder of Jack Woodley. It is clear from the evidence in this case that the group attended the Houghton Feast with a shared intent to kill or, at the very least, to seriously injure someone.

“The type of combat knife that they procured in advance and used in their attack has only one purpose, which is to inflict serious or fatal injuries. This was not a spontaneous altercation in which a weapon just happened to be pulled, this attack was premeditated and organised.

“The Crown Prosecution Service has worked very closely with Northumbria Police from the very start of this complex investigation and their excellent work has assisted us in building a robust case against each of those sentenced today.

“All our thoughts remain with Jack’s parents, who have bravely spoken of the devastating effect that his death continues to have on their family. We sincerely hope that the sentences passed today provide some measure of comfort to them at what remains an incredibly difficult time.”