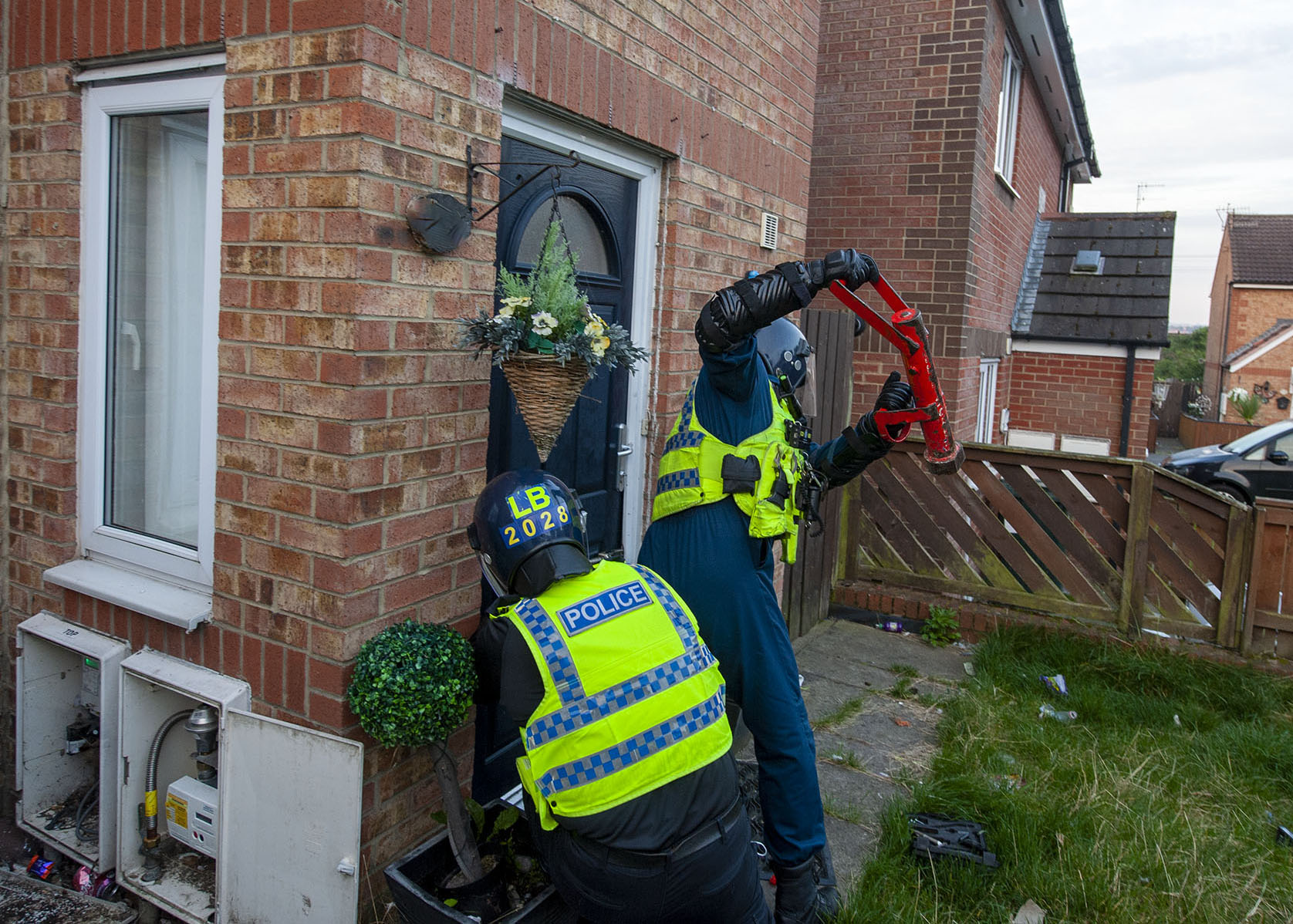 Northumbria Police has been praised by inspectors for how they tackle serious and organised crime.

In a report published today by His Majesty’s Inspectorate of Constabulary and Fire and Rescue Services (HMICFRS), the Force received recognition for its approach to dealing with some of the most serious offences across our communities.

The report – which rated the Force as Good – highlighted that a range of ongoing operations to pursue offenders and protect residents were continuing to achieve success.

There was further recognition for the work the Force does to prevent young people from being drawn into such criminality, most notably working with partners on divisionary schemes.

Inspectors also praised the Force for its innovative and creative approach to identifying areas where resources should be directed.

This was notably around the initiative ‘Clear, Hold, Build’ – which aims to tackle issues associated with serious and organised crime within specific areas. It highlighted that one operation alone had led to more than 40 warrants being carried out and 500 arrests – while safeguarding those who were vulnerable.

Detective Chief Superintendent Craig Metcalfe, Head of Crime for Northumbria Police, said: “As a Force, tackling serious and organised crime is a priority and it is great to see the extensive work we carry out in this area recognised so positively.

“The findings highlighted within the report are a testament to the fantastic efforts made each and every day by our officers, staff and volunteers who are determined to make a real and lasting difference.

“We are absolutely committed to pursuing offenders and dismantling their organisations, while safeguarding the vulnerable and protecting our communities.

“We also want to prevent people from becoming involved in this type of offending, so it was pleasing to see the work we carry out to divert young people away from such a life recognised.”

The report further highlighted the way in which the Force communicates with communities to raise awareness of activity carried out in relation to tackling serious and organised crime, through the dedicated Operation Sentinel brand.

Amongst the overwhelming majority of positive findings, the report did recognise some areas for development, with action already under way to address these.

Det Chief Supt Metcalfe said: “We are far from complacent and are determined to build on the overwhelming positive findings highlighted within the report.

“I would also like to take this opportunity to thank our partners for all the work they do to help us tackle serious and organised crime, and the public for their ongoing support.

“Together we can ensure the region continues to be a safe place to live, work and visit.”

Northumbria Police and Crime Commissioner, Kim McGuinness, said: “The fight against serious and organised crime is very much on in Northumbria and I am pleased recent successes have gained the recognition they deserve in this report.

“There is great determination from officers in our region to catch those at the top who are masterminding the criminal activity that brings misery and distress to others including entire communities.

“For me, the real success is the recognition of the prevention work that is happening. Putting a stop to vulnerable young people being drawn into crime in the first place is the absolute focus for me and prevention work by officers and my Violence Reduction Unit is key to the fight against crime. I’m confident areas for development are already being addresses and I see this area of work going from strength to strength for Northumbria Police. It’s a well done from me to all involved.”