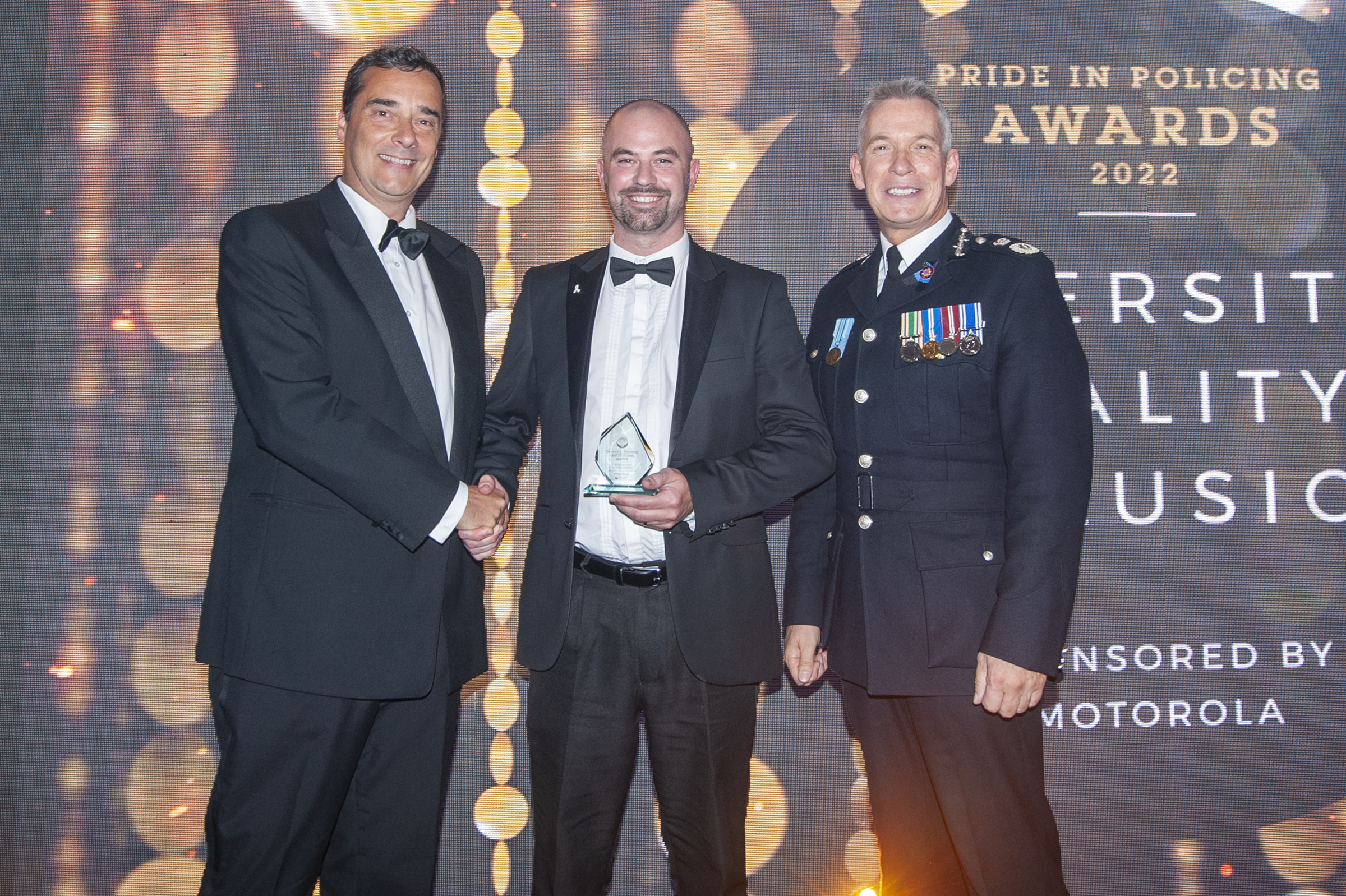 Superintendent Steve Wykes won the Diversity, Equality and Inclusion Award, sponsored by Motorola, at our Pride in Policing ceremony

An inspirational officer at the forefront of encouraging people from all walks of life to consider pulling on the Northumbria Police uniform has been honoured.

Superintendent Steve Wykes is instrumental in inspiring the next generation of police officers and his dedication to diversity, equality and inclusion is second to none.

As well as helping to recruit the latest officers, he is also passionate about seeing his current colleagues develop so they can reach their full potential.

In recognition of his work, he was recently awarded the Force’s Diversity, Equality and Inclusion Award, sponsored by Motorola, at our Pride in Policing ceremony.

Humbled to receive the award, Supt Wykes said: "I was absolutely delighted to be nominated in the category alongside some fantastic colleagues.

“While I'm really proud to win, I'm keen to recognise the range of people supporting diversity, equality and inclusion both in and outside of policing.

“I’m delighted to work for an organisation where we truly are committed to building on the fantastic work already under way in this area.

“I believe strongly that getting this right starts with people simply being kind and seeking to understand each other.”

He added: “Through our recent recruitment campaigns we have sought to encourage the very best applicants possible to join us, people from a range of backgrounds and who will bring with them a wealth of experiences.

“In doing so, this will ultimately help ensure we can continue to provide the best service possible to the fantastically diverse communities we are privileged to be a part of here in the North East.

“I would encourage anyone who wants to make a real difference to their communities to consider a career with Northumbria Police, whether as an officer, staff member or volunteer – there really are some fantastic opportunities.”

Supt Wykes was nominated for the award by Assistant Chief Officer Joscelin Lawson, who has hailed the contribution he makes to the Force and the communities we serve.

She said: “At Northumbria Police, a supportive and inclusive culture means everything to us.

“And one person who is really leading the way on this is Steve.

“As well as his work with new recruits and officers, he is passionate about having meaningful conversations that build on our culture and about creating an environment where people feel they can truly be themselves at work and thrive.

“As a Force, we value diversity, equality and inclusion and we value Steve’s unwavering commitment to ensuring we as an organisation keep challenging ourselves to be better.”