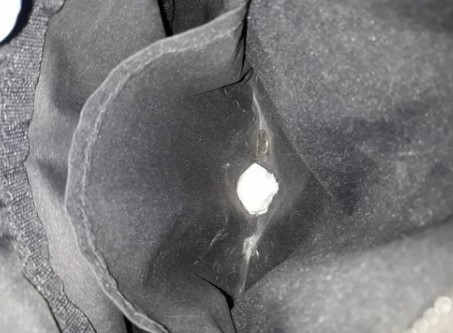 A large quantity of Class A drugs have been taken out of circulation and a dealer put before the courts in the space of 24 hours.

Officers from Northumbria Police’s Serious and Organised Crime Investigation Team arrested 22-year-old Connor Briggs at an address in the city shortly after 8am on Wednesday (December 7).

Following a search of the property, officers uncovered a quantity of crack cocaine hidden inside Kinder Egg chocolate packaging, a total of £5,260 in cash and a burner phone with deal line.

Briggs, of Elswick, appeared at Newcastle Magistrates’ Court on Thursday (December 8) where he pleaded guilty to possession of a Class A drug with intent to supply and possession of criminal property.

He also admitted a further count of possession of a Class A drug with intent to supply and possession of criminal property in relation to offences which occurred on May 18 this year and was remanded in custody.

He is due to be sentenced at Newcastle Crown Court on January 5.

Speaking after Briggs’ conviction, Detective Sergeant Chris Johnson, of Northumbria Police, said: “This is a good result thanks to the efforts of our officers who work tirelessly to stop those involved in this type of criminality.

“Anybody looking to make money from selling harmful, addictive illicit substances can expect to be pursued by our teams, have their operations dismantled and their drugs seized.

“We hope that this latest seizure helps to reassure our communities that tackling organised crime, as part of Operation Sentinel, is one of our top priorities.”

To report suspicious activity, use the Tell us Something page on our website.

Or alternatively you can report information anonymously to the independent charity Crimestoppers by calling 0800 555 111.