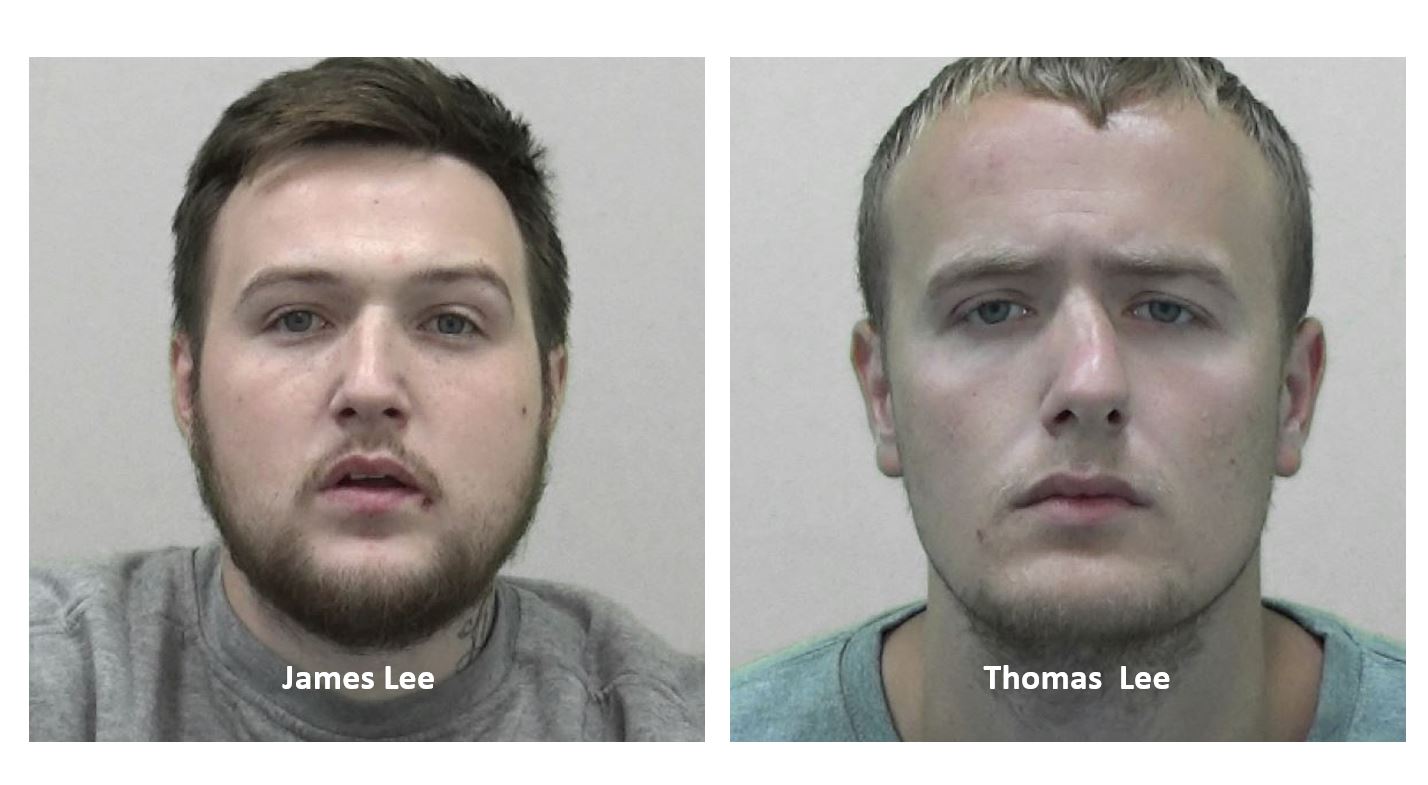 Two brothers who tried to murder a mother in her home by firing a sawn-off shotgun through the window have been jailed.

Thomas and James Lee planned and carried out two shootings during a 48-hour crime spree in Newcastle in 2019.

The first incident on the night of October 3 saw the brothers fire a gun through the kitchen window of a Westerhope home following a suspected dispute with the victim’s son.

While cooking in the kitchen, the mum heard a loud bang and the window of her Fordmoss Walk home smash. She suffered serious injuries to her back, arm and face caused by shotgun pellets and flying glass.

Then in the early hours of October 5, the pair fired a gun at another man in his St Keverne Square flat following a separate suspected fallout. The victim sustained injuries to his ear and calf – but survived.

Both brothers were found guilty by a jury of attempting to kill the mum following a three-week trial at Newcastle Crown Court in October 2021.

Thomas, 21, of no fixed abode, was also convicted of possessing a firearm when prohibited, assault on emergency worker and racially aggravated disorderly behaviour with intent to cause harassment, alarm or distress.

Today (Tuesday) both brothers were back in the dock and each sentenced to 24 years behind bars.

Detective Chief Inspector Jane Fairlamb, of Northumbria Police, said: “Both brothers hatched a complicated plan to carry out these two shootings, using various vehicles to disguise their movements with the aim of avoiding detection.

“Guns are not toys. They knowingly and willingly pulled the trigger in an attempt to kill a mum in her home, as well as injure a second man after a suspected falling out.

“Incidents involving firearms are thankfully rare in this region, but when they do occur, this case shows that Northumbria Police are committed to using every tactic at our disposal in order to secure effective justice and put the perpetrators behind bars.

“Thomas and James Lee have proven themselves to be a danger to society and I am pleased that the jury saw through their lies. The streets of Newcastle are certainly a safer place with them both behind bars.

“I would like to thank everyone involved in this significant investigation who have all played their part in bringing these offenders to justice.

“Under the banner of Operation Sentinel, we will continue to do everything we can to tackle and prevent serious and violent crime across Northumbria.”

The court heard police located the sawn-off shotgun and cartridges in the boot of a Ford Mondeo which both brothers had access to.

When Thomas Lee was arrested, he was found in possession of two shotgun cartridges which he claimed were planted by officers.

Thomas went on to admit both possessing and firing the gun in the second incident, but alleged he did not intend to kill or cause serious harm to anybody.

About an hour after the second shooting, police saw a VW Golf on nearby Millfield Walk with James Lee behind the wheel.

But after officers activated their blue lights, James made off at excess speed – reaching speeds of up to 80mph through residential areas in a bid to evade arrest.

Future enquiries placed James and Lee together at the same address close to that vehicle.