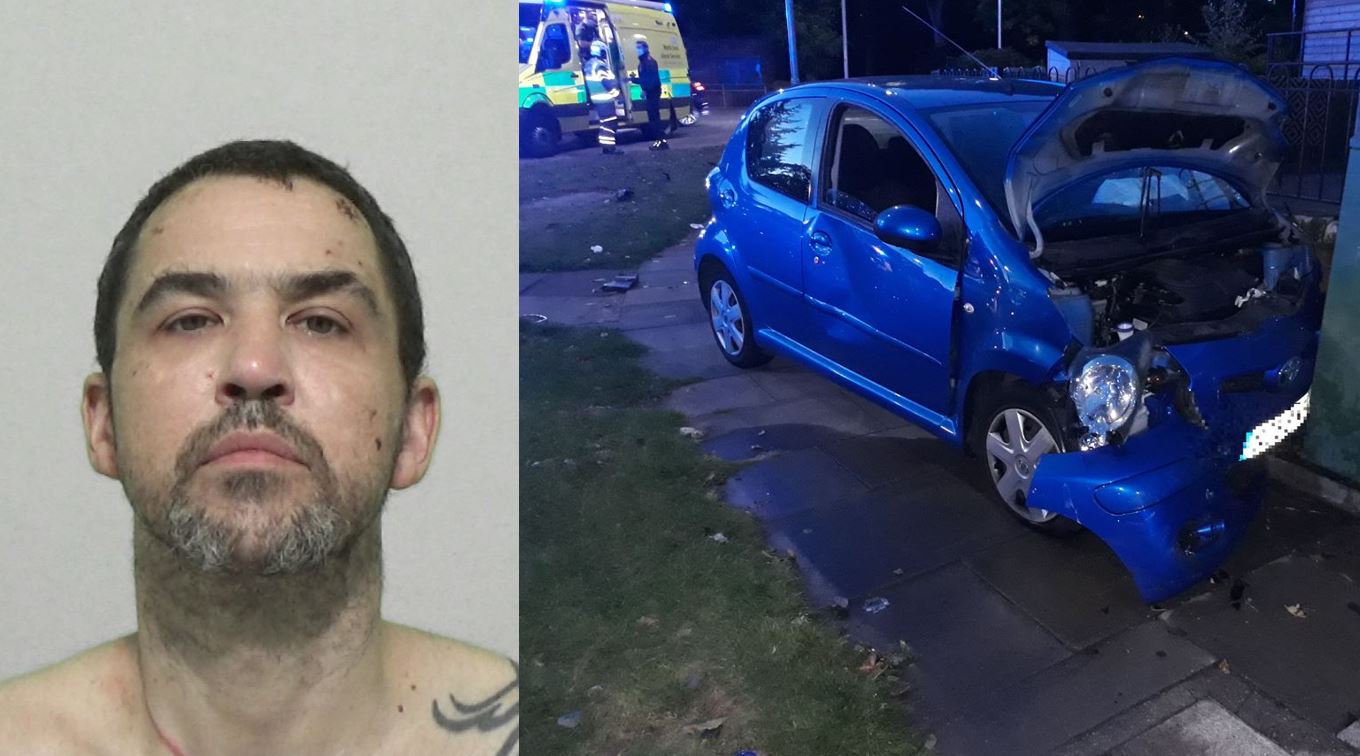 Officers have heaped praise on a Good Samaritan who helped detain a drug-fuelled driver who attempted to flee the scene of a crash.

John Sinclair knocked a cyclist off his bike and smashed into another car at a busy South Shields junction on the afternoon of September 29 last year.

Under the influence of heroin and cocaine, the frenzied 39-year-old who was armed with a hunting knife tried to get into other people’s cars – in a bid to flee the scene.

But a brave passer-by intervened, pinning Sinclair to the ground and disarming him until police arrived.

With Sinclair now beginning a 30-month custodial term, officers have hailed the member of the public who risked his own safety in order to help others.

Detective Chief Inspector Sean Mcguigan, of Northumbria Police, said: “This could so easily have been a very different outcome.

“Sinclair’s erratic and dangerous actions led to him knocking a cyclist off his bike at high speed, before crashing into a car on a busy road. He was under the influence of drugs, and could easily have killed somebody.

“Immediately after the collision, armed with a knife, he then left motorists terrified as he tried to get into other vehicles in a desperate bid for freedom.

“Thankfully, nobody was injured – and that is largely due to the extraordinary actions of this Good Samaritan.

“We would always discourage the public from risking their own safety, but it’s important to recognise examples of bravery such as this.

“I would like to thank everybody involved, particularly the passer-by who intervened, as well as the victims who supported this prosecution at every step of the way.

“It is because of their bravery and cooperation that effective justice has been served, and Sinclair now begins a rightful jail term.”