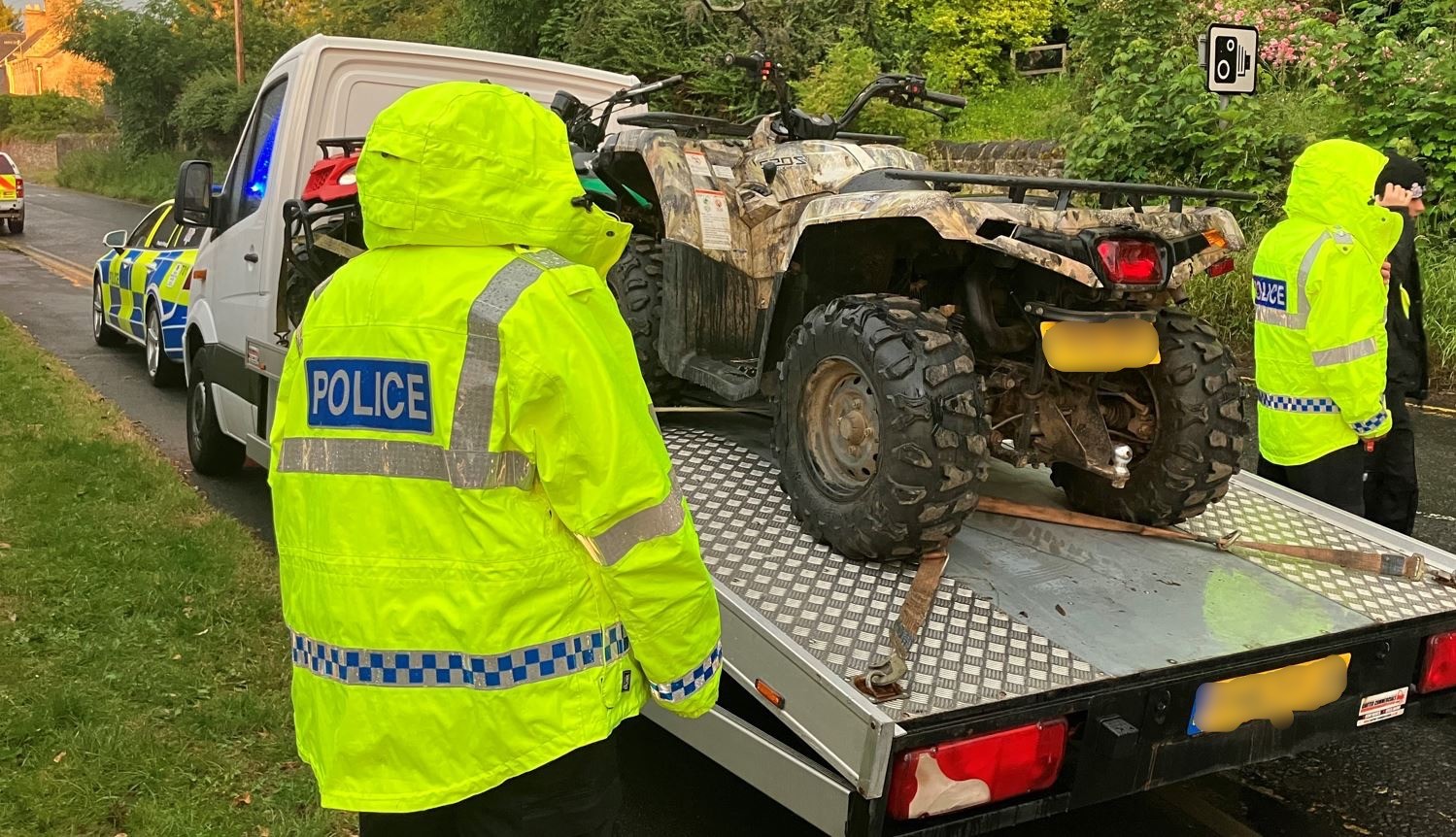 Officers were again supported by our rural crime volunteers, along with Durham Constabulary, Cleveland Police and Cumbria Constabulary.

Cross-border criminals who prey on rural communities were sent a resounding message as part of a continued crackdown.

The biggest rural policing operation of its kind in the UK, Operation Checkpoint sees police, partners and volunteers join forces to target travelling criminals who commit crime across the North of England and Scotland.

The hard-hitting operation is devised to prevent and tackle rural acquisitive crime, wildlife and poaching offences – with criminal groups often travelling substantial distances between counties in a bid to evade arrest.

They were once again superbly assisted by the Force’s Rural Crime Volunteers – a team of selfless rural residents who closely monitor the areas they know most, and feed directly into front-line officers if they see anything that rouses suspicion.

Superintendent Andy Huddleston, Force lead for rural crime, said: “We know that Operation Checkpoint gets results – and that’s down to the fantastic teamwork between all the Forces, officers, volunteers and partners put such time and energy into making it a success.

“That proved the case once again on Thursday, with nearly 100 suspicious vehicles stopped and checked across the rural areas of Northumbria, Durham, Cleveland and Cumbria.

“In Northumberland alone, 27 vehicles were stopped with individuals identified and spoken to regarding suspected poaching offences in the Slaley area. Another vehicle was pulled over near Hexham after it was found to be towing three quad bikes, which attracted our attention.

“While roadside checks verified that all was in order with those particular quad bikes, this robust activity should send a strong message to anybody who travels to Northumbria intent on targeting our rural communities. It will not be tolerated – and you will be caught.”

Supt Huddleston added: “We are one of the only Forces in the country to have Rural Crime Volunteers, and I want to again thank them for their selfless contribution. Many of them live rurally and act as our eyes and ears - they know what doesn’t look right in their communities, and their intelligence is absolutely priceless.

“We will continue to use every tactic at our disposal to tackle all rural crime in Northumbria and protect those who live in our more isolated communities. We are delighted with the impact of Thursday’s operation – and will be looking to maintain that momentum over the coming months.”

If you are passionate about the rural area and fancy joining #TeamNP, why not consider applying for our police officer recruitment programme which is now open? For more information, visit https://careers.northumbria.police.uk.