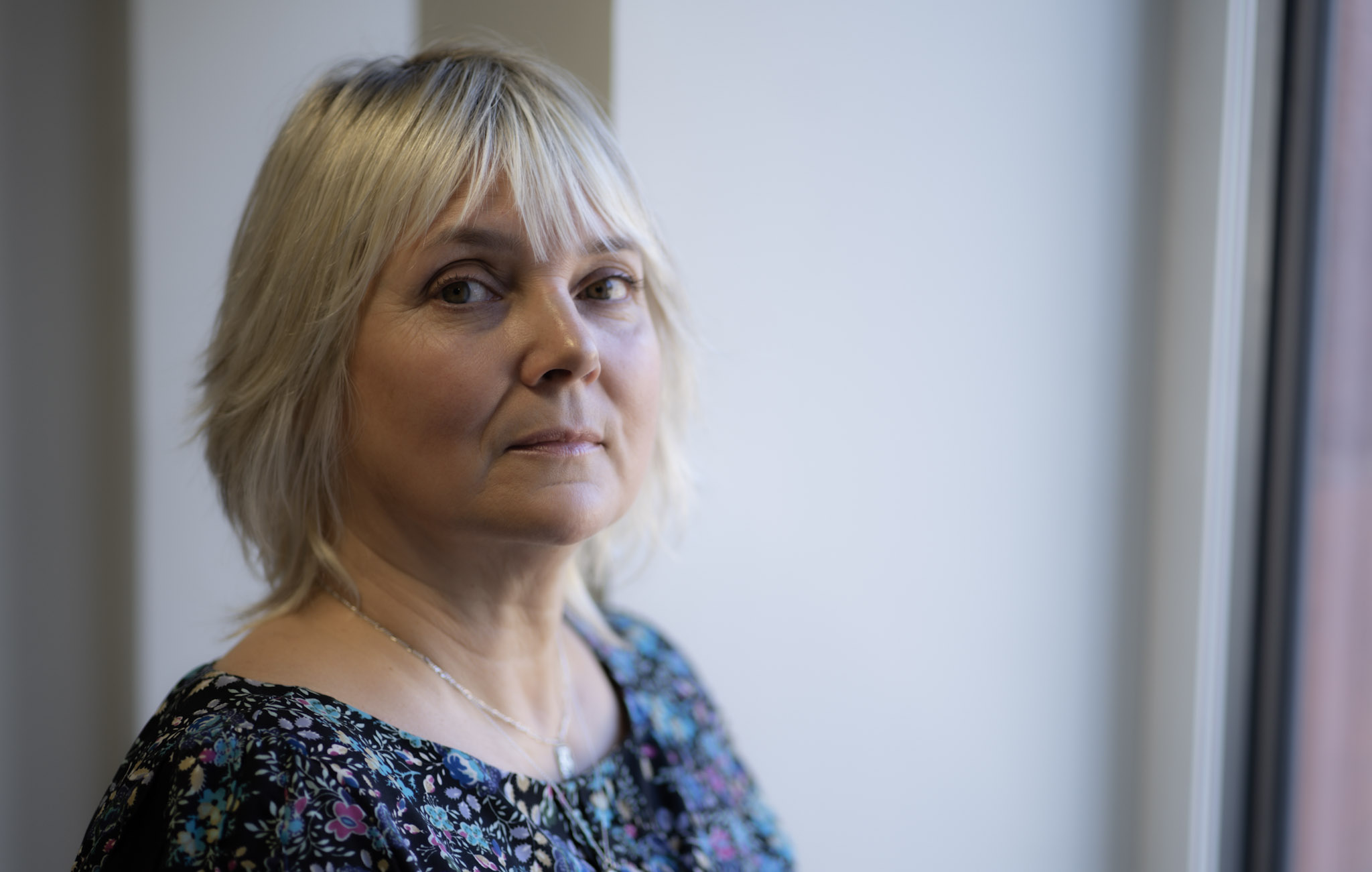 I'm not your victim, I'm a miracle - Survivor speaks out after ex-partner jailed for stabbing her 29 times

Those are the words of a woman who miraculously survived being stabbed 29 times by her partner who then locked her in the house and left her to die.

Martina (Tina) Turner was stabbed with several knives and left to die in a pool of her own blood by partner Steven Wood on May 21.

Doctors would later tell her she was lucky to be alive after the ordeal, which saw her admitted to hospital with a blade still embedded in her chest.

Following a thorough investigation by detectives from Northumbria Police, Wood was arrested and on January 17 convicted of attempted murder.

On Friday (July 22) he was sentenced to life at Newcastle Crown Court and must serve a minimum of 12 years behind bars.

Following the sentencing, Tina, 54, also made the courageous decision to share her harrowing story in the hopes showing people domestic abuse can take many forms, and there’s no shame in asking for help.

She said: “I was so besotted and so much in love with Steven. We had been living together over a year and had planned the rest of our lives together.

“I now have to live with the knowledge that the man I loved and tried to help, that I believed was a charming, empathetic and in his words “a soulmate” could turn into a monster and attack me.

“As I begged for my life, as I told him we could talk about anything, he told me “no, I have to finish you off because I am not going to prison for you.” That sentence stays with me, I hear it every day in my head. I think it will stay with me the rest of my life.

“I feel so naïve, stupid, so manipulated.”

But Tina, who has previously worked in education, believes Wood manipulated her caring nature and that she ignored the red flags which suggested something wasn’t right.

“He was very insecure and needed constant reassurance that I loved him for who he was. He had never been violent but could be controlling and paranoid. He told me one of his ex-partners left him while he was at work. She had just emptied the house and disappeared. I wonder now if she left because she was terrified of him.” she said.

During the course of their relationship, controlling Wood told Tina that an ex-partner of his had fallen down the stairs during an argument, but the police would later tell her he had in fact pushed her down the stairs with a metal pole.

After Wood was jailed, survivor Tina was determined to make sure other women heard about her experience and knew it was OK to seek help and support.

She said: “I now realise how miraculous it is I survived my injuries, as some people die from one stab wound and I had 29.

“Steven had every opportunity to ring an ambulance however, instead he left me to die with a knife embedded in my chest in a pool of my own blood and was clear headed enough to lock the doors to prevent anyone from helping me.

“I will celebrate May 21 as my second birthday – it wasn’t the day I died, it was the day I survived.

“Looking back, I think I ignored the signs. He told me he had Bipolar disorder and I helped him, we went to therapy, it’s in my nature to help people but that was my downfall with him, I didn’t see the red flags and didn’t take notice.

“I used to blame myself but therapy has helped me get me where I am now. I have good and bad days but I know how to survive. I am not a victim, I am a survivor.

“I know now that no one has the right to do that to anyone, it doesn’t matter how ill they are.

“My message to other people who might be in a similar position is please don’t let it get as far I did. When someone starts to intimidate you, take it seriously, don’t wait until it’s too late and they attack you.”

Wood was jailed for life with a minimum of 12 years.

Tina continues to receive support from Northumbria Police and a range of other services.

Anyone who has been affected by domestic abuse, or wants to report violence, inappropriate behaviour or any concerns is asked to get in touch immediately using the ‘Tell us Something’ page on our website.

If you have concerns about a partner or a loved one you think could be at risk of domestic abuse, you can apply to use Clare’s Law – a national information request which checks a person’s record and is completely free and confidential.