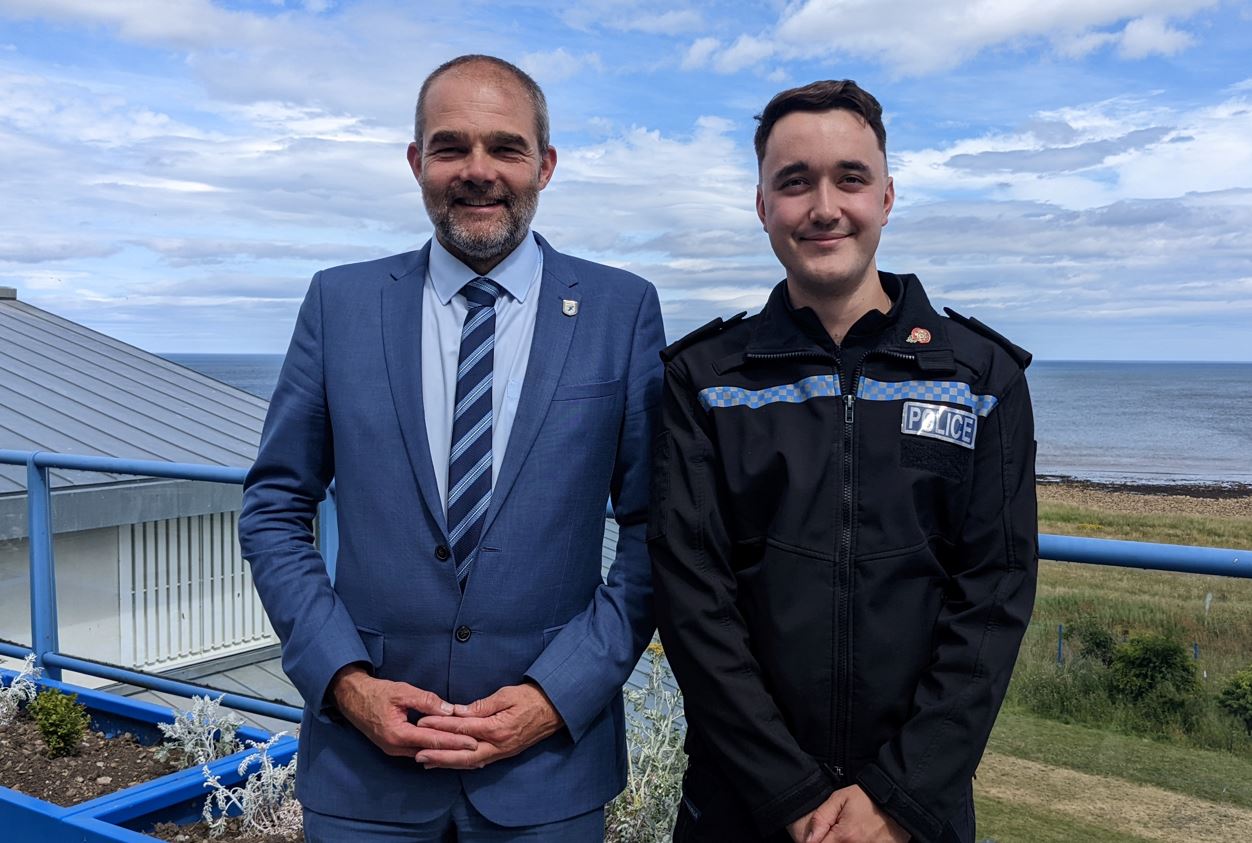 A dynamic PC has heaped praise on South Tyneside’s young people after a creative idea helped anti-social behaviour decrease by up to 80 per cent.

Since joining the Force in November 2020, PC Tom Scott has worked closely with various youth groups and schools including Whitburn Church of England Academy to build up a strong rapport with students and staff.

Off the back of previous disorder, PC Scott took time to get to know pupils and hear their views on a range of subjects, while trying to change perceptions about police officers and what they represent.

That work was complimented and built on by Safer South Tyneside, a team of agencies which include South Tyneside Council, Northumbria Police, Tyne & Wear Fire & Rescue and South Tyneside Homes who work together to protect communities and help residents feel safer.

The results have been significant. Between June 2021 and June 2022, reports of youth-related anti-social behaviour in the area fell by up to 80 per cent compared to the same period one year earlier.

That coincided with PC Scott delivering a range of assemblies in schools about issues including anti-social behaviour, knife crime and drug misuse, as well as a range of out-of-school initiatives led by Safer South Tyneside.

PC Scott said: “Tackling anti-social behaviour is a priority for the Force all year round – and it’s something that relies on so many other people too.

“It can only truly be dealt with by a range of partners including schools and community groups working together. But one of the most important contributors is the young people themselves.

“I have been hugely impressed and encouraged by the attitude of young people in South Tyneside. When we explain the impact that things like anti-social behaviour can have on others, the overwhelming majority have been incredibly receptive and care about changing their ways.

“The work we are doing in the area, with all the schools and youth groups, is all about building bridges and helping young people to realise that the police aren’t their enemy – we’re here to keep them, and everyone else, safe.

“A huge amount of hard work has gone into helping to make South Tyneside as safe as it possibly can be. I’d like to sincerely thank everyone involved including the schools and the young people – and look forward to building on that relationship in the years to come.”

Cllr Tracey Dixon, Leader of South Tyneside Council and Whitburn and Marsden ward councillor, said “Young people in the area were very open to having discussions with the youth workers over the summer period and staff established some very good relationships. The young people were willing to engage in conversations about anything from school concerns to drug use.

“Detached youth work can be highly beneficial for building a rapport with young people in the community, making sure they are safe and where appropriate, organising activities such as games of sport.”

And the work by PC Scott and the wider team in South Tyneside to try and curb anti-social behaviour did not go unrecognised.

PC Scott won the ‘Problem Solver’ award at this year’s Southern Area Command Awards – and has earned widespread praise for his approach.

John Crowe, principal of Whitburn Church of England Academy, is among those to have praised the impact made.

He said: “Tom – or PC Tom as the students call him – really cares what happens in our community, giving his time to our students and staff.

“His approachability and friendly disposition allows trust to be built with young people and ensures that the relationships between police and young people are strengthened.

“Tom has been a breath of fresh air and his ability to relate to young people while maintaining authority and respect are absolute qualities which ensure he knows our students very well.”

If you are passionate about helping to tackle anti-social behaviour and work collaboratively with young people as part of a problem-solving approach, why not consider a career with Northumbria Police?