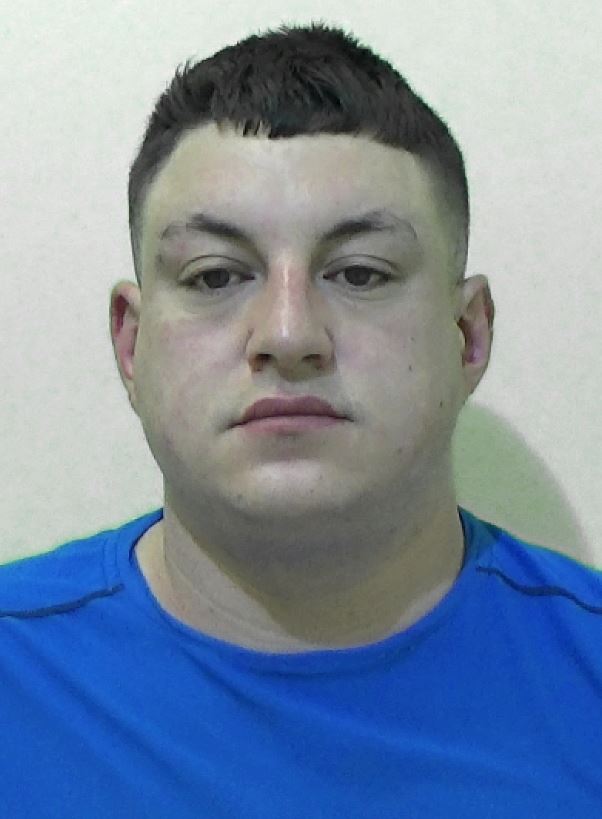 A disqualified driver has been jailed after getting behind the wheel in a hospital car park - while nearly three times over the alcohol limit.

John Dennis was arrested, convicted and sentenced all within 48 hours following his inexcusable behaviour outside Cramlington's Northumbria Specialist Emergency Care Hospital in the early hours of Thursday (June 23).

The 28-year-old, who received a road ban back in October 2020 after leading police on a dangerous pursuit, was caught on the hospital’s CCTV getting into a black Vauxhall Astra.

He then drove the vehicle towards the entrance of the car park in an effort to leave, before reversing, turning around, and driving on the wrong side of the road back into a parking space.

Moments later he was met by on-duty officers who suspected he was intoxicated.

Further checks showed Dennis was not only disqualified and with no insurance, but also already on court bail for a further driving offence relating to the same Astra in Percy Main three months earlier.

After being spotted by police on March 11, Dennis tried to make off on foot but was later found hiding in a nearby garden and detained.

On Friday (June 24), Dennis, of Brunton Street, Percy Main, admitted two counts of driving while disqualified, having no insurance and driving whilst above the legal alcohol limit.

He was subsequently jailed for 49 weeks and handed a further 42-month driving ban which comes into effect following his custodial sentence.

Sergeant Glen Robson, of Northumbria Police’s Operation Dragoon team, said: “It is clear that Dennis has shown a total disregard for the law and for the safety of other road users.

“On two occasions, despite knowing he was disqualified, he willingly got behind the wheel of a car – putting the lives of others in danger. In the most recent case, it almost beggars belief that he would decide to drive whilst intoxicated in the car park of a hospital.

“This was despite already being on bail for a separate offence which saw him unsuccessfully try to run away from police after being caught driving.

“The law is not optional, and when anybody gets behind the wheel of a car while intoxicated, they risk ruining more than one life forever. His actions were selfish and reckless – and I am pleased that the severity of his crimes have been reflected in this custodial sentence.

“Protecting all our road users is our absolute priority, and anybody who flouts the law can expect to be dealt with swiftly and robustly.”

In October 2020, Dennis was jailed for 10 months and handed a 31-month road ban at Newcastle Crown Court after being convicted of a string of offences including dangerous driving.

That offence saw him drive at speeds reaching 100mph on the A1 at Holystone as he failed to pull over when instructed and led officers on a dangerous pursuit.