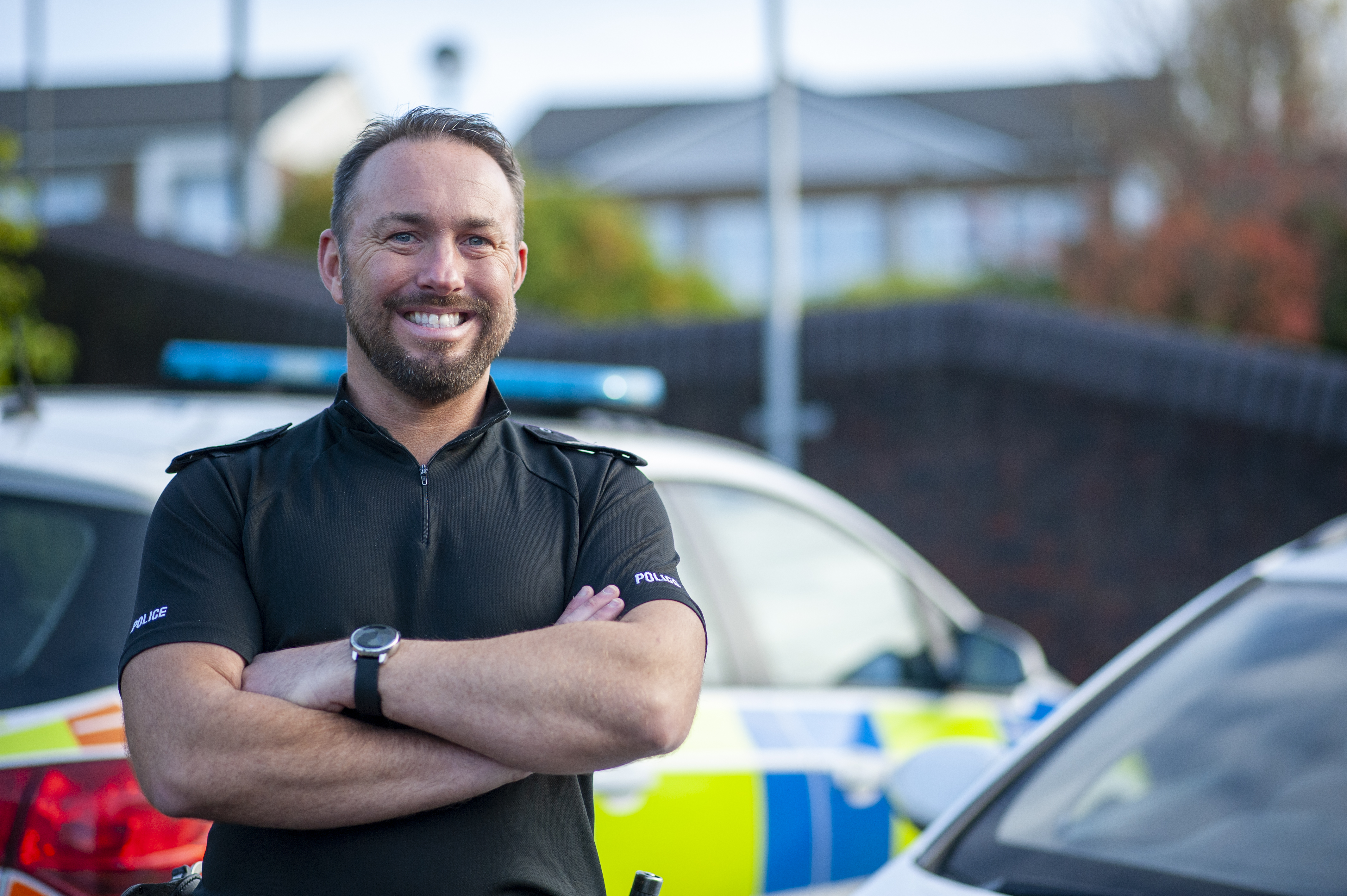 The brave actions of a response officer who disarmed a man who was threatening to shoot his own mother have seen him shortlisted for a National Police Bravery Award.

Last summer, Sergeant Graham Yare and two other officers responded to a 999 call – with the caller reporting their son was in the garden saying he was armed.

On arrival, finding the entrance to the garden blocked and fearing for the lives of all involved, the Sgt bravely climbed the fence, only to come face-to-face with what appeared to be a man holding a Uzi submachine gun.

The weapon was later found to be an air replica, but Sgt Yare had no way of knowing that at the time.

Believing the weapon to be a genuine firearm, the Sgt attempted to negotiate with the man.

However, with them still acting aggressively, Sgt Yare deployed his Taser, causing the man to drop his weapon.

And with the help of colleagues, the offender was successfully detained.

A later search of the property in the Gateshead area unearthed a number of replica firearms and several knives and long blades.

In May this year the man pleaded guilty to possession of firearm with intent to cause fear of violence.

Chief Constable Winton Keenen QPM said: “I am privileged, on a daily basis, to witness high levels of resilience, fortitude and personal endeavour across the entire policing landscape by our officers, staff and volunteers and have come to expect exceptional behaviour as the norm.

“However, even when set against so many other significant demonstrations of bravery and selflessness, the actions of Sgt Graham Yare stand out as being truly exceptional.

“This is an occasion where the exceptional, selfless and outstanding behaviour of Graham, demonstrating as it does such bravery in the service of others, should be recognised and commended at the highest level.

“Indeed, each and every one of us, as public servants and members of our local communities alike, should take pride and reassurance from the courage displayed by Graham in such extraordinary circumstances.

“Graham is a credit to policing as a whole and particularly to Northumbria Police and the fantastic region of the North East he represents so well; doing so on behalf of so many of his like-minded colleagues.”

Impressed by the Sgt’s unwavering commitment to protecting the public, Northumbria Police Federation Chair Insp Jim Gray nominated him for a National Police Bravery Award and is delighted that he has now been shortlisted for the top accolade.

“From the 999 call, he was well aware the suspect in this incident had guns and other weapons,” Insp Gray said. “But of course, he couldn’t have known they were air replicas.

“Graham is not a firearms officer – he put himself at significant personal risk to ensure the safety of the man’s mother and the man himself, his police colleagues and other members of the public.

“It was an extremely brave act, and we’re all very proud of him.”

The National Police Bravery Awards honour officers from across England and Wales who have performed outstanding acts of bravery while on or off-duty.

As a nominee, Sgt Yare will join colleagues from across the country in attending a reception and an evening awards ceremony in London in July.

With police officer recruitment now open, if you are inspired by Sgt Yare’s story and feel you too have what it takes to make a difference, then Northumbria Police want to hear from you. Visit the Force’s careers website to find out more.