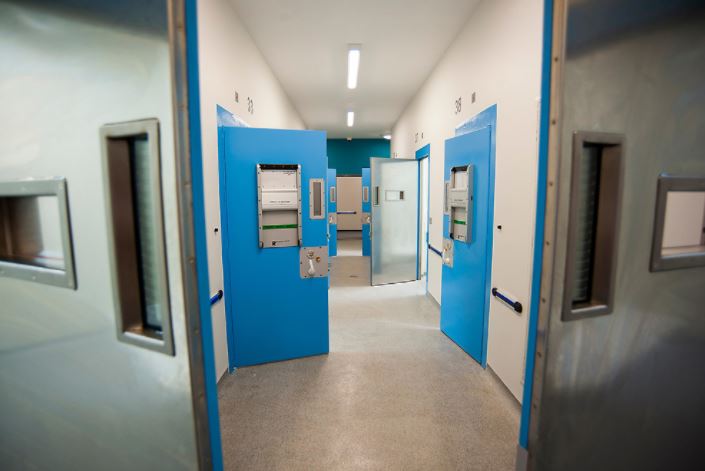 Three arrested, two motorbikes recovered and a banned breed of Pitbull seized - all in a day's work for response cops

Three people have been arrested, two motorbikes recovered and a banned breed of Pitbull seized as part of an investigation into suspected stolen vehicles.

Last week, police received two separate reports that motorbikes had been stolen from outside an address on Wingrove Avenue and Grosvenor Casino.

Response officers were deployed after those bikes were later spotted zipping around the Shields Road area of Byker at around 11pm on June 7.

One concerned resident reported riders were not using headlights and were driving on the wrong side of the road.

Upon seeing officers, the riders dispersed - with one ditching the bike and making off on foot towards Albion Row and Dalton Street. The male later hopped back on his vehicle as the group fled the area.

Undeterred, officers enlisted help from the Force’s Operations Department, including Motor Patrols officers and the Dog Section, and the suspects were soon traced to an address on Armstrong Road in Newcastle’s West End.

The address was quickly contained before a short foot chase ensued as one of the suspects fled the property on foot, but was detained after trying to hide behind a nearby tree.

Another suspect who tried to evade capture was arrested on Clara Street and the third suspect was detained inside the address.

Two males, both aged 17, and a 21-year-old woman were arrested on suspicion of theft and have since been released on bail.

Searches of the address led officers to seize two suspected stolen motorbikes and a dog, believed to be an American Pitbull Terrier – a banned breed – which is being looked after by the Force’s Dog Section as enquiries continue.

Chief Inspector Clare Langley, said: “As a response officer you always have to be ready for whatever situation is coming your way, and just because a report comes in as one thing, it can quickly develop - and you must be ready to act.

“This incident started as a report of stolen vehicles but soon escalated to reports that those vehicles were being used in a dangerous and reckless manner. It was then a magnificent team effort as response officers worked with colleagues from our Operations Department, and together they were able to take advantage of each others’ expertise and bring a fast-paced, developing job to a safe and swift end.

“The fantastic teamwork on display resulted in three people being arrested on suspicion of stealing motorbikes and riding them recklessly around Newcastle – and I am thankful no injuries or collisions happened as a result of this activity.

“Driving any vehicle without the correct lights, on the wrong side of the road, or in any kind of careless manner puts lives at risk and we will not tolerate it.”

Do you think you have what it takes to join our #TeamNP?