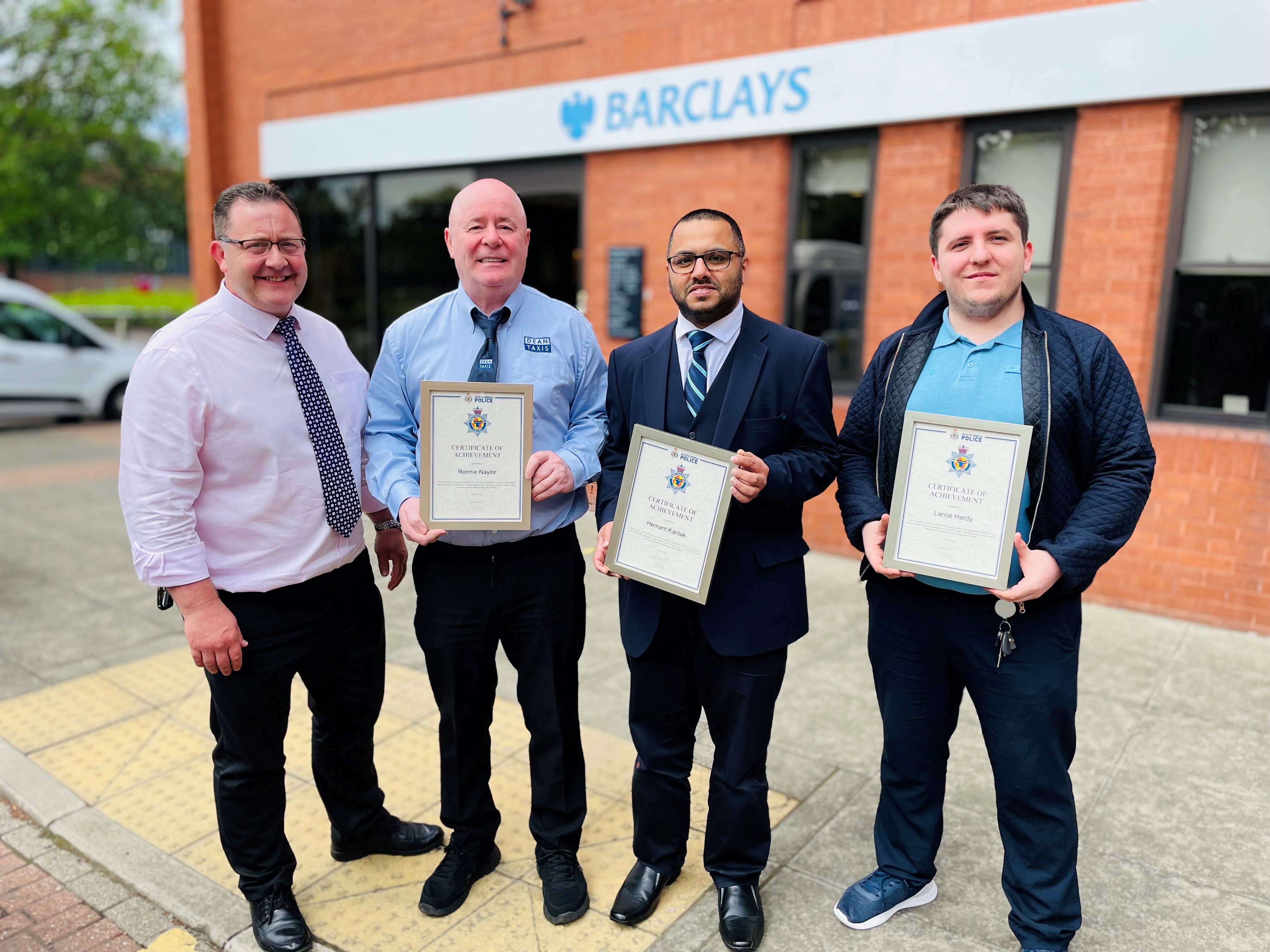 A well deserved thanks to three local heroes

The Force has praised the quick-thinking actions of a taxi driver and two bank staff whose actions helped an unsuspecting pensioner from becoming a victim of fraud.

Last month, a Gateshead pensioner was contacted by con-artists claiming to be from Barclays’ Fraud Office.

As part of their elaborate con, she was tricked into believing she had already been targeted by a stranger trying to make purchases with her card.

The fraudster convinced her that to protect her money she needed to withdraw £2,000, which she would then post to a ‘safe’ address.

Concerned for her money, the woman - who is in her 80s - rang for a taxi to take her to her nearest Barclay’s branch.

Once inside the taxi, the driver overheard the woman on her mobile being told by fraudsters that she was not to tell bank staff why she was withdrawing the cash.

Alarmed by the conversation, the driver escorted the pensioner into the branch and flagged down a member of staff to warn them of the situation.

Bank staff were then able to intervene, confirmed the scam and swiftly called officers.

Earlier this week, the taxi driver, Ronnie Naylor, and bank staff Hemant Kantak and Lance Hardy were given a certificate of thanks from Northumbria Police Chief Constable Winton Keenen.

Northumbria Police Detective Inspector Chris Riley, who presented the certificates, said: “The actions of these three men have helped safeguarded an elderly woman and keep fraudsters from gaining access to her money- I was honoured to be able to present them with a small token of our appreciation.”

The presentation comes as Northumbria Police supports Courier Fraud Week – a national campaign to raise awareness of these types of fraud and how to protect yourself and loved ones.

Typically, courier fraudsters target their victims by claiming to be a police officer or a member of staff from a victim’s bank and they often pressure people into making quick financial decisions to assist with fictious investigations.

DI Riley added: “This type of fraud sees offenders deliberately target some of the most vulnerable and prey on their fears.

“It is essential that the public take the time to talk to your loved ones about courier fraud and help us reinforce the message that a bank will never ask anyone to withdraw cash or send anything via a courier.”

“If you receive a call like this do not interact with them - hang up and report it immediately.”

If you suspect you or your loved ones have been the victim of fraud or are being targeted, call Action Fraud on 0300 123 2040.