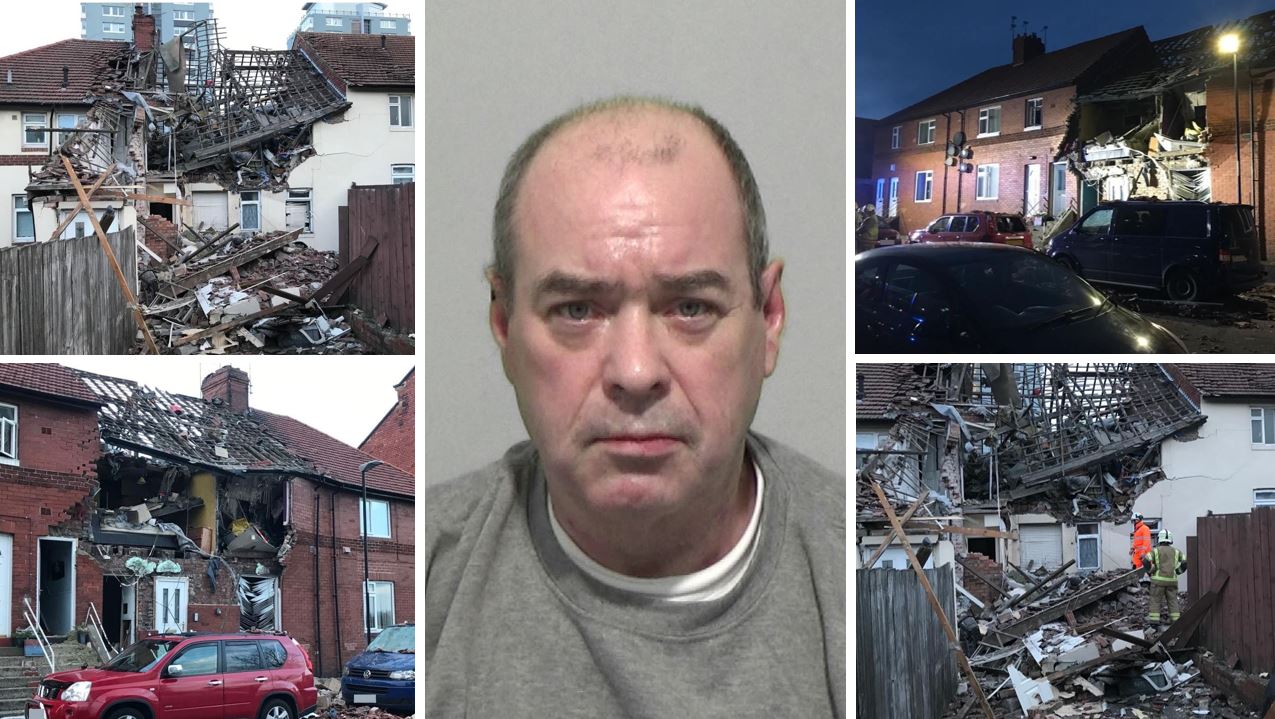 A man has admitted causing an explosion that resulted in over £1 million worth of damage on a residential street in Sunderland.

Emergency services descended on Whickham Street in Roker on the afternoon of February 15 after a gas explosion that occurred within the kitchen area of a first floor flat.

Ian Lenaghan, 59, was one of two people taken to hospital with serious injuries as a result of the blast which destroyed one property and substantially damaged several others – sparking a huge emergency service response.

An investigation into the cause of the explosion was subsequently carried out with police supported by the Health and Safety Executive (HSE) and Tyne & Wear Fire & Rescue Service.

They found that a gas cooker hose had been cut multiple times with a sharp metal object prior to the blast, which occurred at 3.45pm.

Lenaghan, of Whickham Street, Sunderland, initially refuted his involvement in the cause of the explosion, but today (Wednesday) pleaded guilty to damaging property reckless as to whether life was endangered when he appeared at Newcastle Crown Court.

Detective Sergeant Alan Whittle, of Northumbria Police, said: “Ian Lenaghan’s actions that afternoon could so easily have resulted in a number of fatalities. It is sheer luck that nobody died in that blast.

“The damage caused on this residential street was significant, at an estimated value of up to £1.4 million. It displaced people from their homes and came at a huge cost to everyone involved.

“I am pleased that he has now been convicted of this offence at court and he must now face the consequences of his mindless actions when he is sentenced next month.

“I would like to thank the community for their incredible cooperation and patience throughout, as well as HSE, Gentoo and our blue-light colleagues who played such an instrumental role in the hours and days after the blast.”

The second male who was taken to hospital has since been discharged.

Lenaghan has been remanded in custody and will be sentenced at Newcastle Crown Court on June 27.