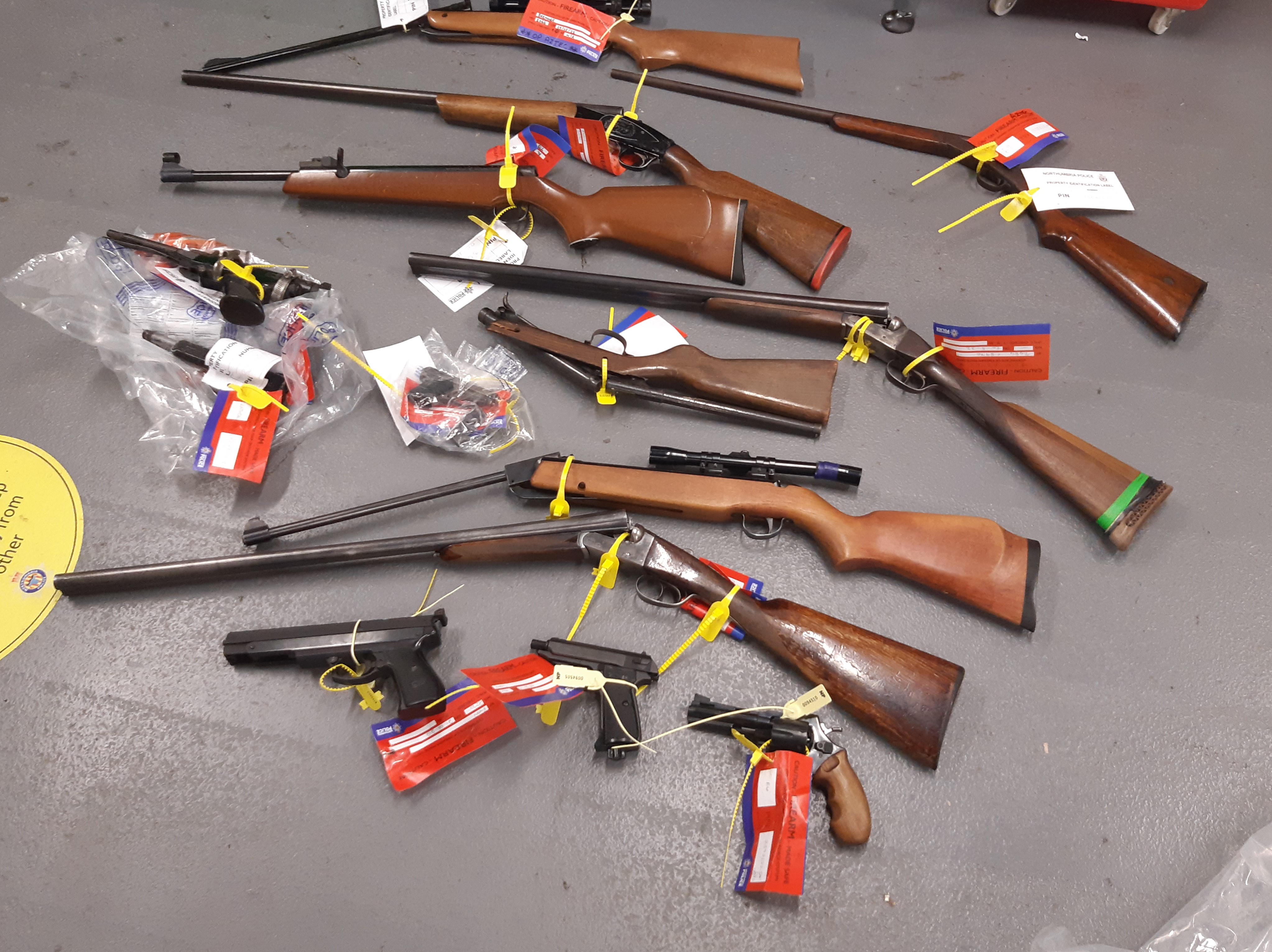 Police have praised communities who come together following a national firearms surrender which saw more than 30 guns handed over.

For the past few weeks police forces across the country have been encouraging people to handover firearms and ammunition as part of a national surrender known as Operation Aztec.

The campaign took place across England, Scotland and Wales, and saw a number of shotguns, pistols, rifles and revolvers brought into stations.

The surrender, which was held between May 12-29, was coordinated by the National Ballistics Intelligence Service (NABIS) and has seen unwanted guns and ammunition handed in nationally.

To date, the Force has received a total of 31 guns and a large quantity of ammunition.

While during the surrender those handing in firearms did not face prosecution for the illegal possession at the point of surrender, the items handed in are forensically examined for any linked criminality and either destroyed or given to museums and exhibitions.

Superintendent David Pickett, from Northumbria Police, was the officer who led the surrender and has praised communities for their support.

He said: “While incidents involving firearms remain rare in our area, it is important we all continue to recognise the impact that these crimes can have on our communities.

“We will remain vigilant in our response to targeting suspects and investigating crimes when they do occur.

“Our work alongside partners to tackle serious and organised crime, safeguard victims and educate the public is a year-round effort – with a range of activity thorough our dedicated Operation Sentinel.”

He added: “We know that the majority of people in our region are responsible gun owners and many of the firearms we’ve received were left forgotten in people’s homes.

“By surrendering unwanted, unlicensed and illegal firearms people help us from keeping those potential weapons from becoming involved in criminality.

“I would like to thank the public for playing their part to help protect communities and keep the North East a safe place to live, work and visit.”

While the surrender is now over, you can still bring any unwanted weapons in your possession to your local station where it will be disposed of safely.

If you know of anyone involved with illegal firearms call police on 101 or the independent charity Crimestoppers anonymously on 0800 555 111.

If you are a licensed firearm holder who wants advice, please contact your local force. For more information about NABIS visit www.nabis.police.uk