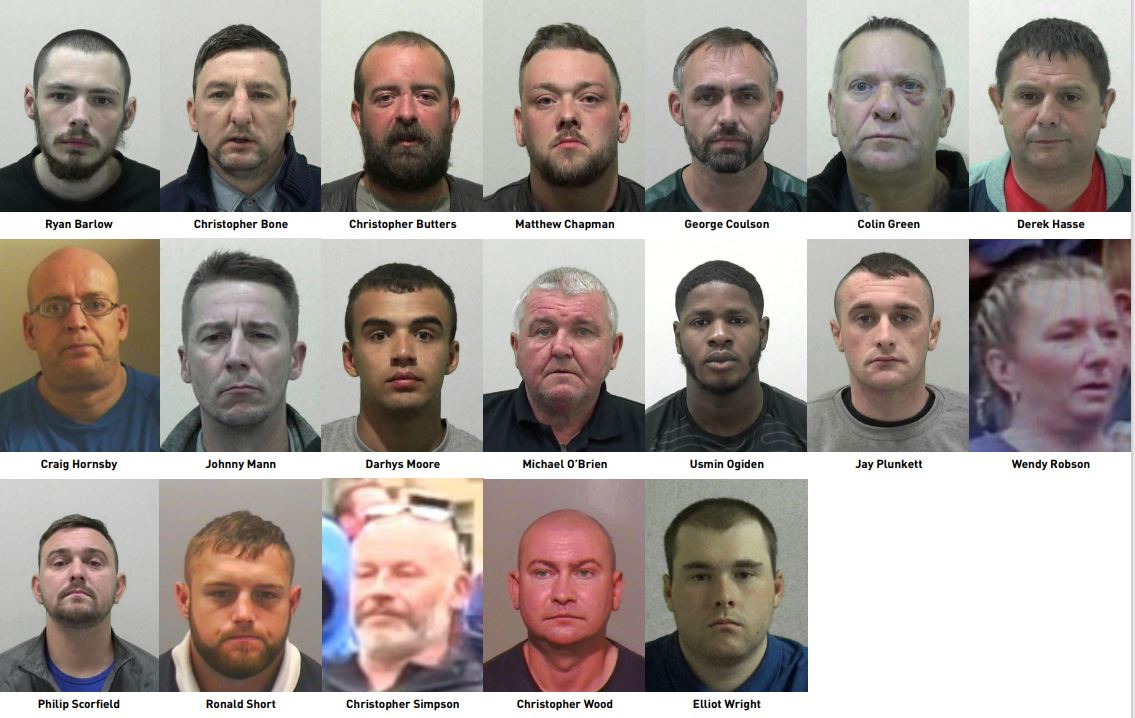 Violent protesters jailed for shameful and unacceptable disorder in Newcastle

Violent protesters have been jailed for more than 42 years for their roles in causing ‘unacceptable and shameful’ disorder in Newcastle.

Pockets of disorder broke out during planned protest activity being held at Grey’s Monument two years ago.

Footage captured on the day showed fighting and scuffles break-out between protesters and counter protesters, as well as missiles being thrown and smoke canisters let off.

The disorder also resulted in a number of officers, police dogs and horses sustaining injuries, as well as a 17-year-old protester, who was taken to hospital with a head injury after she was struck by a bottle.

Vandals also graffitied the Monument and litter was strewn around the surrounding area.

Following the trouble on June 13, a major investigation was launched with scores of suspects arrested and more than 200 hours of footage trawled and examined.

A total of 38 people were charged with violent disorder – 34 men and two women, as well as two teenagers.

In the last two weeks, a total of 20 people have been sentenced at Newcastle Crown Court for their roles – pleading guilty to violent disorder.

Between them they were sentenced to a combined 507 months behind bars.

Speaking after the latest hearing on Friday, Assistant Chief Constable Neil Hutchison condemned the actions of those convicted.

He said: “The scenes we watched unfold during this protest activity were absolutely unacceptable and have no place here in our city – a place which prides itself on being friendly and hospitable.

“I am pleased that those convicted have been brought to justice for their shameful and violent actions.

“We understand the right to lawful protest is a key part of any democracy which the police will uphold, however we will not allow them to be used as an excuse to commit crime.

“I would like to thank the officers, volunteers and police staff, as well as our partners, who formed part of this major investigation. The convictions we have seen are a testament to their hard work and dedication and I hope these results highlight to the wider public that we will not tolerate this type of behaviour.”

A number of those charged with violent disorder are still due to appear in court at a later date. We would therefore ask that people avoid speculation which could impact these cases.

Those convicted and sentenced are as follows: