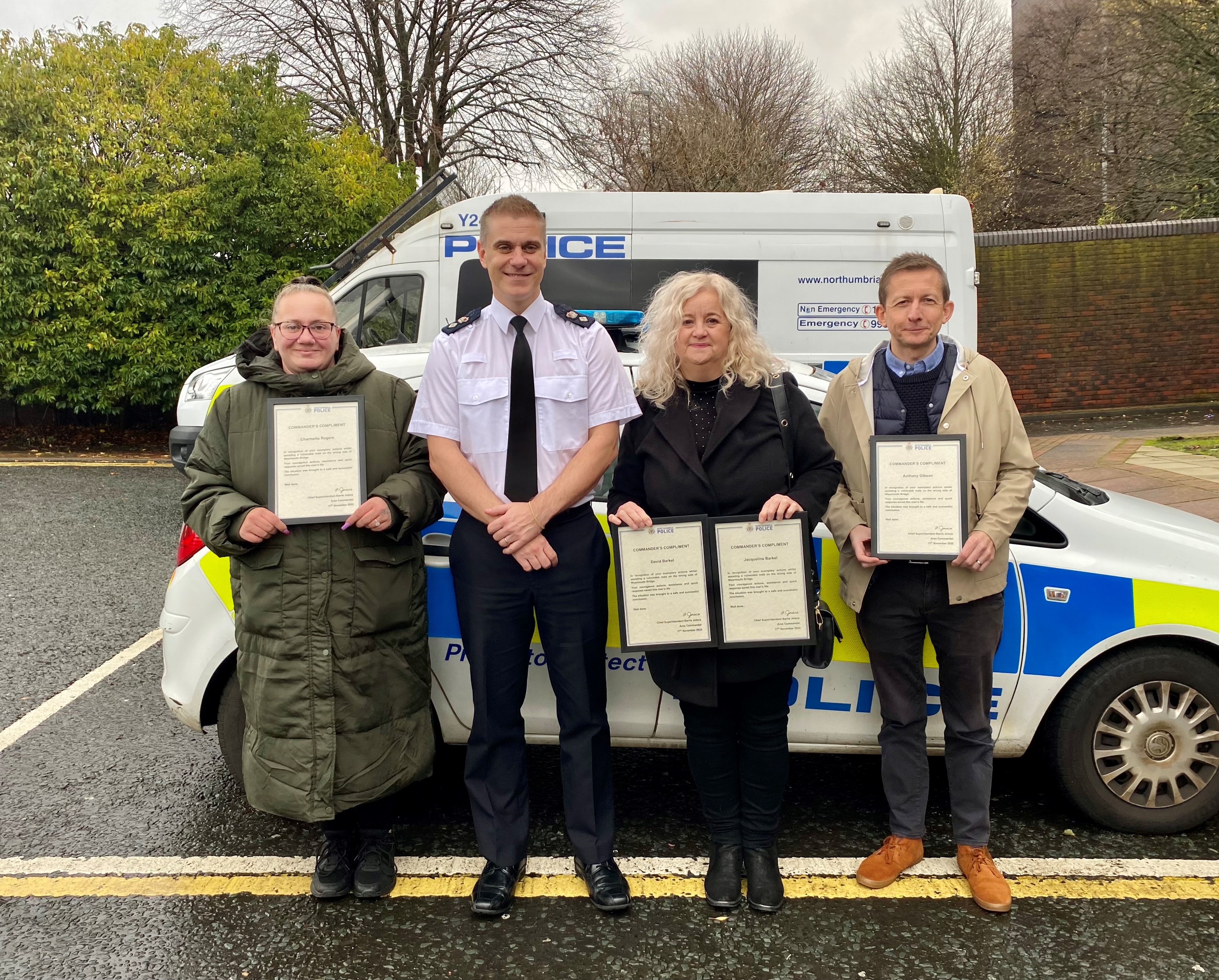 Members of the public who stepped in to save the life of a man on a Sunderland bridge have been praised by a top police officer.

It was a normal day for Anthony Gibson, Charmette Rogers, and David and Jacqueline Barkel who were travelling across the Wearmouth Bridge on September 24.

Shortly after 1pm, each of them happened to spot a distressed man who appeared to be on the wrong side of the railings.

Worried onlookers quickly raised the alarm by dialling 999 to report their concerns to police.

Emergency services were swiftly deployed to the scene but Anthony, Charmette, David and Jacqueline – who had parked their cars safely nearby – decided they couldn’t leave the man alone.

The group decided to cautiously approach the lone man and start to engage in conversation with him.

When officers arrived, they helped the group bring the man to safety.

It was all thanks to the patience and empathy of this group of kind strangers that the man was able to be brought to safety and support was arranged for him.

And last week, a top officer who leads on policing in South Tyneside and Sunderland formally praised each of them for going above and beyond – and awarded them with a Commander’s Compliment certificate for their efforts.

Chief Superintendent Barrie Joisce, of Northumbria Police, said: “Though officers were just minutes away, we know that every second counts in a situation like this.

“Anthony, Charmette, David and Jacqueline showed true compassion and remained calm throughout what would have been a new experience for them all.

“It was thanks to their sensible approach, outstanding communication skills and quick-thinking that the man engaged with them and was brought to safety.

“I am full of praise for everyone involved who demonstrated such empathy and selflessness in a time of need for someone they did not know.

He added: “Though it’s not always appropriate for a member of the public to intervene in an incident like this, a stranger’s kindness can mean the world to someone during a vulnerable moment, and these very kind strangers did absolutely the right thing.

“Thank you for the kindness you were able to show a person who needed help in that moment.”

If you see someone in a similar situation, in distress or danger and believe they need help, always dial 999.