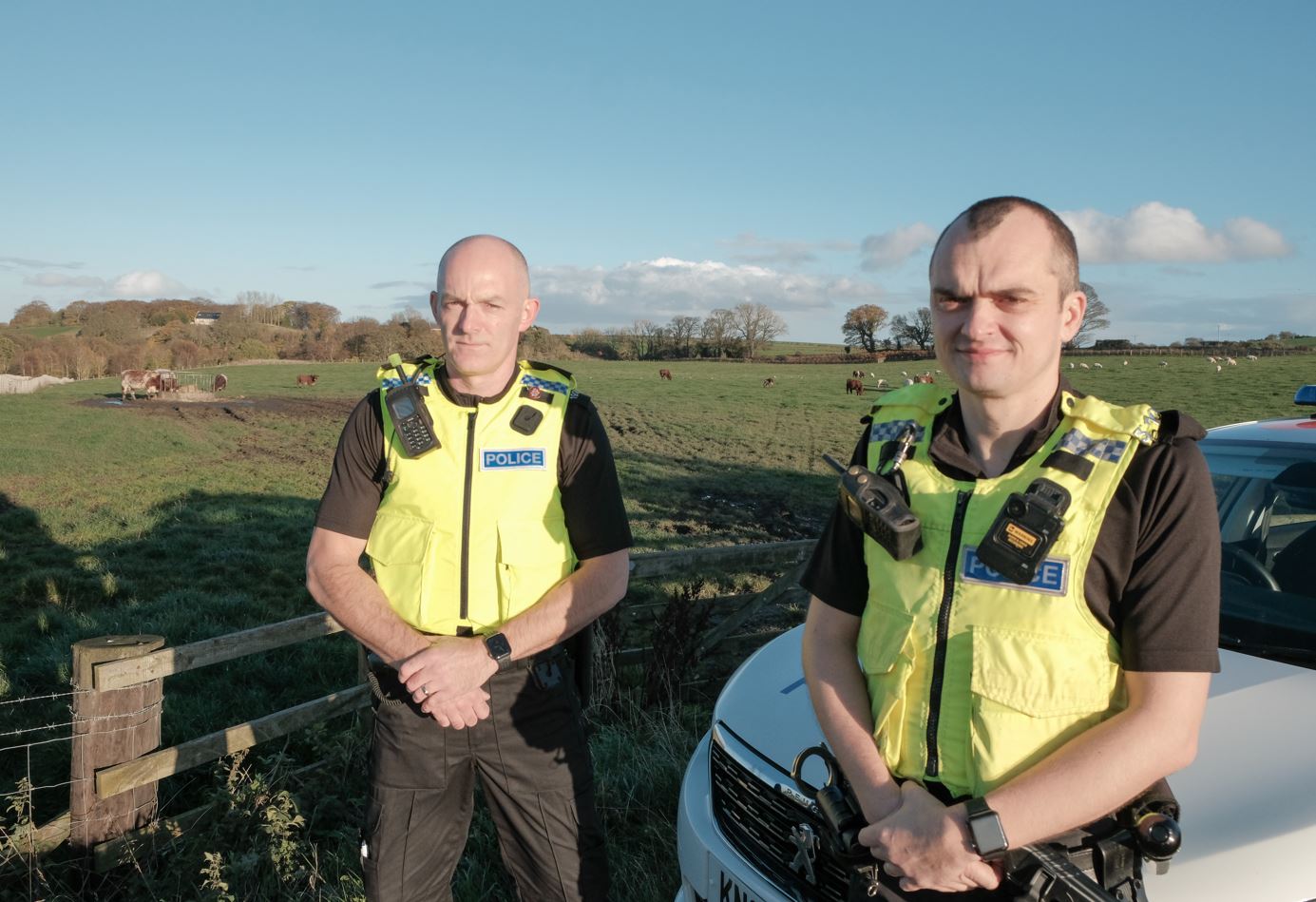 Nine police forces have joined together in one of the biggest rural crime crackdowns of its kind in the UK.

Northumbria Police has teamed up with Forces across the North of England in a joint strike against cross-border poachers.

Significant work has already been undertaken under the banner of Operation Hawkeye to help protect rural communities and target transient criminals who travel large distances between counties to commit crime.

And that work has been boosted by the creation of a region-wide Community Protection Notice (CPN) which will see all nine Forces work as one to prosecute poachers and rural offenders.

The move will hand police and the courts significantly greater powers to combat and prosecute serial cross-border criminals who breach their CPN conditions by repeatedly targeting rural victims.

Northumbria Police’s Deputy Chief Constable Debbie Ford, who is also the national policing lead for Rural and Wildlife Crime, said: “This is a significant and innovative move that will help us combat rural crime not only in Northumbria but across the North of England.

“It is one of the biggest collective crackdowns of its kind in the UK and should send a clear message to those who target our most remote communities - rural crime will not be tolerated.

“Tackling and preventing rural crime is a priority for the Force and this latest initiative builds on the extensive work already underway with our partners.

“The initiative will see a collaboration between Forces to share intelligence and jointly prosecute poachers and offenders who travel across borders to attempt to disguise their criminality.

“By working together, we can continue to protect our communities and bring effective justice against perpetrators.”

The innovative new scheme, supported by the Crown Prosecution Service (CPS), means offenders who commit offences across multiple counties can be prosecuted jointly by the respective Forces.

Before this, if someone committed an offence in one Force area and then travelled to a different county to carry out a second offence, both cases would have been heard in isolation.

Over the coming weeks, Northumbria Police’s dedicated Rural Policing Team will be looking to issue the CPNs for the first time during a number of planned operations.

They will again be supported by the Force’s Rural Crime Volunteers - a team of more than 50 selfless residents who feed information directly into on-patrol officers if they see anything that rouses suspicion in the areas they know best.

He said: “It is very encouraging to see police forces across our region working together to make things more difficult for those intent on committing wildlife crime – especially as our most recent rural crime survey highlighted the significant impact of crimes such as poaching and hare coursing on farmers across the region.

“In total 51 per cent of respondents said they were subjected to regular farm invasions. For years, criminals have taken advantage of cross-border differences between police forces, so having consistent measures in place across nine force areas is a huge step forward.

“Hopefully the farming community and the region’s much-loved wildlife will reap the rewards of this hard-fought drive to clamp down on rural crime.”

The scheme has also been welcomed by the British Association for Shooting and Conservation (BASC), the Country Land and Business Association (CLA) and the National Gamekeepers' Organisation.

CLA Rural Adviser, Libby Bateman said: “It is encouraging to see police forces across the North of England working together on this initiative.

“Criminals are transient, often moving across large distances to seek-out areas of lower resistance.  These new CPNs continue to apply to individuals as they traverse force boundaries, meaning the risk of further sanctions and ultimately a criminal conviction also travels with them.”

A National Gamekeepers’ Organisation spokesperson added: “We are delighted that Northumbria Police have been proactive in helping to tackle poaching, which is by far the most widespread wildlife crime and one that doesn’t get the headlines that it ought to.

“The joint CPN initiative, which combines so much of the North of England, should make a real difference and ensure that when working with the police on crimes carried out by poachers, gamekeepers can have confidence that action will be taken.”