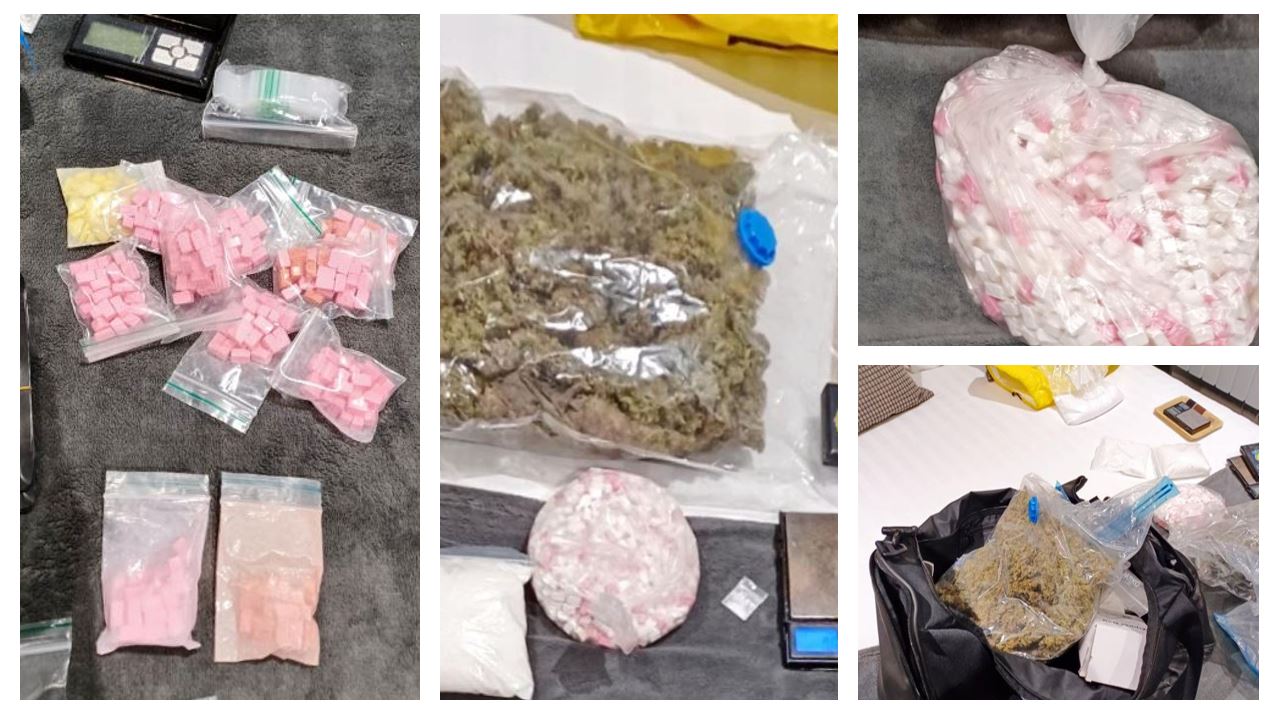 Suspected drug dealer to face courts over Class A seizures worth £88,000

A suspected drug dealer has been charged and quantities of heroin, crystal meth and cocaine seized.

In the early hours of yesterday (Monday, November 21) morning, traffic officers were on patrol near Whitley Bay Ice Rink when they came across a suspicious looking vehicle.

Moments after catching sight of the car, a man has got out and fled the scene, but moments later was chased down and detained by police on Roker Avenue.

The 23-year-old was arrested and taken into custody while his car was searched – with officers finding £2,800 in cash and a quantity of cocaine in the door.

A key to a Newcastle apartment was also recovered from the car – and when officers searched the address, a haul of heroin, crystal meth, ketamine and cannabis with a street value of around £88,720 was also seized.

An investigation was swiftly launched and in less than three hours, the man was charged with a string of drugs offences and acquiring criminal property and was remanded for court today.

Speaking about the Force’s continued activity to tackling serious and organise crime as part of Operation Sentinel Detective Inspector Jason Henry, from Northumbria Police said: “Illegal drugs cause misery in our communities and we will continue to do all we can to disrupt and dismantle those behind the supply and distribution.

“This was a phenomenal effort by officers from across the Force, working together for one common goal. Officers trusted their instincts when they spotted a vehicle they believed to be suspicious, and they were proven right when the occupant jumped out and made off in a bid to evade arrest.

“Once he was taken into custody, we carried out a number of searches and seized a substantial quantity of Class A and B drugs and launched an investigation.

“And thanks to the hard work and dedication of the investigating officers, extensive enquiries were carried out and a file presented to our criminal justice partners, who authorised charges.”

To report suspicious activity, use the Tell us Something page on our website.

Or alternatively you can report anonymously to the independent charity Crimestoppers by calling 0800 555 111.