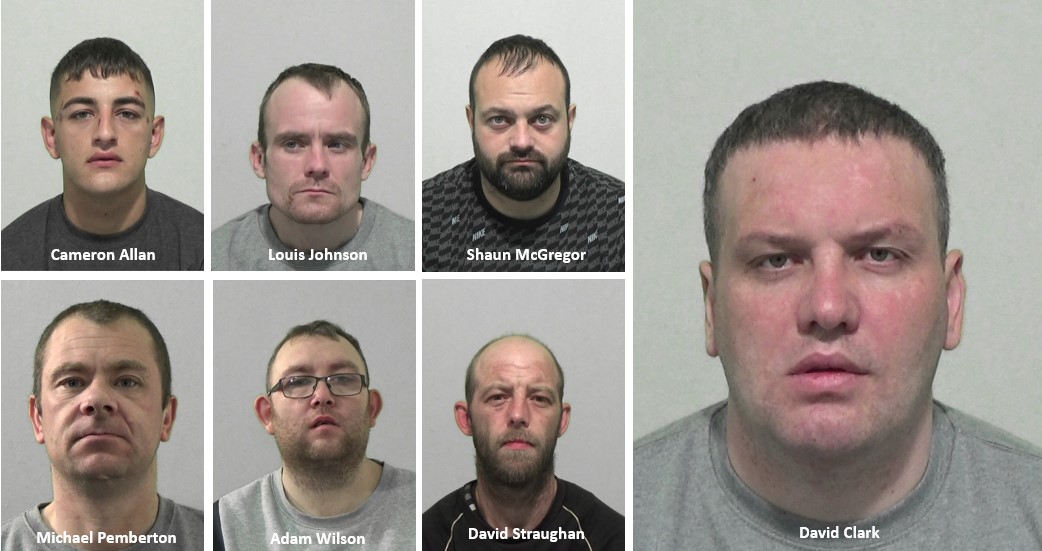 A Wearside thug who taunted a family from his prison cell – along with his criminal associates – has been sentenced to 10 years in prison.

David ‘Porky’ Clark, 38, was found to be at the centre of planning a series of targeted attacks in Southwick while he was locked up in HMP Durham and Holme House in Stockton-on-Tees during 2020 and 2021.

Clark had found himself on remand in Durham from April 2020 and was moved to Stockton after he was sentenced to 44 months in June 2021 for a previous conviction of violent disorder in Southwick.

Detectives launched an investigation following intelligence and reports that Clark had been ordering criminal associates to carry out a range of offences including arson and criminal damage on his behalf.

It was understood that ringleader Clark had been using prison phone lines and a secret mobile phone to contact peers and give them criminal orders.

Reports made in November 2020 saw offensive graffiti plastered in prominent locations slandering another family and a deliberate car fire in a bid to intimidate them.

During this time, Clark was also found to have ordered the theft of two cars – whereby his associates posed as interested buyers to the victims – and both vehicles were later found abandoned by officers.

Meanwhile, detectives from the North East Regional Organised Crime Unit (NEROCU) had also taken an interest in Clark in connection with a number of parcels containing Class A, B and C drugs and other forbidden items that had been thrown over prison walls during 2020 and 2021.

Following extensive enquiries, Clark was arrested in connection with the reports at the Stockton-on-Tees jail on July 1, 2021 and later charged with a string of offences. Nine of his associates were also arrested and charged for their part in each crime.

Following a two-week trial at Newcastle Crown Court, Clark was found guilty of conspiracy to commit arson on September 2 and was again remanded into custody ahead of sentencing. He was found not guilty of perverting the course of justice.

And yesterday (Thursday), eight of the offenders appeared before the same court where ringleader Clark was jailed for a further 10 years and received an indefinite restraining order.

Five men were also handed custodial terms and two others handed restraining orders – while one man received a suspended sentence, and another received a community order. Two other men will be sentenced at a later date.

Detective Sergeant Katrina Moore, who led the investigation for Northumbria Police, said: “This was an extremely complex investigation, but we were determined to unravel the truth.

“Thanks to our extensive enquiries, Clark was found to be at the centre of a string of alarming and targeted attacks and thought he could get away with it all from his prison cell.

“I am pleased that, thanks to the commitment of officers who have worked tirelessly on this case, and effective partnership working, he will now spend even more time behind bars and the severity of his crimes has been reflected in his sentence.

“We will not tolerate violence and organised crime in our communities, and I do hope this outcome offers reassurance to those who were victim to Clark and his associates, and also to those who live and work in the area.”

Detective Sergeant Gaye Martin, of NEROCU, said: “Not only are we committed to tackling organised crime in our communities – but we won’t stand for it happening in our prisons.

“Clark has shamelessly tried to keep up with his criminality behind bars and thought he wouldn’t be caught trying to smuggle illegal drugs and forbidden items into our region’s jails.

“Together with our partners, we will continue to tackle the illegal supply of drugs and dismantle the criminal organisations who supply them under the banner of Operation Sentinel.” 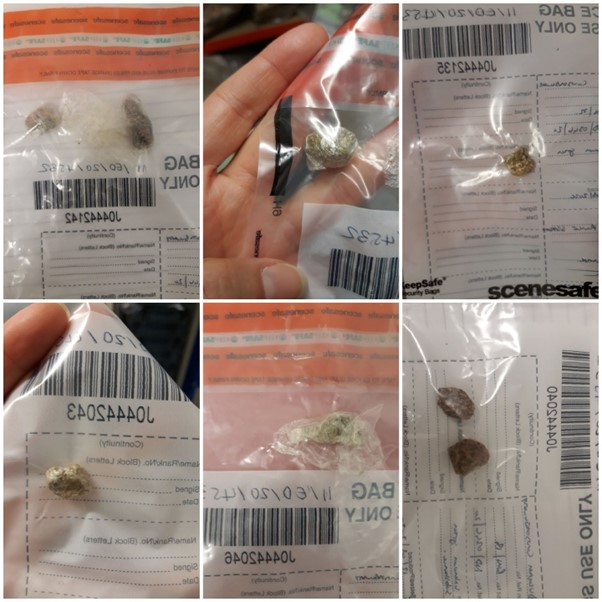