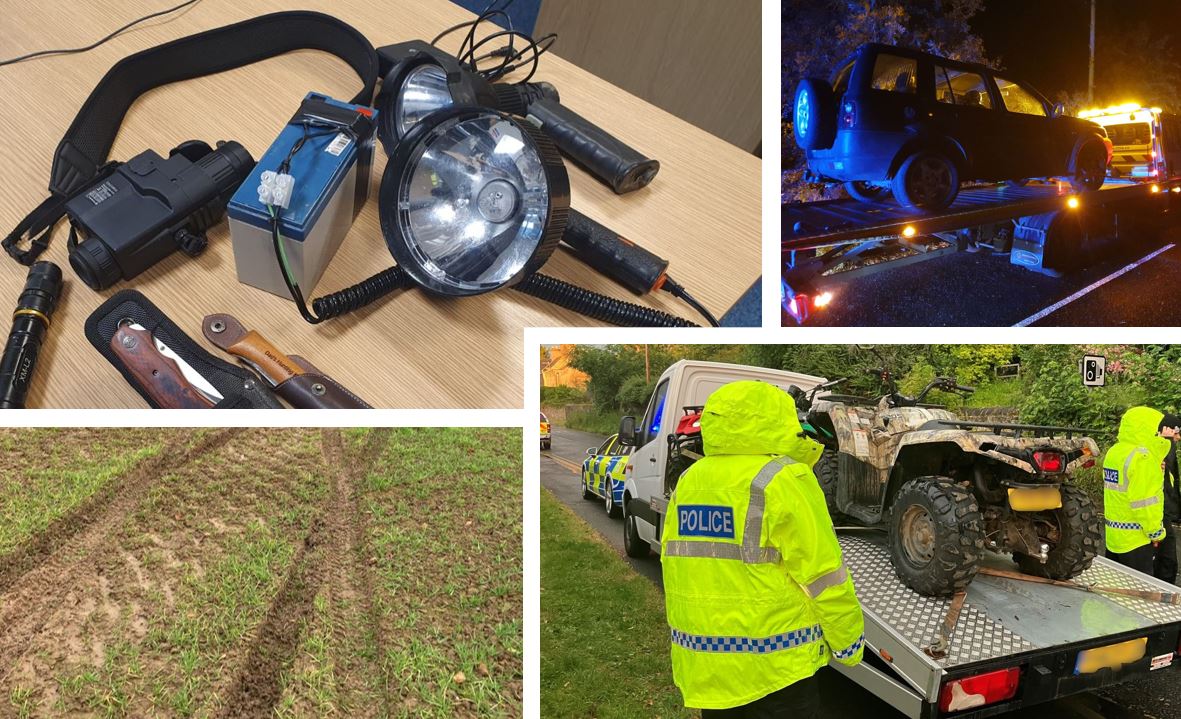 Cross-border criminals and poachers have been warned they are firmly in officers’ sights as a rural crime crackdown gathers momentum.

Operation Checkpoint is set to continue with a series of strike days planned over the coming weeks and months to prevent and tackle rural acquisitive crime, wildlife and poaching offences.

The largest rural crime operation of its kind in the UK, Op Checkpoint sees police, partners and volunteers team together to target criminals known to travel substantial distances between counties to commit crime across the North of England and Scotland.

With the harvest season now underway, police are starting to receive reports of hare coursing, poaching as well as suspicious vehicles travelling across the region’s rural areas.

So officers have taken swift action in a bid to put the brakes on criminality, building on this summer’s activity which saw hundreds of proactive stops across the region’s rural roads.

Police will once again be supported by the Force’s Rural Crime Volunteers – a team of more than 50 selfless residents who feed directly into on-patrol officers if they see anything that rouses suspicion in the areas they know best.

Sergeant Calum Meikle, who has recently joined the Force’s dedicated Rural Policing Team, said: “Operation Checkpoint is a hugely successful initiative that hits criminals hard and helps to protects our most remote communities.

“It has consistently got results in terms of preventing crime and identifying perpetrators – and that’s down to the superb teamwork between all the Forces involved, our Rural Crime Volunteers and partners.

“We are one of the only Forces in the country to have Rural Crime Volunteers and their contribution is invaluable. Most of them live rurally, they are experts at spotting things that don’t quite look right – and they help us get to where we need to be within minutes.

“At this time of year, we usually see an increase in poaching and wildlife offences – and these groups are firmly in our sights over the coming weeks.

“They often use dogs to indiscriminately kill wildlife, often for betting purposes, whilst leaving behind a trail of destruction by damaging fields and fences with vehicles.

“This simply will not be tolerated and anyone involved should be warned – we are in the area, and when we spot you, you will be brought to justice.”