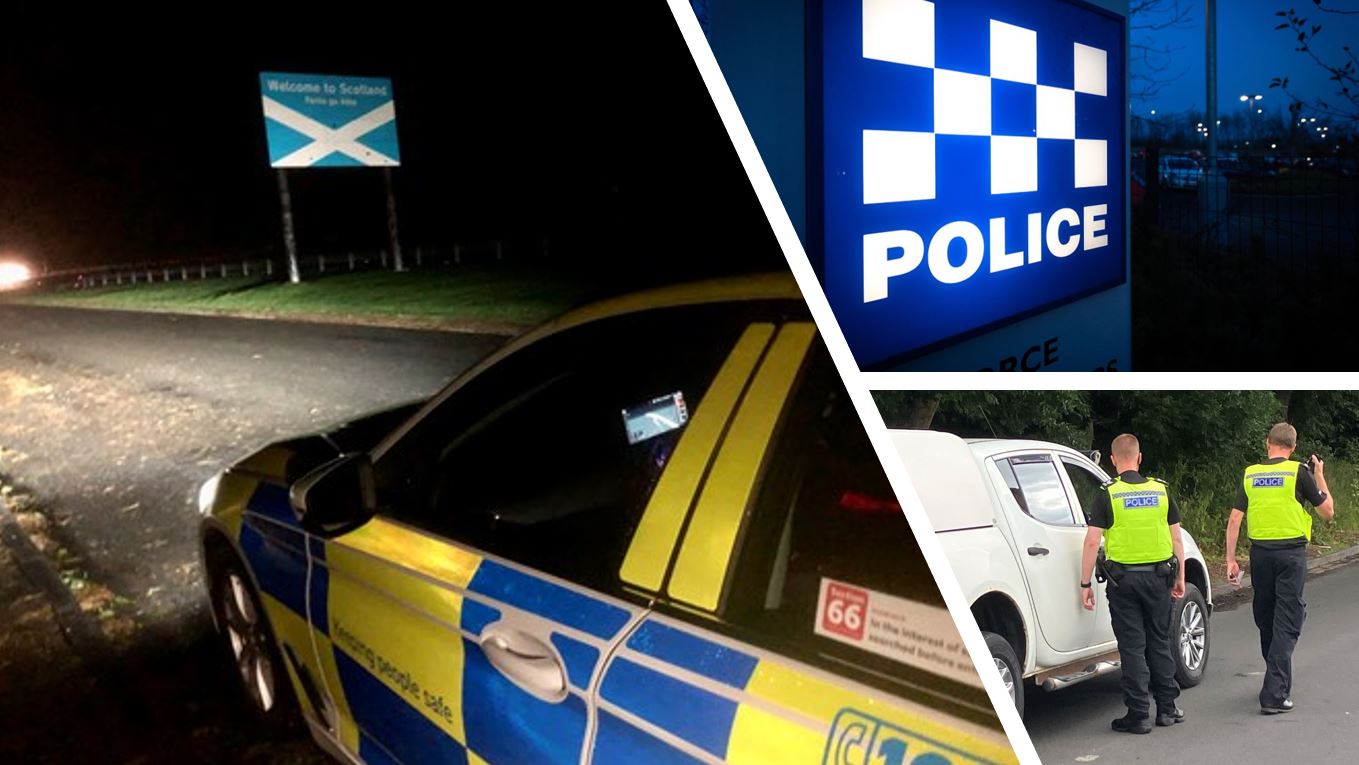 A coordinated rural crime crackdown on both sides of the Border saw more than 140 vehicles stopped by officers.

This week Northumbria Police and Police Scotland joined forces as part of Operation Winterberry, a joint initiative to clamp down on criminal groups who travel across borders to commit rural crime.

Scouring the main and rural roads running between England and Scotland, officers were on the lookout for travelling criminals and suspicious vehicles – including those towing trailers, quad bikes or equipment linked to livestock.

During the course of Wednesday’s overnight operation which spanned much of the border, officers stopped and checked 147 vehicles as they maintained the momentum gathered in recent rural operations.

“That’s why it’s imperative we continue to work together with our neighbouring forces and partners to tackle it.

“This level of collaboration with our colleagues in Scotland and other forces in the north of England is an efficient and effective way of making best use of our resource, skills and knowledge.

“Tackling rural crime is a priority for Northumbria Police and a significant amount of work is ongoing, aided by the vital support of our Rural Crime Volunteers, to tackle rural crime and support communities who live in remote areas.

“Initiative such as Farm Watch and Operation Checkpoint are consistently getting results, and we look forward to further joint initiatives with Police Scotland, neighbouring forces and our partners over the coming weeks and months.”

As a result of the operation, one vehicle was uplifted, one driver reported in connection with road traffic offences, two drivers given police warnings and several other motorists were provided with information and advice.

That followed a concentrated effort on a number of roads including the A7, B6357, B7201 and service stations on the A(M)74.

Chief Inspector Vincent Fisher, Local Area Commander for the Scottish Borders said “Operation Winterberry is recognition of the fact travelling criminals do not respect regional boundaries and travel throughout the country, targeting vulnerable rural properties, depriving people of vehicles, quad bikes, trailers and other items of equipment often vital to livelihoods and the care of livestock.

“There is already an excellent flow of intelligence back and forth between Police Scotland and other forces in the north of England, and Winterberry demonstrates a high level of operational collaboration , with officers from English and Scottish forces working closely on the ground, pooling resources, sharing local intelligence, tactics and best practice.”

Last week, a further 50 vehicles were stopped across Northumbria, Durham and Cumbria as part of Operation Checkpoint.

Officers were supported by the Force’s Motor Patrols Department and Special Constabulary, along with 13 Rural Crime Volunteers and Environment Agency Fisheries Enforcement officers.