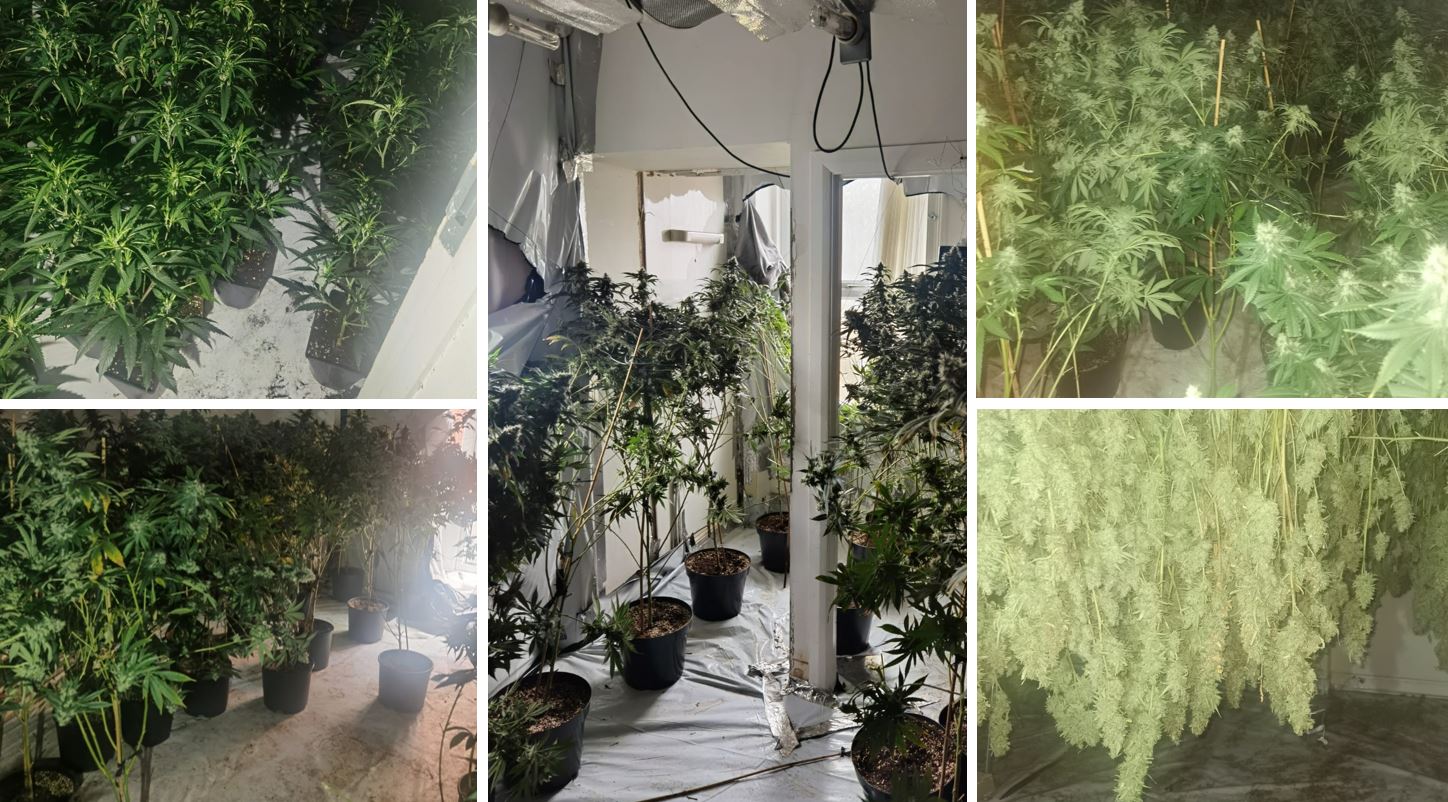 Officers seize more than £400,000 worth of cannabis from industrial sized farm in Gateshead

An industrial sized drugs factory found hidden in a former guest house has been shut down thanks to help from the community.

Officers from Northumbria Police’s Serious and organised Crime team executed a warrant at the Old Manse Guest House in Birtley yesterday (Thursday), where they uncovered a large-scale cannabis farm made up of more than 1,000 plants.

The contents, which were all at various stages of growth, are believed to have a street value of £360,000. There was also a quantity of dried cannabis worth £60,000 which was also seized. The electricity had also been bypassed and a range of equipment recovered.

Detective Sergeant Chris Johnson led the strike and said he hoped the activity would be a clear sign of the Force’s stance on illegal drug supply.

He said: “This was a substantial sized farm with the potential of making hundreds and thousands of pounds in criminal cash, which we believe would have been further invested in organised crime.

“Stopping an operation like this in its tracks is no mean feat, but it is thanks to the hard work of intelligence officers and neighbourhood teams, who have come together to secure such a positive result, with the assistance of our local communities.

“This warrant was executed after we received information from members of the community who suspected something was not quite right and got in touch. Their information has been crucial.

“Under the banner of Operation Sentinel, we will continue to disrupt and dismantle organised crime in the North East – and this is another example of the important role that the public can play in supporting us.”

The farm has since been dismantled and the drugs seized. Enquiries are ongoing to trace those responsible for the farm.

Det Sgt Johnson added: “We’d ask the public continue to help be our eyes and ears to this type of criminality and we’d especially ask landlords to be extra vigilant with who might be renting or using their units and premises.

“If you see anything suspicious in your community, please let us know. Your information could result in us bringing effective justice against criminals who are operating in your area.”

Anyone with concerns about suspected criminality in their community is encouraged to contact police via the ‘Tell Us Something’ page of our website or by calling 101. In an emergency, always ring 999.