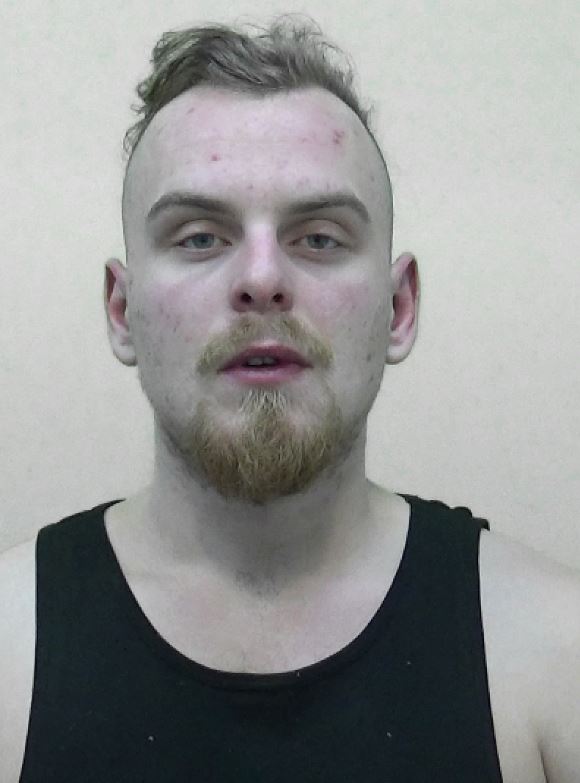 A thug who fractured his victim’s skull with a piece of wood has been jailed for more than three years.

Benjamin Hawkins appeared in court earlier this week where he was jailed for the violent attack, which saw him strike his victim and hospitalise him with serious injuries.

Newcastle Crown Court heard that in the early hours of January 17, Hawkins, had called his victim and asked him to do a small favour for him.

The victim, aged 50, obliged and later showed up at Hawkins’ address, but was greeted with anger and hostility – and the pair soon exchanged blows inside the house.

When the fight ended, the victim left the property, but as he made his way home, he noticed a blue car, driven by an associate of Hawkins coming towards him.

Thankfully he managed to get out of the way, but was soon approached by Hawkins and hit over the head.

The victim was taken to hospital, where he would be later be told he had suffered a bleed on the brain, a fractured skull and cheekbone as well as a chipped eye socket and lost part of his ear.

Hawkins was arrested at his address on Acton Place, Newcastle with officers recovering a wooden stick from the property.

He was later charged and appeared at Newcastle Crown Court on July 6 where he admitted a section 18 assault, and possession of an offensive weapon.

And on Wednesday he was back at the same court where he was jailed for a total of 39 months.

Speaking after the sentencing, Detective Constable Michael Ayre said: “This was a violent attack and I am pleased the victim is recovering well, as the injuries he sustained could have had some very serious consequences.

“Hawkins was in an aggressive mood that night and made it clear he was going to cause harm. He threatened his victim after they came to blows over an unrelated matter and then carried them out –– knocking his victim unconscious and leaving him unresponsive.

“Thanks to a swift and detailed investigation, Hawkins had no choice but to admit his guilt and I am pleased with the sentence handed down. There is never an excuse for violence of this nature and it is only right Hawkins is behind bars.”

You can report an incident via our website, using the “Tell us Something” page.