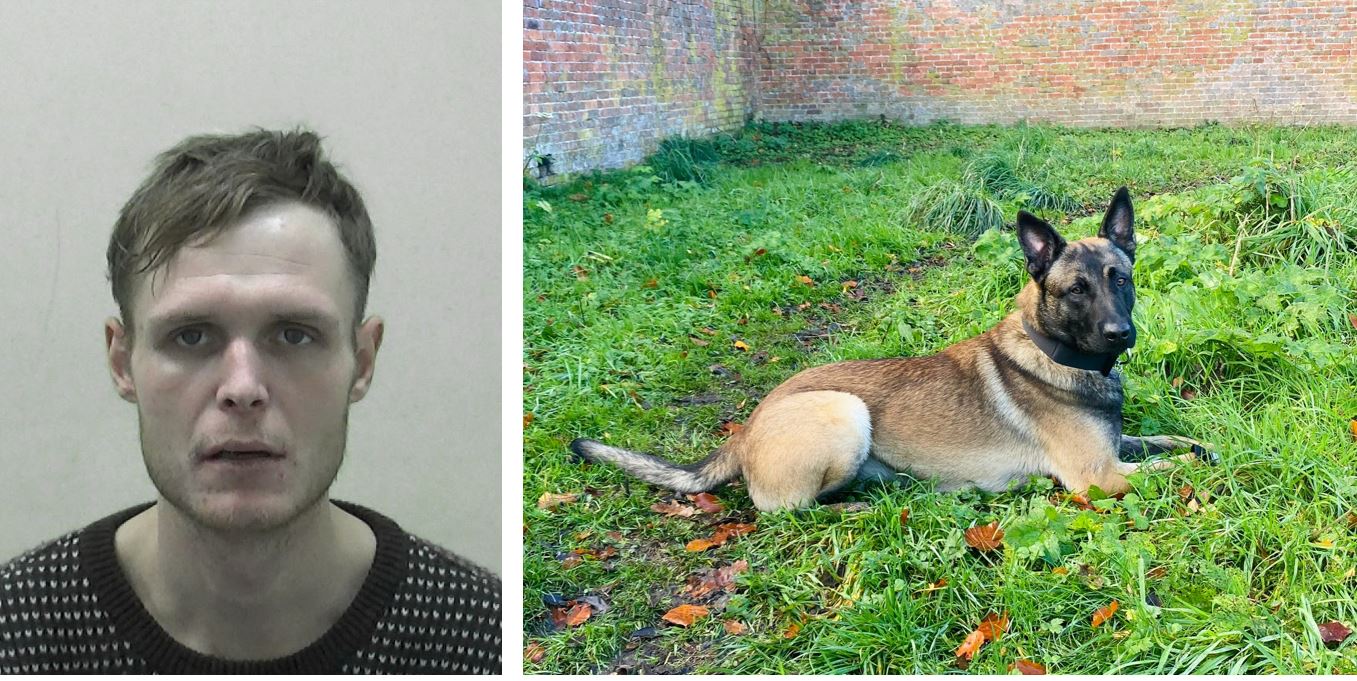 A burglar’s ill-gotten gains which were stolen from a Newcastle clothing store were sniffed out thanks to excellent work from a police dog during the early hours of the morning.

Officers from Northumbria Police were called to reports of a burglary at a store in High Bridge Street in the city centre shortly before 4am yesterday (Monday).

Although there was no-one in the store when officers arrived, images taken from the business’s CCTV footage provided a description of an offender.

Following a short foot chase Liam Percival, 29, was then arrested on suspicion of burglary and taken into custody.

The Force’s Operations Department then deployed Police Dog (PD) Creed. PD Creed managed to locate a bag of clothes hidden in dense undergrowth by the underpass at Swan House Roundabout.

The items of clothing contained labels from the premises which was burgled.

The clothing is believed to be worth around £300 in total.

After he was taken into custody, Percival was charged with two counts of burglary, one of which related to a burglary at a Newcastle bar in December last year.

Percival, of Armstrong Road, Newcastle, admitted both offences at a hearing at Newcastle Magistrates’ Court today (Tuesday) and was sentenced to six months in prison.

Chief Inspector Mick Hall, of Northumbria Police, said: “This was fantastic work from our officers and PD Creed to track down the suspect in this case and recover the items taken in the burglary.

“We hope that this highlights just how important a part of our force the Dog Section is, playing a significant role in crime detection and hunting down and recovering stolen items.

“The positive outcome is thanks to excellent teamwork between our officers and of course PD Creed, who has certainly earned some extra treats after this shift.”

Officers would also ask the wider public, including businesses, to continue to work with them to help reduce the impact burglary can have by ensuring doors, windows and properties are kept secure and valuables out of view.

If you want to find out more about what’s happening in your area, sign up to our new messaging platform – Northumbria Connected. Visit www.northumbriaconnected.co.uk/ for more information.