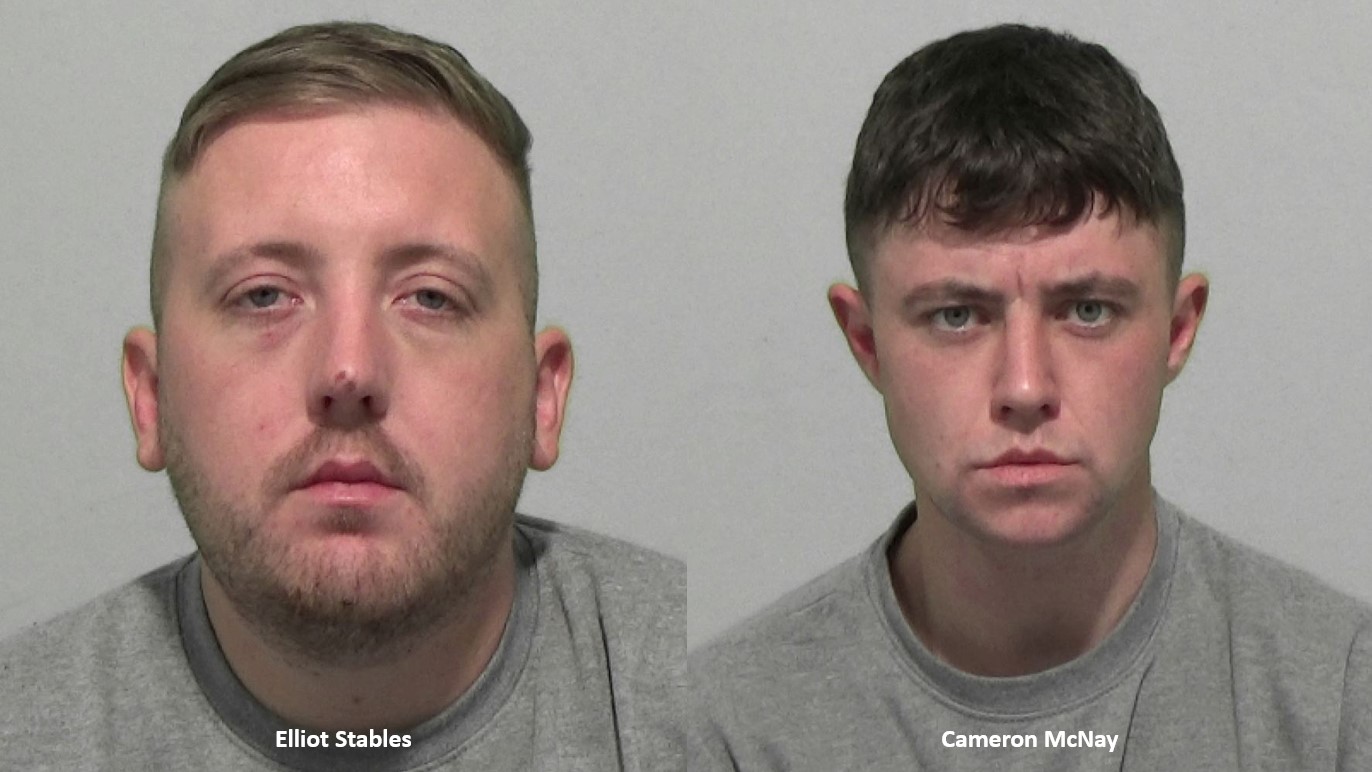 A violent duo has been jailed for more than 10 years combined for their part in an unprovoked street attack in Sunderland.

At around 8.30pm on Thursday, July 7 last year, police received a report that a man had been assaulted in the Durham Road area of the city.

It was alleged that the victim – aged 27 at the time – was on the street when he was approached by four other men believed to be known to him.

The offenders proceeded to strike him on the back of his head, and the victim was knocked unconscious leaving him with serious head and facial injuries.

The group of men all fled the scene on foot, taking the victim’s phone, and the incident was later reported to police.

Detectives immediately launched an investigation to locate those responsible and, as part of their enquiries, they issued an appeal to the public for information.

Intelligence soon led officers to arrest two men – Cameron McNay and Elliot Stables – in connection with the attack in the days that followed.

Both men were questioned by police and later charged to appear before the courts.

Leading the case, Detective Constable Sean Bulpitt, of Northumbria Police, said: “This was a shocking attack which saw a group of men target a man who was known to them.

“The victim suffered serious injuries which will have a lasting impact on him both physically and mentally in the future.

“I am pleased to see both McNay and Stables behind bars for their despicable behaviour – despite McNay trying to convince the victim not to speak to the police.

“Thanks to hard work from officers on the case, along with crucial information from the public, the pair were faced with strong evidence against them, leaving them little choice but to admit their guilt at the earliest opportunity.

“To be clear, there is absolutely no place for violence in our communities and we will continue to take robust action against any offenders detected in our area.”